News flash from Florida legislators: Telegraph era is over 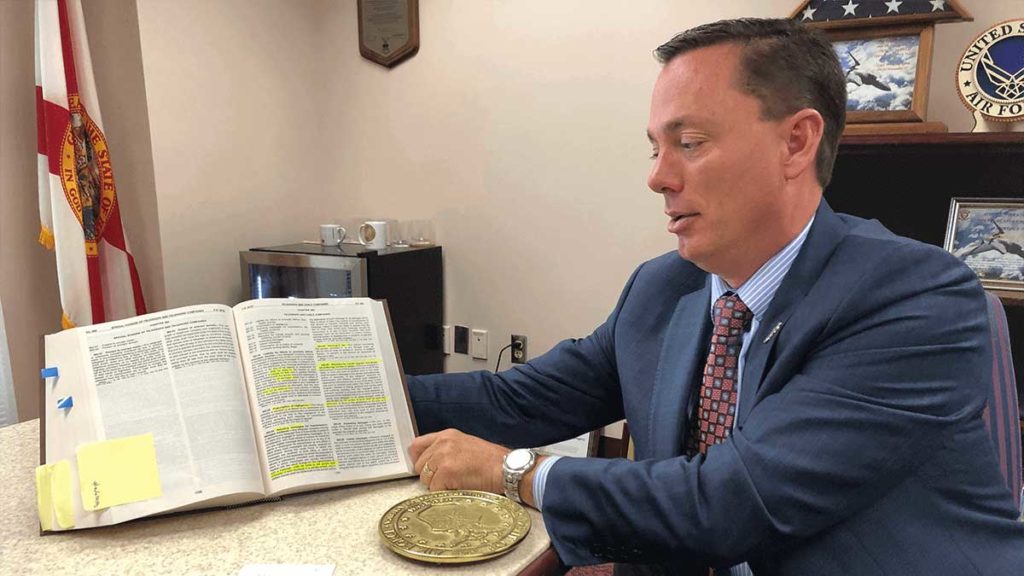 TALLAHASSEE, Fla. (AP) — Florida lawmakers are transmitting a news bulletin: The telegraph era is over.

Before there was instant messaging, emails and even corded telephones, there was the reliable telegraph to instantaneously transmit messages far and wide. Now, people turn to the internet, text messaging, Twitter, gifs and emojis to write their long-distance notes.

While thumbing through a volume of Florida laws, state Rep. Tommy Gregory and a colleague came upon old statutes regulating the telegraph industry.

“I wondered if they were now obsolete,” said Gregory, a former lieutenant colonel in the Air Force.

“We probably haven’t sent a telegraph in the state of Florida in more than a decade,” Gregory said in an interview. Indeed, it’s anybody’s guess when that final Florida missive might have been tapped into the ether. Western Union, once a leading telegraph service provider, sent out its last telegram on Jan. 27, 2006.

Gregory considered the statutes useless in today’s era of smartphones and emails, and he moved to rip the laws out of the state’s books.

A state House committee on Wednesday agreed unanimously to repeal Chapter 363 of the Florida Statute in its entirety. One lawmaker cheekily registered his vote by using his fingers to tap into the dais as if using Morse Code.

Back in its day, the telegraph was cutting-edge technology. Until Samuel Morse invented his eponymous code and sent out the first message by telegraph in 1844, stagecoaches were still the speediest way to get a message from coast to coast.

Telegram companies were once common. During America’s wars, a telegram arriving at a family’s door was a thing to be dreaded, perhaps containing the news of a beloved service member’s death. Air travel and interstate highways later made mail delivery faster and cheaper. Then the corded telephone became ubiquitous. Fax machines also became common. More recently, email and the Internet allowed for instantaneous messaging.

These days, smartphones have become the go-to communications tool.

The Florida law was adopted more than a century ago and remained mostly unchanged since 1913.

It established penalties against telegraph companies that refused to transmit messages, making them liable for damages for mental anguish and physical suffering because of their failure to promptly and correctly transmit or deliver a telegram.

Based on their research, legislative staffers concluded that “the provisions of chapter 363, F.S., are outdated and no longer applicable.”

Gregory, an anti-red tape Republican, said the matter might not be urgent, but not necessarily a trivial exercise.

“This is not health care. Right. This is not an in-depth and complex legislation,” he said.

“But I think we need to reduce the footprint of government.”

This story has been corrected to remove a reference to the Pony Express, which began its brief operation in 1860, after the advent of the telegraph.