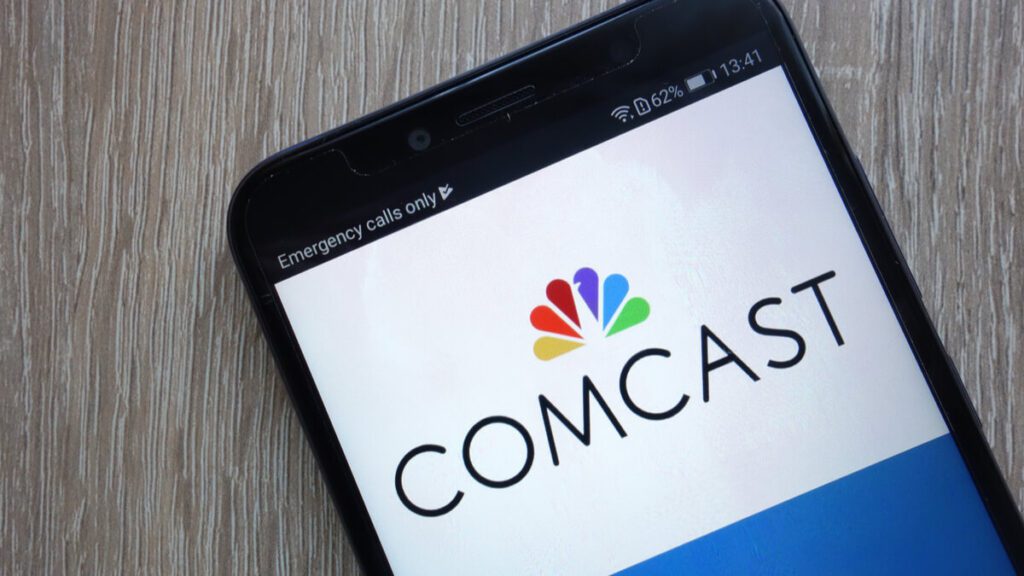 NEW YORK (AP) — The coronavirus pandemic took a toll on Comcast in the second quarter as movie theaters closed, theme parks shut down and advertisers cut back.

The company reported Thursday that its NBCUniversal TV, film and theme park divisions, as well as its Sky unit in Europe, all suffered steep drops in revenue in the April-June quarter.

But period was not all grim news. The Philadelphia-based company added U.S. internet customers and 10 million people have signed up for its new Peacock streaming service since April. Peacock is free for Comcast customers and has been available to them since April, but opened to the general public, with a much-promoted free tier, on July 15. Comcast has said it hopes to have 30 million to 35 million users by 2024.

That is where the focus was on Wall Street, and shares rose almost 4% before the opening bell.

Comcast’s other entertainment divisions showed how the pandemic has hit its business. NBCUniversal revenue fell 25% to $6.12 billion. NBC reopened Universal Studios Japan and its Universal park in Orlando, Florida, in early June, despite a surge of cases in Florida. Disney’s Florida park also reopened this month. The theme park business shrank to $87 million in revenue from $1.46 billion a year ago.

The movie division’s revenue fell 18% to $1.19 billion. The pandemic has upended the movie business, shutting down Hollywood production and the distribution of films. Comcast struck an industry-changing deal with AMC on Tuesday that will let it offer its movies to customers at home much faster — after just 17 days rather than three months.

Meanwhile, advertising revenue for NBC’s cable networks, like Bravo and USA Network, fell 27% to $679 million; for the broadcast networks NBC and Telemundo, it dropped 28% to $959 million.

Broadband has become a requirement for the many people working and studying from home. Comcast isn’t counting 600,000 customers who are on a free promotion for low-income people or who have halted payments because of financial difficulties stemming from the pandemic and its economic fallout.

The cable and home internet division’s revenue was roughly unchanged at $14.43 billion.