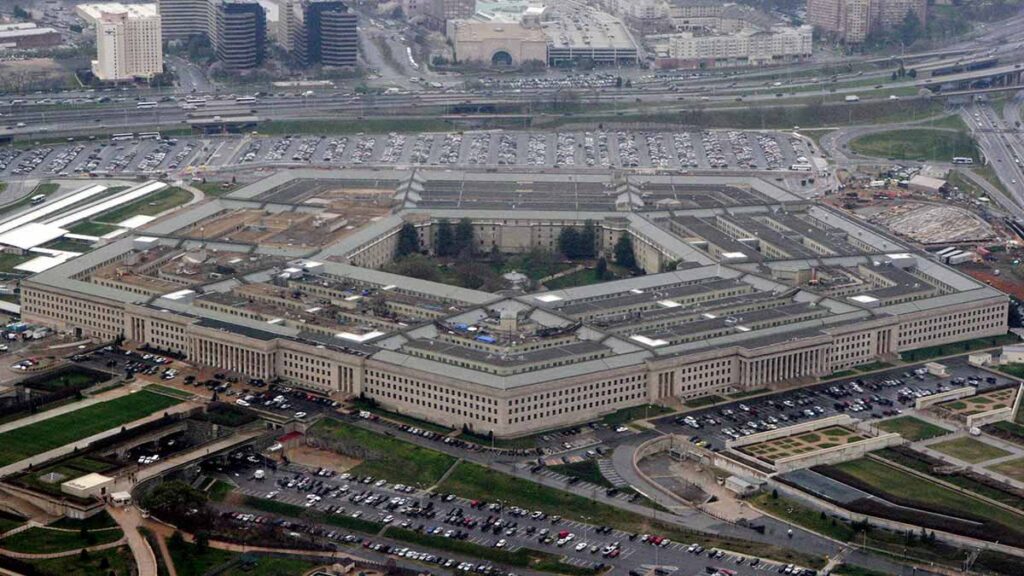 The Pentagon said it canceled a disputed cloud-computing contract with Microsoft that could eventually have been worth $10 billion. It will instead pursue a deal with both Microsoft and Amazon and possibly other cloud service providers.

“With the shifting technology environment, it has become clear that the JEDI Cloud contract, which has long been delayed, no longer meets the requirements to fill the DoD’s capability gaps,” the Pentagon said in a statement Tuesday.

The statement did not directly mention that the Pentagon faced extended legal challenges by Amazon to the original $1 million contract awarded to Microsoft. Amazon argued that the Microsoft award was tainted by politics, particularly then-President Donald Trump’s antagonism toward Amazon founder, Jeff Bezos, who stepped down Monday as the company’s chief executive officer. Bezos owns The Washington Post, a newspaper often criticized by Trump.

The Pentagon’s chief information officer, John Sherman, told reporters Tuesday that during the lengthy legal fight with Amazon, “the landscape has evolved” with new possibilities for large-scale cloud computing services. Thus it was decided, he said, to start over and seek multiple vendors.

Sherman said JEDI will be replaced by a new program called Joint Warfighter Cloud Capability, and that both Amazon and Microsoft “likely” will be awarded parts of the business, although neither is guaranteed. Sherman said the three other large cloud service providers — Google, IBM and Oracle — might qualify, too.

Microsoft said in response to the Pentagon announcement, “We understand the DoD s rationale, and we support them and every military member who needs the mission-critical 21st century technology JEDI would have provided. The DoD faced a difficult choice: Continue with what could be a years-long litigation battle or find another path forward.”

Amazon said it understands and agrees with the Pentagon’s decision. In a statement, the company reiterated its view that the 2019 contract award was not based on the merits of the competing proposals “and instead was the result of outside influence that has no place in government procurement.”

Oracle, which had earlier sought the JEDI contact but didn’t make it to the final round, declined comment Tuesday. In separate statements, IBM said it was evaluating the new Pentagon approach and Google said it looked forward to discussing it with Pentagon officials.

The JEDI project began with the $1 million contract award for Microsoft, meant as an initial step in a 10-year deal that could have reached $10 billion in value. The project that will replace it is a five-year program; Sherman said no exact contract value has been set but that it will be “in the billions.” Sherman said the government will negotiate the amount Microsoft will be paid for having its 2019 deal terminated.

Amazon Web Services, a market leader in providing cloud computing services, had long been considered a leading candidate to run the Pentagon’s Joint Enterprise Defense Infrastructure project, known as JEDI. The project was meant to store and process vast amounts of classified data, allowing the U.S. military to improve communications with soldiers on the battlefield and use artificial intelligence to speed up its war planning and fighting capabilities.

The JEDI contract became mired in legal challenges almost as soon as it was awarded to Microsoft in October 2019. The losing bidder, Amazon Web Services, went to court arguing that the Pentagon’s process was flawed and unfair, including that it was improperly influenced by politics.

This year the Pentagon had been hinting that it might scrap the contract, saying in May that it felt compelled to reconsider its options after a federal judge in April rejected a Pentagon move to have key parts of Amazon’s lawsuit dismissed.

The JEDI saga has been unusual for the political dimension linked to Trump. In April 2020, the Defense Department inspector general’s office concluded that the contracting process was in line with legal and government purchasing standards. The inspector general found no evidence of White House interference in the contract award process, but that review also said investigators could not fully review the matter because the White House would not allow unfettered access to witnesses.

Five months later, the Pentagon reaffirmed Microsoft as winner of the contract, but work remained stalled by Amazon’s legal challenge.

In its April 2020 report, the inspector general’s office did not draw a conclusion about whether the Redmond, Washington-based Microsoft Corp. was appropriately declared the winner. Rather, it looked at whether the decision-making process was proper and legal. It also examined allegations of unethical behavior by Pentagon officials involved in the matter and generally determined that any ethical lapses did not influence the outcome.

That review did not find evidence of White House pressure for the Pentagon to favor the Microsoft bid, but it also said it could not definitely determine the full extent of White House interactions with the Pentagon’s decision makers.