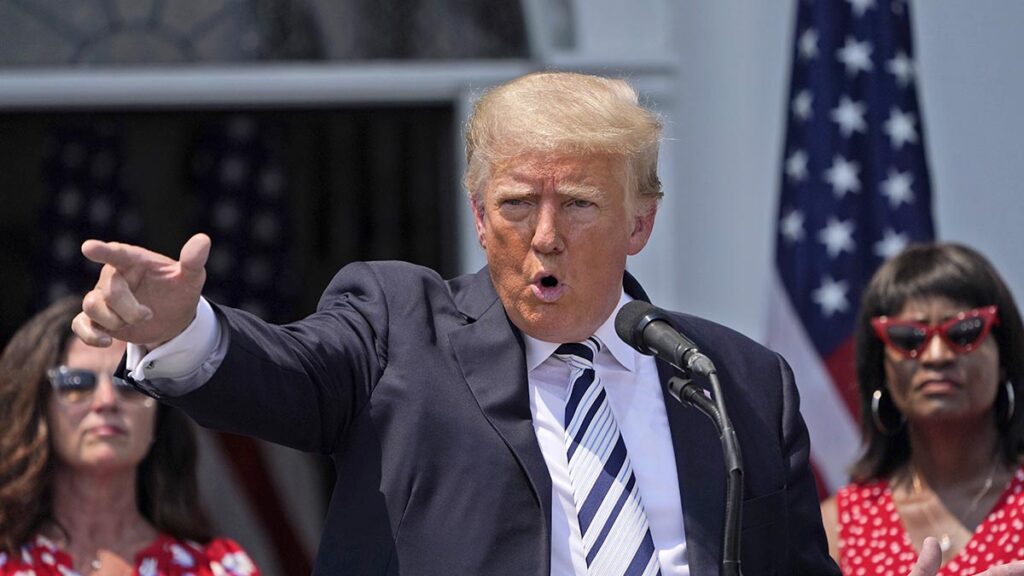 Former President Donald Trump has filed a suit against three of the country’s biggest tech companies, claiming he and other conservatives have been wrongfully censored. But legal experts say the suits are likely doomed to fail, given existing precedent and legal protections.

Trump announced the action against Facebook, Twitter and Google’s YouTube, along with the companies’ Mark Zuckerberg, Jack Dorsey and Sundar Pichai, at a press conference Wednesday in New Jersey, where he demanded that his accounts be reinstated.

Trump has been suspended from the platforms since January, when his followers violently stormed the Capitol building, trying to block Congress from certifying Joe Biden’s presidential win. The companies cited concerns that Trump would incite further violence and have kept him locked out. All three declined comment Wednesday.

Twitter, Facebook and Google are all private companies, and users must agree to their terms of service to use their products. Under Section 230 of the 1996 Communications Decency Act, social media platforms are allowed to moderate their services by removing posts that, for instance, are obscene or violate the services’ own standards, so long as they are acting in “good faith.” The law also generally exempts internet companies from liability for the material that users post.

But Trump and some other politicians have long argued that Twitter, Facebook and other social media platforms have abused that protection and should lose their immunity — or at least have it curtailed.

While conservatives often claim the sites are biased against them, several recent studies have found that isn’t the case. Indeed, posts by conservative commentators like Ben Shapiro, Franklin Graham, Dan Bongino and Dinesh D’Souza are routinely among the most widely shared on Facebook.

The suit against Facebook and CEO Zuckerberg says Facebook acted unconstitutionally when it removed Trump from the platform. Suits against Twitter and YouTube make similar claims. All three ask the court to award unspecified damages, declare Section 230 unconstitutional and restore Trump’s accounts, along with those of several other plaintiffs who joined the suits and have also had posts or accounts removed.

Trump’s lawsuits, however, are likely doomed to fail, said Eric Goldman, a law professor at Santa Clara University in California who has studied more than 60 similar, failed lawsuits that sought to take on internet companies for terminating or suspending users’ accounts.

“They’ve argued everything under the sun, including First Amendment, and they get nowhere,” Goldman said. “Maybe he’s got a trick up his sleeve that will give him a leg up on the dozens of lawsuits before him. I doubt it.”

“Trump’s suit is DOA,” echoed Paul Barrett, the deputy director of the Center for Business and Human Rights at New York University’s Stern School of Business.

Barrett said Trump was fundamentally misunderstanding the Constitution. “The First Amendment applies to government censorship or speech regulation. It does not stop private sector corporations from regulating content on their platforms,” he said by email. “In fact, Facebook and Twitter themselves have a First Amendment free speech right to determine what speech their platforms project and amplify — and that right includes excluding speakers who incite violence, as Trump did in connection with the January 6 Capitol insurrection.”

Goldman said he suspected Trump’s legal team knows it is not going to win in court, and suggested Trump was pursuing the suits to garner attention.

“It was always about sending a message to their base that they’re fighting on their behalf against the evil Silicon Valley tech giants,” Goldman said.

Trump’s move comes a week after a federal judge blocked a new Florida law signed by a Trump ally, Republican Gov. Ron DeSantis, that sought to punish large social media companies like Facebook and Twitter for removing content or banning politicians. The law would have allowed the state to fine the companies $250,000 a day for removing the accounts of statewide political candidates and $25,000 a day for removing the accounts of those running for local office. But U.S. District Judge Robert Hinkle on June 30 granted a preliminary injunction stopping the new law from being enforced.

The judge said that tech industry groups challenging the law were likely to prevail on their claim that it violated the First Amendment if the case went to trial.

Matt Schruers, the president of the Computer & Communications Industry Association, a tech industry trade group that includes Facebook, Twitter and Google, said internet companies have a right to enforce their terms of service.

“Frivolous class action litigation will not change the fact that users — even U.S. Presidents — have to abide by the rules they agreed to,” he said in a statement.

Since departing the White House, Trump has continued to repeat lies about the 2020 election, baselessly claiming that he won, even though state and local election officials, his own attorney general and numerous judges, including some he appointed, have said there is no evidence of the mass voter fraud he alleges.