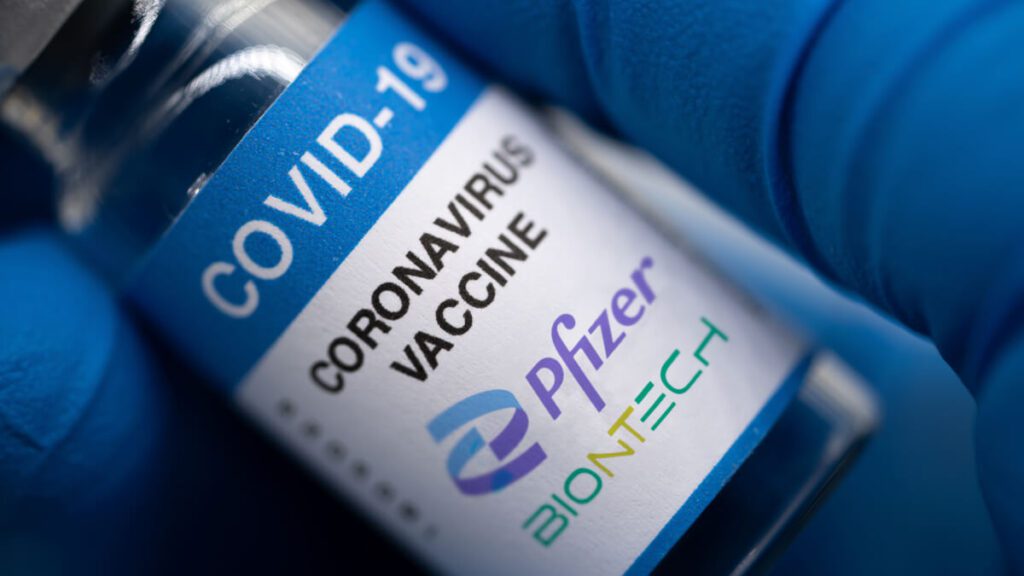 These numbers are regarded as a big motivator to the drug makers currently developing a third “booster shot” to target the Indian Delta variant.

The released data shows that the antibody levels are much higher against the Alpha coronavirus variant and the South African Beta variant, after a third dose.

Based on the figures, the efficacy “declined gradually” as it dropped from 96 percent during the first week to around two months after receiving a second jab. The dose’s effectiveness then plummeted to 83.7 percent four to six months later with an average drop of 6 percent over the last two months.

The findings may be considered by U.S. health authorities in deciding when the pair’s booster shot might be needed.

The data, which involved tests of 23 people, was published by Pfizer and has not been peer reviewed by the scientific community.

The announcement of the data and was released on the day of the company’s earnings call.

During the call, Mikael Dolsten chief scientific officers described the new data on a third dose of vaccine “encouraging.”

“Receiving a third dose more than six months after vaccination, when protection may be beginning to wane, was estimated to potentially boost the neutralizing antibody titers in participants in this study to up to 100 times higher post-dose three compared to pre-dose three,” Dolsten said in a statement.

Despite Pfizer and its German partner BioNTech’s booster shot plans, both Centers for Disease Control and Prevention (CDC) as well as Food and Drug Administration (FDA) released a joint statement highlighting that Americans who have been fully vaccinated do not need a booster shot at this moment in time.

The statement noted that FDA, CDC, and National Institutes of Health (NIH) are engaged in a science-based process to consider whether or when a booster might be necessary.