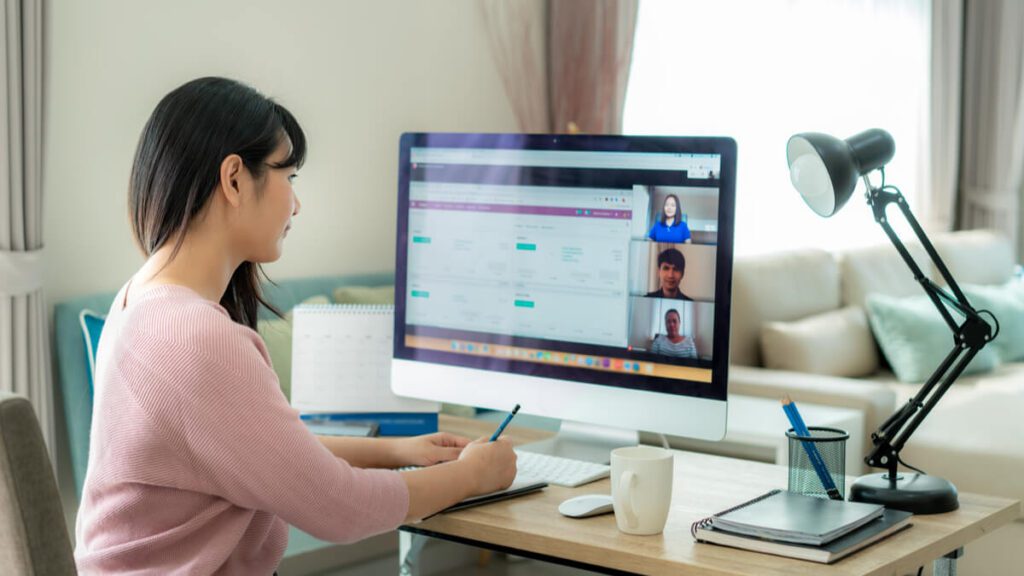 In light of the Covid-19 pandemic, companies were forced to move their work entirely online making adjustments to help employees to be most effective. According to a recent study conducted by Dingel and Neiman, 37% of jobs have the potential to be done remotely. With the expectations of a new wave of the virus, technology will continue to play a significant role in businesses around the world.

On June 11, 2020, Business Wire published the Upwork’s Fourth Annual Future Workforce Report, which explores the hiring habits of over 1500 US hiring managers. According to the report, nearly 47% of hiring managers are more likely to engage independent talent in the future amid the spread of the Covid-19 pandemic. Companies are seeing benefits from remote working and 32% have reported that work increased the productivity of their teams. Thus, the expected growth of full-time remote work over the next five years has doubled from 30% to 65%.

On August 18, 2020, Korean IT industry officials announced that they have allowed their employees to return to remote working as a precautionary measure amid fears of a second wave of the Covid-19 pandemic. The government has raised social distancing measures – designed to keep people from gathering in large crowds, including remote working and avoiding in-person meetings.

In addition, Karko Corp. – Kakao Talk messaging App operator- employees have been allowed to work from home starting August 14. Naver Corp – internet portal operator – have made partial work from office agreements with employees as of last week. Nexon Co. – gaming giant- have asked their employees to show up at the office only for two days per week.

Apple, Google, and Facebook have announced that their employees will work from home until 2021, according to TechCrunch.

On the other hand, Finland plans to reintroduce work from home whenever it is necessary, states EU reporter. “The rise in infections gives a reason to consider continuing remote working… where it’s possible,” said Minister of Social Affairs and Health Aino-Kaisa Pekonen in a tweet.

According to Gartner Emerging Risks Monitor Report, the top risk in the second quarter in 2020 is a second wave of the Novel Coronavirus. SK Telecom Co. announced that it has enforced a work from the home system until August 23. In fact, two Korean telecom operators have announced infections in their headquarter in Seoul.

On Monday, Prime Minister DR Hubert Minnis has announced it has extended New Province and Grand Bahamas lockdown for another week. Under this decision, public officers must work remotely except those who are identified as essential workers, according to Eyewitness news.

BP – a multinational oil and gas company Headquartered in London- wants to shift 50000 of its employees to remote working under its plan to introduce a flexible working layout. “We expect to move to a more hybrid work style which will be a mixture of home and office [working],” said BP Chief executive Bernard Looney, according to Personnel Today.

A new global survey from accountancy firm PwC showed that four out of five Chief Executives expect remote working to become more widespread as a result of the Covid-19 pandemic, states Reuters. Kevin Ellis, PwC UK’s Chairman said “ A blend of office and home working is most likely to be the future norm”, according to the same source.

The Government of Barbados started taking applications from international visitors giving them the opportunity to work remotely on the island for up to a year, according to BBC. To be eligible for the visa, applicants must earn $50000 per year and have health insurance in place. Applicants can get the visa for payment of either $2000 per person or $3000 per family.