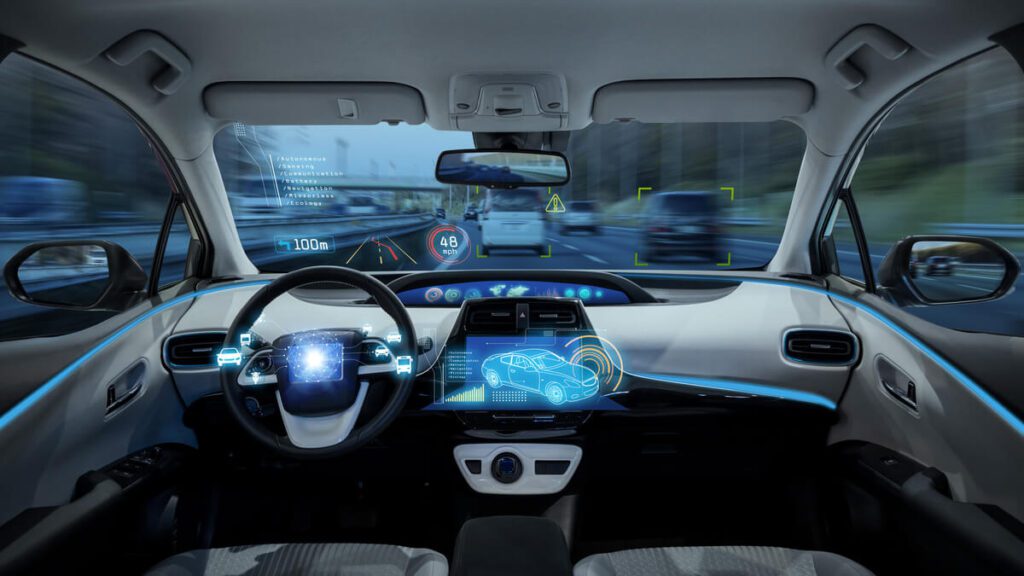 The annoyed shopper paced around and knocked on the windows of a minivan blocking him from leaving his Costco parking spot. He didn’t seem to notice, or care, that there was no one inside.

A colleague and I had called for the Waymo ride — our first in a fully driverless vehicle — and quickly encountered a hiccup: figuring out how to tell it to meet us at the curb.

We ended up spotting the minivan across the bustling parking lot, and hurried over. As we pulled away, the shopper raised his arm and extended his middle finger.

Welcome to the United States’ first large-scale ride-hailing service with no backup drivers, which Waymo recently launched in suburban Phoenix.

An AP photographer and I took it for a spin and discovered some impressive technology. Waymo’s minivans skillfully adhere to traffic laws and can detect people, vehicles and objects from several hundred yards away.

But amid the advances lurk challenges that developers face as they race to bring autonomous cars to the masses: adapting the machinery to human behavior — and getting passengers to feel at ease without a person behind the wheel.

“The technology is great, but the experience isn’t there yet,” said Andrew Maynard, a professor at Arizona State University’s College of Global Futures who studies the social and ethical aspects of autonomous vehicles and other emerging technologies.

Waymo, a unit of Google parent Alphabet Inc., is one of several companies testing driverless vehicles in the U.S. While there are some low-speed driverless shuttle services in operation, Waymo is the first offering lifts to the public at roadway speeds with no human in the driver’s seat who can take over in sticky situations.

During our rides, the minivans slowed for speed bumps and carried out a textbook right-on-red turn. Most impressive was a careful maneuver at a green light where a woman with a walker stood dangerously close to the corner.

But customers in crowded parking lots might find it hard to pinpoint pickup locations without drivers who can call, text or simply watch for them.

A Waymo minivan also made an aggressive turn at a green light that we would have never taken. Another failed to go the requested location, dropping us off about a four-minute walk away.

And watching the wheel turn by itself was, well, eerie.

The company said it is listening closely to customer feedback and acknowledges it needs to improve passenger pickups. It’s also working to set the proper expectations with riders and has launched a campaign that provides tips.

Automakers and tech companies were moving quickly to put self-driving vehicles in action in 2018, but a fatal crash involving an Uber test vehicle in Tempe slowed development.

Only recently did the industry show signs of recovery. Still, most experts believe there won’t be widespread use for another five years or so, and autonomous vehicles won’t be in every major city until at least late this decade.

Waymo started offering autonomous rides to a limited number of customers during 2019 in an early testing program in Arizona. Last fall, it opened its ride-hailing program to anyone seeking a ride within its 50-square-mile (129-square-kilometer) service area covering parts of Chandler, Tempe and Mesa.

Our trip began with a welcome from the minivan — an automated voice correctly pronounced my French first name, which people often mangle. A partition separated the empty front seats from the rest of the vehicle, with a sign saying, “Don’t touch the steering wheel.”

I felt uneasy as the minivan crept into an intersection and waited for oncoming traffic to pass before making a left turn. It was as if a ghost was handling the steering wheel.

My jitters lifted until minutes later, when we made a bold left turn at another green light.

With several oncoming cars zipping toward us, the minivan darted across the road into a parking lot. Though we didn’t come close to crashing, the turn frightened us.

Waymo later examined the maneuver, saying the cameras and remote-sensing technology in a dome atop the minivan had detected the oncoming cars, knew their speed and understood that the vehicle could make the turn safely.

“In your case, it was certainly safe,” Saswat Panigrahi, a senior director for product management at Waymo, told me.

The company said customers’ comments are being used to refine its autonomous driving systems and user interfaces to address such safety concerns.

Its ride-hailing program serves hundreds of passengers each week and offers prices in line with Uber and Lyft. Waymo runs 300 to 400 vehicles in Arizona for the program and testing.

We hailed another Waymo minivan to a public library, but were dropped off on a nearby private street instead. Panigrahi believes the minivan might have been rerouted due to traffic or a road closure in the area.

From there, we tried to catch a ride back to Costco, but Waymo canceled four trip requests and stopped accepting my credit card as a fraud prevention measure, because several requests had been made in a matter of minutes.

With my Waymo account locked up, I requested a ride from another ride-hailing service with a human driver. He warmly chitchatted about his career plans but, when first picking us up, carefully avoided trying to pronounce my name.

This story was first published on May 20, 2021. It was updated on May 21, 2021 to correct the title of Waymo employee Saswat Panigrahi. He is a senior director for product management, not a senior product manager. It also has been updated to show Waymo’s service area in suburban Phoenix is 50 square miles, not 55 square miles.