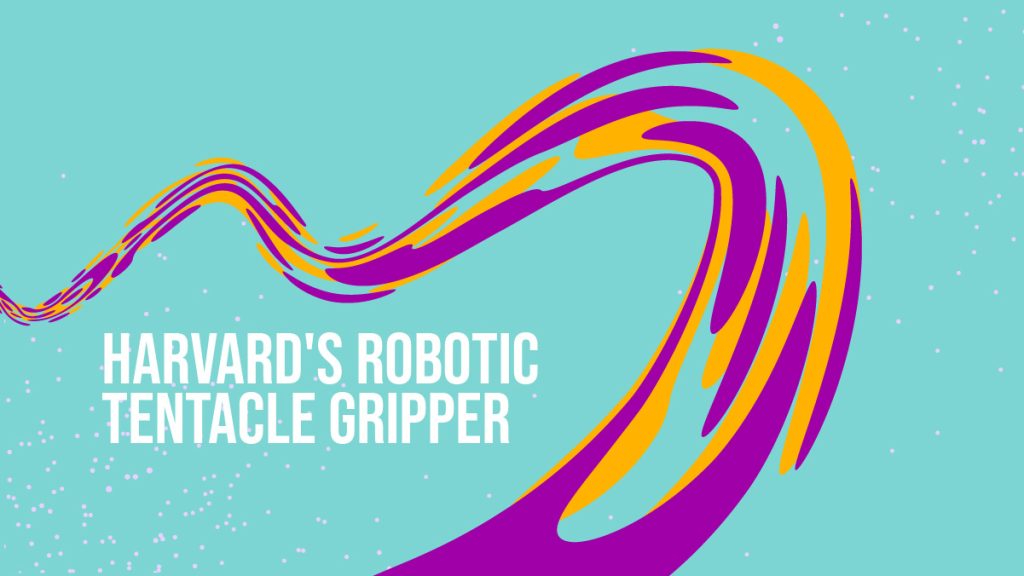 Nature does it best, and we, humans, can only imitate it. In some instances, however, humans should not even think about it. The John A. Paulson School of Engineering and Applied Sciences (SEAS)’s robotic tentacle arm is a case in point. It’s a mechanical mix between a claw machine and nature’s most intriguing Cnidaria, the jellyfish. The pink tentacles are both fascinating in their movement and horrifying in everything else. One must wonder what the researchers were on when designing the visuals.

Admittedly, these requirements do complicate things. To remedy this, researchers from the Harvard University SEAS took notes from mother nature’s playbook. They integrated a Cnidaria’s impressive limb maneuvers and control into their robotic tentacle grippers. They then published their work in the Proceedings of the National Academy of Sciences (PNAS).

The new type of soft, robotic gripper uses a collection of thin robot tentacles to entangle and ensnare objects, similar to how jellyfish collect stunned prey. This case is a prime example of “strength in numbers”; individual filaments are weak, but the set of filaments can securely clutch heavy and weirdly shaped objects. The limbs inflate and deflate to wrap around things making the flow of movement quite jarring.

Their study highlights that this collection of uncontrollable and randomly placed filaments gives options for soft, adaptable grasping.

The robot tentacles are a set of hollow rubber tubes joined at their base to a cylindrical base. These tubes are thicker on one side, allowing the tentacle to curl on itself when pressurized. As they wind, these robotic tentacles end up entangled and loosely knotted together. The more they entangle, the stronger the grip on the objects. The filaments are then depressurized to release the thing from its clasp.

Real-Life Uses of the Robotic Tentacles

As disturbing as it looks, and it does, the device has the potential to be used in several fields for several tasks. It could have a place on farms for soft fruit and vegetable farming. Medical staff could rely on it to handle delicate tissue. And its ability to grasp irregularly shaped objects (i.e., glassware) makes it a good candidate for warehouse hardware.

Moreover, Harvard University SEAS researchers could integrate this nightmare fuel of innovation into the lives of disabled people. It won’t be pretty, but it’ll be convenient and functional. It could facilitate daily tasks, such as opening doors (regardless of whether (they have doorknobs or door handles).

Is This a New Concept?

Robotics imitating nature is indeed not a new concept. Many innovators take inspiration from mother nature’s work, and the resulting product is usually less unsettling.

Birds are a hazard in specific areas such as airports or farms. In airports, they could damage aircraft or obstruct vision. The Dutch company Clear Flight Solutions’ response to these problems is to limit bird nuisance with high-tech ‘Robirds.’ They look like actual birds, even in weight and size. The drones flap their wings and scare birds keeping aviation safe.

A snake’s physiology is so peculiar and unique. It allows the animal to execute a wide array of movements. Engineers at NASA have taken inspiration from these reptiles.

Snakebots are robotic and interplanetary probes. These robots specialize in navigating over rough and steep terrains and slithering in the planet’s surface cracks. They designed it to dig and burrow down into the loose soil of Mars. This device’s versatility would be handy for industrial, medical, and mechanical tasks.

As the only mammals capable of true flight in the animal kingdom, bats have the most intricate flying mechanism, as they can modify their wings mid-flight. This unrivaled agility has long puzzled researchers. In 2017, however, a group of researchers at Caltech and the University of Illinois at Urbana-Champaign (UIUC) replicated the complex wing motions, creating the Bat Bot. The robot has soft, articulated wings. The bot is a lightweight battery-efficient drone that can easily maneuver between obstacles. Aside from its battery-saving capacity, the bat has proved helpful in cases where objects or people are too fragile for a giant bot to handle.

As far as weird goes, the Octobot takes the cake. It has no solid compartment whatsoever. Made from silicones of different stiffness, the Octobot goes through movements purely powered by a chemical reaction within its body. This reaction emits gases pushed through chambers littering the bot’s soft robotic tentacles. While the mechanical octopus is not making any strides, it is helping develop soft robotics. The researchers believe this technology will advance to a point where these soft robots can wiggle themselves into awkward surgical locations. Their soft robotic tentacles would help them squeeze between debris on search-and-rescue missions.

Harvard’s robotic tentacle gripper is quite startling, with its pink color reminiscent of humans inside. Despite that, one cannot deny its potential future uses. The thin robotic filaments can take hold of a range of objects, from perfectly symmetrical to unruly shaped objects. While nature has been the inspiration for researchers and innovators, no one can guarantee that it will survive the current climate issues to continue being our muse.