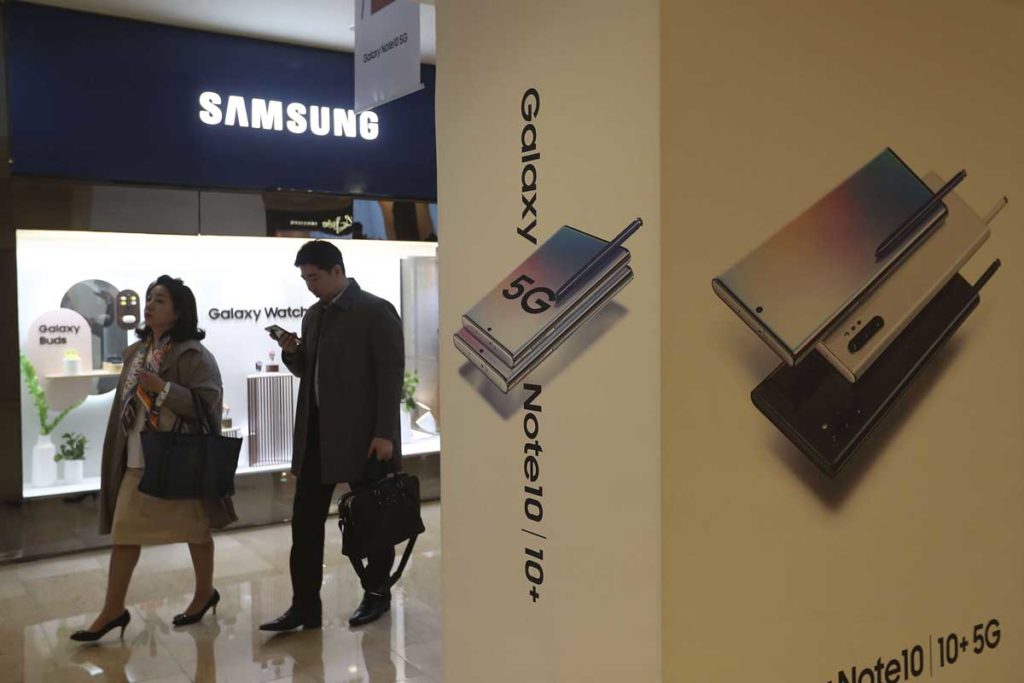 Published: October 31, 2019 by Inside Telecom Staff

SEOUL, South Korea (AP) — Samsung Electronics said Thursday its operating profit for the last quarter fell by nearly 56%, with its robust sales of smartphones, displays and TVs offset by a continuously weak market for computer chips.

Samsung is the world’s biggest maker of semiconductors and smartphones, but it has struggled with falling prices for DRAM and NAND memory chips since late last year.

Experts say chipmakers are suffering after misreading industry demand for their products. They invested heavily in 2016 and 2017 to ramp up production, but global orders for chips used in smartphones, internet-connected cars and other products have been slower than expected.

Samsung said there are positive signs for its semiconductor business, which could possibly be boosted by data-center customers and the expansion of 5G smartphone services in the coming months. However, the company said semiconductor demand for next year should be “viewed with caution as uncertainties remain in the macroeconomic environment,” a likely reference to the U.S.-China trade dispute.

Samsung said 29.25 trillion won ($25 billion) of its revenue was generated from its mobile devices and network business, thanks to strong sales of its Galaxy Note 10 and Galaxy A smartphones and increased demand for 5G communication equipment.