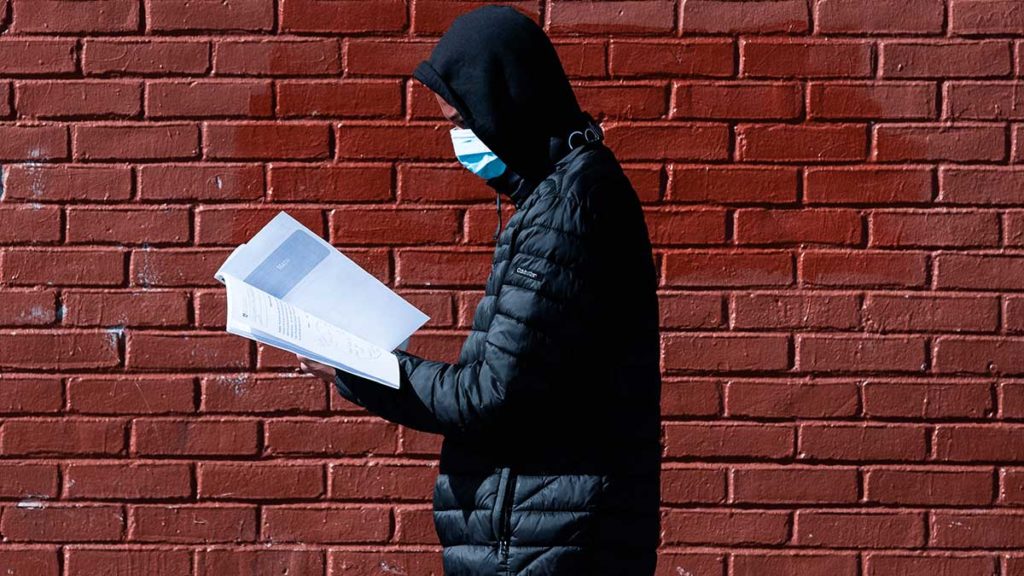 WINNSBORO, S.C. (AP) — Students struggling to get online in a rural South Carolina county received a boost last week with the arrival of six buses equipped with Wi-Fi, some of the hundreds the state has rolled out since schools were closed by the coronavirus outbreak.

With routers mounted inside, the buses broadcast enough bandwidth in an area the size of a small parking lot for parents to drive up and children to access the internet from inside their cars. One of the buses set up outside the apartment complex of Lacheyle Moore, who had been limiting her own usage to leave enough data on her cellphone plan for her daughter’s schoolwork.

“I have to put extra data on my phone to make sure her work gets done, so she can get graded for it,” said Moore, who works as a cashier and shifted her schedule to help instruct her two children.

The pandemic that launched a massive, unplanned experiment with distance learning has created extraordinary hurdles for schoolchildren left behind by the digital divide. School districts and governments are now racing to give the millions of U.S. students without home internet a chance of keeping up.

Nationwide, nearly 3 million students make do without home internet because of the high costs of service and gaps in its availability. The disadvantaged students are more likely to be students of color, from low-income families or in households with lower parental education levels.

The nation’s largest school districts, including Los Angeles and New York, are spending millions of dollars to provide devices and internet connections for students. Smaller districts are finding ways to boost wireless internet in school parking lots and distribute hot spots. Still, others are sticking with paper assignments and books because the digital equity issues are too much to overcome.

“What we’re seeing is a widening of the achievement gap, so that children who are in well-funded districts were able to immediately pivot to online learning strategies, because the infrastructure was already in place,” said Maura McInerney, legal director of the Education Law Center, which advocates for disadvantaged students. “In sharp contrast, underfunded districts, who did not have these resources and their children do not have access to Chromebooks, for example, are scrambling to address the educational needs of students.”

In Fairfield County, South Carolina, 51% of households have no broadband internet access, according to an Associated Press analysis of census data. Nationwide, an estimated 18% of U.S. students do not have home access to broadband internet.

“Lots of mothers and fathers are really not equipped to be home school parents,” said J.R. Green, the school superintendent.

Across South Carolina, hundreds of buses were requested by school districts in a program targeting low-income and rural areas, state education spokesman Ryan Brown said. The state was ready to equip thousands of buses, but Brown said that service providers’ offers of low-cost and even free service plans has lessened the demand.

So deep are the equity challenges for the Philadelphia School District that it initially prohibited online instruction during the shutdown. Only about half the district’s high school students have a laptop or tablet and home internet service. As schools now appear likely to be closed for longer than anticipated, the district plans to buy 50,000 Chromebooks and begin online instruction by mid-April.

Comcast, which is based in the city, has pledged to raise speeds on its $10-a-month “Internet Essentials” plan for low-income school families and offer two months of free service.

“We have the $10 internet (plan). It’s not for doing lessons, cause it’s really slow. If we needed to do the Google classroom, we would need, I think, the regular internet, which I can’t afford,” said Cecelia Thompson, 54, who cannot work because of health issues and lives with her 21-year-old son, a district student with severe autism who attends Martin Luther King High School.

She believes they would also need a Chromebook and perhaps a printer, so her son, who has a full-time support person, can do worksheets. For now, they rely on her cellphone and a 10-year-old tablet.

Some districts also are hoping for some help from the federal government.

Mike Looney, the superintendent of Fulton County schools in Georgia, said parents should take advantage of offers for reduced-cost internet from service providers. But he would also like the Federal Communications Commission to redeploy money used to subsidize school internet connections to instead pay to supply students with devices and internet at home — an idea that has been endorsed also by many U.S. senators.

In central Ohio, Hilliard City Schools sent students home with school-issued iPads they can use to download, complete and then upload assignments. The iPads allow them to do much of their work offline, according to district Superintendent John Marschhausen, though they’ll need to connect to submit completed work and download new assignments.

The district’s two dozen schools are extending their Wi-Fi into their parking lots so families can complete downloads from their vehicles. The superintendent said he thinks it will be a smooth transition for most, but he worries about a radical shift for the younger students who typically spend less than half an hour on their devices in the classroom.

“We’re going to have to do a lot of adapting and adjusting and a lot of learning along with our families if this is truly something that will continue into the summer,” he said.

In Columbus, Mississippi, Wi-Fi equipment installed on nine buses to allow children to do homework on the way to and from school was transferred to school and community buildings after officials discovered routers would only run for two hours after buses were shut off.

But Superintendent Cherie Labat said the district is giving out paper lesson packets at schools where meals are being picked up, as well as books that students can take home for independent reading. With 100% of students in the predominantly African American district eligible for free or reduced price lunches, Labat said she can’t assume students have resources at home.