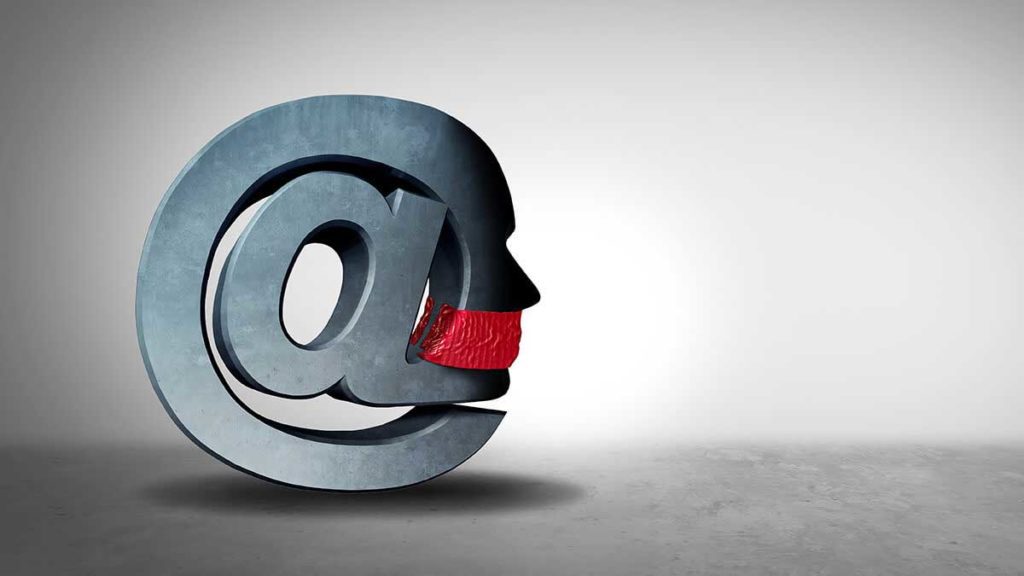 “No provider or user of an interactive computer service shall be treated as the publisher or speaker of any information provided by another information content provider”.

These are the 26 words that created the Internet. The section 230 of the Communications Decency Act that US President Donald Trump wants to change now. Trump’s War with tech companies might be a double-edged sword. As he seeks free online-speech, this law reform would be costly and a censorship on its own. This reform will waive immunity for tech companies that could be then sued for users’ publications. “Twitter is completely stifling freedom of speech, and I, as President, will not allow it to happen,” Trump said. A form of self-censorship? His tweets will never be immune to restriction.

US President Donald Trump has been fighting against social media companies for some time now. He accused them of bias and recently claims that Twitter is now interfering in the 2020 Presidential Election. On May 26, 2020, two tweets that were posted by Trump were labeled as making false and misleading claims about in mail-voting. In fact, if you scroll down on Donald Trump’s twitter account and click on Get the fact about mail-in ballots, you would be able to see a collection of articles that disagree with Trump’s tweets. People who use twitter would be able to add their thoughts and more layers to the story. It’s not censorship but a form of debate and it’s up to Twitter users to analyze and cross-check information. Experts said that mail-in-voting is very rarely linked to fraud. Grace Segers, a political reporter at CBS News pointed out something very important. She said that Trump himself voted by mail in the Florida primary.

According to Trump, “Republicans feel that Social Media Platforms totally silence conservative voice”. On May 27, President Trump tweeted threatening social media platforms “We will strongly regulate, or close them down. Before we can allow this to happen”. However, his threats are limited as Twitter, a private company, is free to police its platform. Twitter is a “platform” and not a “publisher”. Under the Section 230 Communications Decency Act, tech companies are exempted from legal liability for materials their users’ post.

Trump described this move as a watershed for online speech in a tweet posted on May 28, 2020. “This will be a Big Day for Social Media and FAIRNESS!” he tweeted. “On the same day, he signed an executive order on social media campaigns. In the executive order “Preventing online censorship” he drafted, president Trump says “I have made clear my commitment to free and open debate on the Internet. Such debate is just as important online as it is in our universities, our businesses, our newspapers, and our homes”. What would be the definition of this Twitter move? In fact, when Twitter flags tweets, it is contributing to online debate and a collection of a wide range of information. Isn’t it?

Trump wrote that when powerful platforms censor opinions with which they disagree, they exercise a dangerous power. In fact, Twitter didn’t censor Trump’s opinion, they didn’t remove the tweet. It was only opening a debate. He also said that this action is un-American. But, it’s not only for Americans, it’s for every politician around the world who has a verified twitter account and more than 100.000 followers. Democratic Sen. Ron Wyden of Oregon, co-author of the law said that the order is illegal. “Trump decides what is legal based on what’s in his interest”.

The executive order requires the Federal Communications Commission (FCC) to propose and clarify regulations under section 230 of the Communications Decency Act. Trumps calls the FCC to accuse social media platforms of “selective censorship”. The White House Office of Digital Strategy will re-establish a tool to allow citizens reporting cases on online censorship. This reporting tool will collect the complaints and submit them to the Department of Justice and Federal Trade Commission (FTC). The White House Office for digital strategy created a tech bias reporting tool, allowing Americans to report incidents of online censorship in May 2019. In weeks, it received over 16000 complaints of online censorship or otherwise taking action against users based on their political view avowed Trump.

According to Jameel Jaffer, executive director at Knight First Amendment Institute at Columbia University this order is not a good faith effort to protect free speech online. “ It’s an order to intimidate technology companies from using tools to protect the integrity of public discourse online” according to the Guardian.

On the other hand, Facebook CEO Mark Zuckerberg whose platform closed a number of accounts and removed posts because of users’ political views – especially related to Syria and Iran – told Fox News: “I just believe strongly that Facebook shouldn’t be the arbiter of truth of everything that people say online”.

On May 2020, a tweet posted by Twitter CEO Jack Dorsey seems to respond to Zuckerberg’s statement. “This does not make us an “arbiter of truth”. Our intention is to connect the dots of conflicting statements and show the information in dispute so people can judge for themselves.” And he added, “We’ll continue to point out incorrect or disputed information about elections globally”.

Trump claims that social media platforms are reacting without warning their users. In fact, Twitter’s move comes as no surprise; they published a notice on “Defining public interest on Twitter” on June 27, 2019. The platform claims they have allowed tweets that violated rules to remain there because they were in the public’s interest.  According to Twitter, the reason behind this move is, “to provide a place where people can discuss with their leaders and hold them accountable.” This notice applies to accounts that represent a government/elected official, that are verified, and have more than 100,000 followers. When the twitter rules about abusive behavior apply to a tweet, twitter will reduce likes, replies, and retweets for a limited engagement. These tweets will not appear in the recommended tweet push notifications, explore, timeline, and switched to top tweets.

Trump is saying that mail-in-voting will lead to “the end of our great Republican Party. We can never let this tragedy befall our nation” in a tweet posted on May 29. It seems that Twitter stands defiant against Trump. In fact, today his tweet was considered “violating the Twitter Rules about glorifying violence”.