Published 2 Months Ago on Thursday, Oct 06 2022
By Mohamad Hashisho 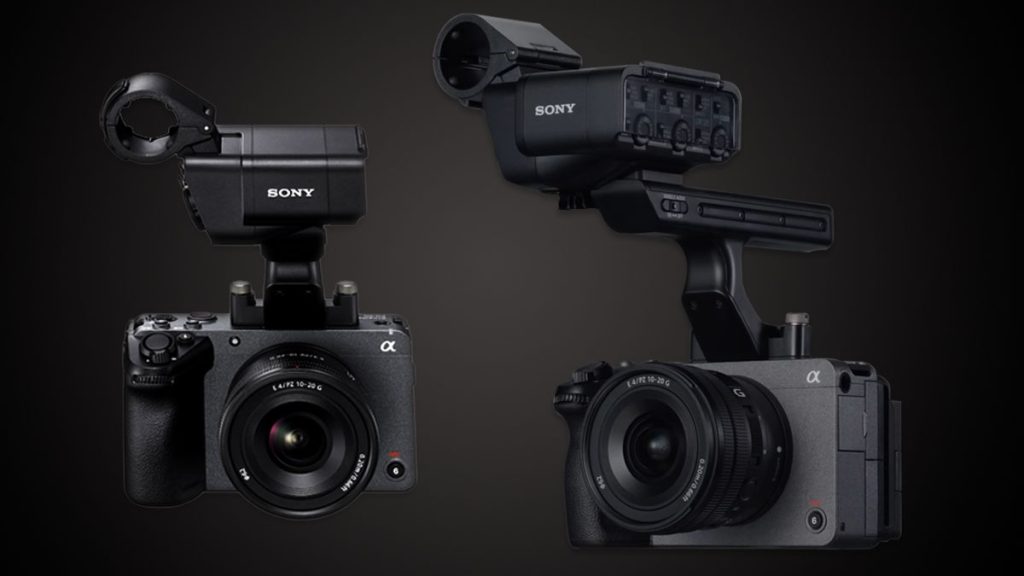 Sony has favored the cinema world and released a new addition to its cinema line. A compact, elegant, sleek, and cinema-worthy FX30. The camera target young cinematographers and vloggers looking to take a more significant step into the cinema world. Elevating their production value and massively increasing the quality of their input. Whether an enthusiast or a professional, if you love cinema, you will love the Sony FX30.

The design scheme that Sony went with is simply elegant. The metal finish of the body is only interrupted by a leather grip. The classy design of the Sony FX30 gives it a unique aesthetic and sets it apart from prior Sony models. Nothing interferes with the design, not even an Eye View Finder, which is not only a design choice but a statement. This is a cinema camera.

Additionally, the FX 30 has an imposing presence even with its compact size. Especially with its boxy design, it houses all the excellent goods inside. Sony ensured dust and moisture-sealed design. The design offers a smoother user experience with its front dial, allowing adjustments to the setting with fluidity. The power button can be oddly placed, and the screen on the back can be underwhelming. Prone to glare and angle issues and a modest 3-inch size.

Finally, the camera feels great to hold and use. All the buttons are placed in the right spots, Sony wants you to go out there and take some cinematic liberties, and their design language indeed backs this claim.

Before diving into the performance, some stand-out features make the Sony FX 30 a gem. The five accessories mounting points are magnificent. They allow you to rig the camera up without needing a cage, and you can even buy it bundled with an XLR microphone adapter. This purchase will give you three additional mounting points. The Sony FX30 is ready to provide you with its best anytime and anywhere.

Furthermore, the Sony FX30 is capable of outputting 4K 120p videos. Be it with a sizeable 1.6x crop. This is a headlining feature, setting it aside from its competition, and if you think the crop is too much to oversee, switching to 4K 60p can reduce the crop size. The crop itself is hard to notice at 60p. The presence of 120p alone is an impressive addition. The FX30 will capture the data without pixel binning so that the fidelity will remain intact.

Finally, Sony wanted to clear its focus on cinematic freedom by adding the S-Cinetone Profile. You can add your own designed LUTs and choose from a wide variety of ISO modes. The Sony Cinema Line offers other quick methods for you to implement. The Sony FX30 comes with digital image stabilization and in-body stabilization. This sets it aside from a regular vlogging piece to an actual cinematic compact camera. The last cherry on top of the cinematic sundae is the Sony Real-time Eye AutoFocus. The feature will help your shot to remain focused on its target while giving you the freedom to worry about other cinematic choices.

The Sony AF system is impeccable. It is hands down one of the best in the world. Easy to configure, just tweak the settings to your liking, and you’re good to go. It allows you to express your style and track different subjects. The in-body stabilization at its base level is not satisfying, yet it is excellent for still shooting and minimal slow pans and track-ins. It will not cover your needs when walking and filming.

On the other hand, the narrative completely changes the digital stabilization is added to the mix. Sony’s Catalyst Browse software utilizes gyro metadata within the video to balance the camera movement in harmony. The Sony FX30 delivers intricate smooth performance. It can tame the most chaotic of shots. The setback for some is that it requires Sony’s software to work, it can put a fork in your workflow, and the crop factor can be a bit excessive for some.

Finally, the Sony FX30 performs amazingly, is highly fluid, and flexible to operate. Offering you maximum mobility, the best part is that just like any other camera, the longer you keep it around and use it, the longer it will absorb your cinematic style, allowing you to use it to its maximum potential.

The Sony FX30 draws a smile on every cinematographer’s face. It is an absolute gem. While it might feel complex for casual users and vloggers, it doesn’t alienate them. But it stays true to its target audience: young filmmakers who want to further their portfolio and take a more significant step into the cinema world. The Sony FX30 will turn this step into a leap, beautifully designed, echoing cinema and modernity. What more can a cinematographer ask from such a reliable camera?

Inside Telecom provides you with an extensive list of content covering all aspects of the Tech industry. Keep an eye on our Product reviews section to stay informed and updated with our daily articles.