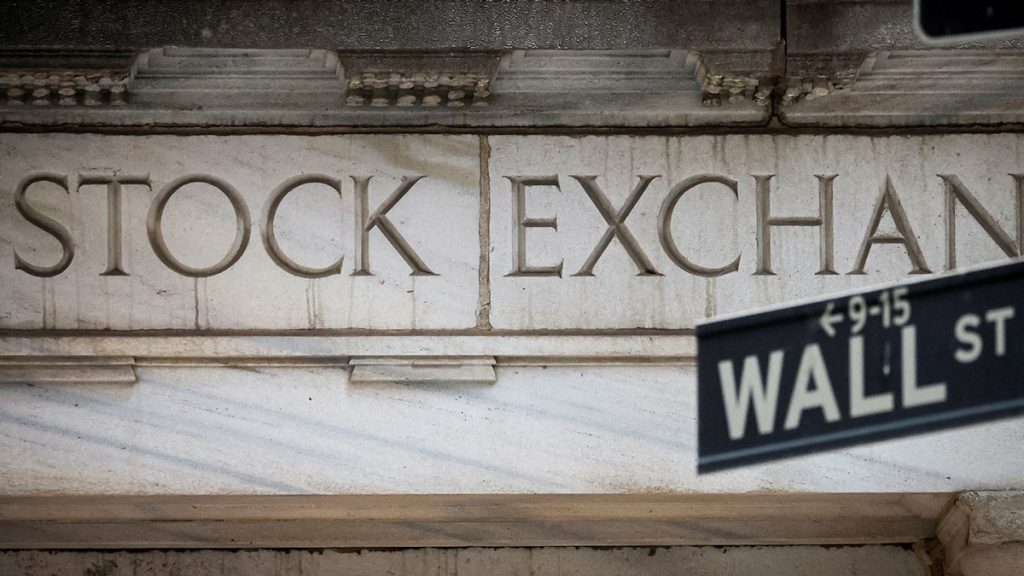 Wall Street ended lower on Tuesday, with the S&P 500 extending its losing streak to four sessions, as skittish investors fretted over Federal Reserve rate hikes and further talk of a looming recession.

Meta Platforms Inc dragged down markets, with its shares sliding 6.8 percent following reports that European Union regulators have ruled the company should not require users to agree to personalized ads based on their digital activity.

However, technology names generally suffered as investors applied caution toward high-growth companies whose performance would be sluggish in a challenging economy. Apple Inc, Amazon.com Inc and Alphabet Inc fell between 2.5 percent and 3 percent, while the tech-heavy Nasdaq was pulled lower for a third straight session.

Most of the 11 major S&P sectors declined, with energy and communications services joining technology as leading laggards. Utilities, a defensive sector often preferred during times of economic uncertainty, was the only exception, gaining 0.7 percent.

Future economic growth prospects were in focus on Tuesday following comments from financial titans pointing toward uncertain times ahead.

Their comments came on the heels of recent views from BlackRock and others that believe the U.S. Federal Reserve’s aggressive monetary tightening to combat stubbornly high price rises could induce an economic downturn in 2023.

He noted that, while markets traditionally reflect the future, right now they are moving up and down based on the latest headlines.

Fears about economic growth come amid a re-evaluation by traders of what path future interest rate hikes will take, following strong data on jobs and the services sector in recent days.

Money market bets are pointing to a 91 percent chance that the U.S. central bank might raise rates by 50 basis points at its Dec. 13-14 policy meeting, with rates expected to peak at 4.98 percent in May 2023, up from 4.92 percent estimated on Monday before service-sector data was released.

The S&P 500 rallied 13.8 percent in October and November on hopes of smaller rate hikes and better-than-expected earnings, although such Fed expectations could be undermined by further data releases, including producer prices due out on Friday.

“The market got ahead of itself at the end of November, but then we got some good economic data, so people are re-evaluating what the Fed is going to do next week,” said Bel Air’s Sadkin.

Jitters on the direction of global growth have also weighed on oil prices, with U.S. crude slipping to levels last seen in January, before Russia’s invasion of Ukraine disrupted supply markets. The energy sector fell 2.7 percent on Tuesday.

Banks are among the most sensitive stocks to an economic downturn, as they potentially face negative effects from bad loans or slowing loan growth. The S&P banks index slipped 1.4 percent to its lowest close since Oct. 21.

Volume on U.S. exchanges was 11.01 billion shares, in line with the average for the full session over the last 20 trading days.