The Current State of the Netflix Net Worth

Published 2 Months Ago on Saturday, Oct 22 2022
By Mohamad Hashisho 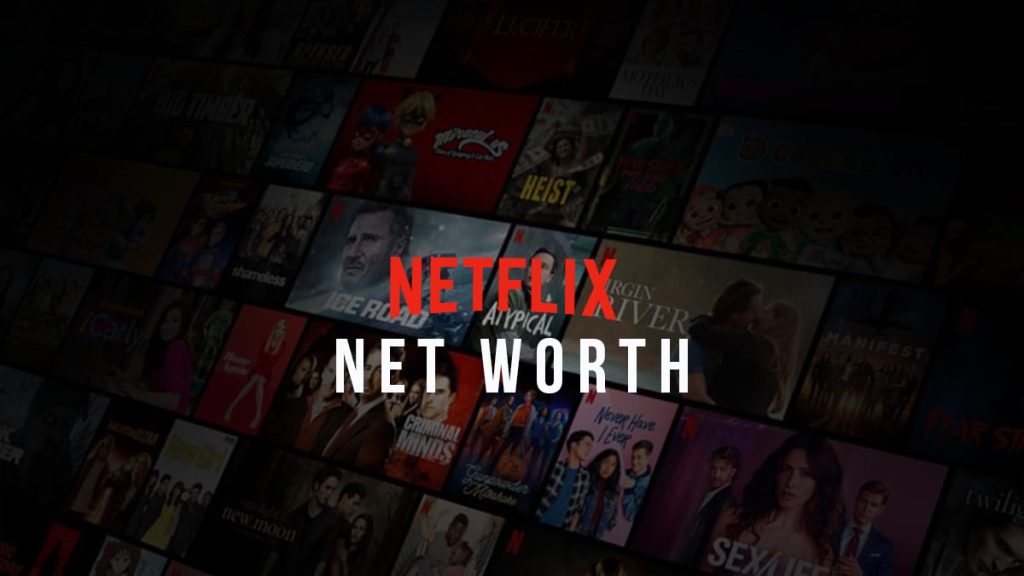 In California, Netflix was created in 1997 by Reed Hastings and Marc Randolph. In what seems like a relic of the past, Netflix first started as a service offering DVDs sent to your home via mailbox. You watch the movie or show you ordered, then mail it back. In 2007, Netflix switched to streaming, a stroke of genius. Netflix has become a staple and a game-changer in home entertainment, so it is hard to conclude that it is deteriorating. The Netflix net worth is not necessarily suffering in a thoughtful way to the statement that Netflix is dying, but the drop is noticeable.

Let us start by reflecting on some questionable decisions that Netflix made, somehow digging the hole further. It is baffling. At the time, while all eyes were on Netflix, they decided to double down on some bizarre decisions and choices.

Overall, Netflix recently feels lazy. At first look, they do not seem like it, changing their user interface frequently in a few months. But when you get closer, you notice the changes are incredibly minimal. Often leaving you with the feeling that, was that even necessary? What did this add? It is still the same formula. Throw everything at you, hoping that something will catch your attention.

Netflix relies on the fact that they were the first to do it too hard. It is a frail argument. It is like saying I was born first when arguing with your younger sibling. The newest streaming services, especially, Disney+, amaze you with their striking vision right off the bat. It is hard to miss what they are doing when they structure their whole user interface around it.

Lastly, Netflix’s vision did something right to give credit where credit is due. Introducing the western world to foreign art and shows, who can forget the impact of squid game on the world and the world of the west especially. The presence of foreign works on the platform is excellent, which maybe makes adding more niches like that a clever idea for the future. The key is to do it without feeling desperate. Netflix, on the surface, does not want to show that there is a couple of holes in the ship. But it usually backfires and highlights the issues it is hiding.

Netflix’s monthly subscription is pricy, at 10 dollars a month. And it does not get any better than looking at the competitors’ prices. At a glance, ten dollars seems like a decent price point, but when you realize this plan does not support HD streaming, you will surely be less understanding. Imagine paying ten dollars a month to be left with shows on 480p quality. Netflix forces you to fork up fifteen dollars per month to get HD quality. Disney+ Premium only costs 11 dollars per month, and the less impressive AppleTV+ will only set you back 5 dollars monthly.

Additionally, for a 4K resolution, you would have to pay 20 dollars. This bizarre pricing choice by Netflix is more unacceptable because other streaming services do not charge extra. It is hard to justify the price Netflix is demanding, and other streaming services did not waste time pointing out Netflix’s shortcomings. Netflix’s net worth speaks volumes about how this is affecting the company.

Finally, Netflix keeps increasing the prices almost yearly at this point. During this economy, it is acceptable for streaming services to do so. Yet Netflix does it while shrinking its library and limiting the users further. And when the whole service is built on the idea of how freeing it is to watch stuff from the comfort of your own home, limiting your users is not the right choice.

The most critical factor is that the competitors did not just catch up to Netflix. They ran past it. Sticking to the example of Disney+, besides offering the service cheaper, Disney dealt the most hurtful dagger to Netflix’s Caesar. Disney recalled its original intellectual properties. Shows that drew points and attention to Netflix and Marvel shows were critical factors to Netflix’s mainstream success. Fewer eyes mean a more troubled Netflix net worth evaluation. A recent survey led by tech entertainment firm Whip showed that Netflix dropped from the number two spot in 2021(already showing that they were not the first, to begin with) down to fourth in 2022, ranking behind HBO MAX, Disney+, and Hulu.

HBO Max ventured into the market and ultimately dethroned Netflix, ironically, with a game of thrones prequel called House of Dragons. For a while, such grand projects with star power and production value have been missing from Netflix. Not missing, to be even more precise, missing the mark. Netflix adapts many books and live-action projects, continuously to the dismay of the fans. They take weird creative liberties stabbing into what made the source product loved in the first place. Returning to the distorted vision point, Netflix tries to stick to the vision of adaptions, but after so many failed projects, the fans and users lose hope. Netflix did not, and it is paying the price.

Finally, Netflix’s choice is to fight the competitors by following the mantra: if it is not broken, do not fix it. The problem with that approach is that the system is indeed broken, and Netflix needs to see what the competitors are doing right and try to backtrack and reconcile with the remaining users in the hope of gaining new ones.

The current state of Netflix’s net worth might not necessarily be reflective of the descent of Netflix. But Netflix is losing the streaming wars. Not realizing your mistakes often leads to dire consequences. The sad part is that Netflix does not seem to grasp that this is not a correction entirely. It is a wake-up call. Netflix wants to collab with Microsoft to launch a cheaper plan with Netflix commercials and ads. While it might draw some users back, it does not answer the significant flaws Netflix seems to swipe under the rug.