The End of Line for DSL? 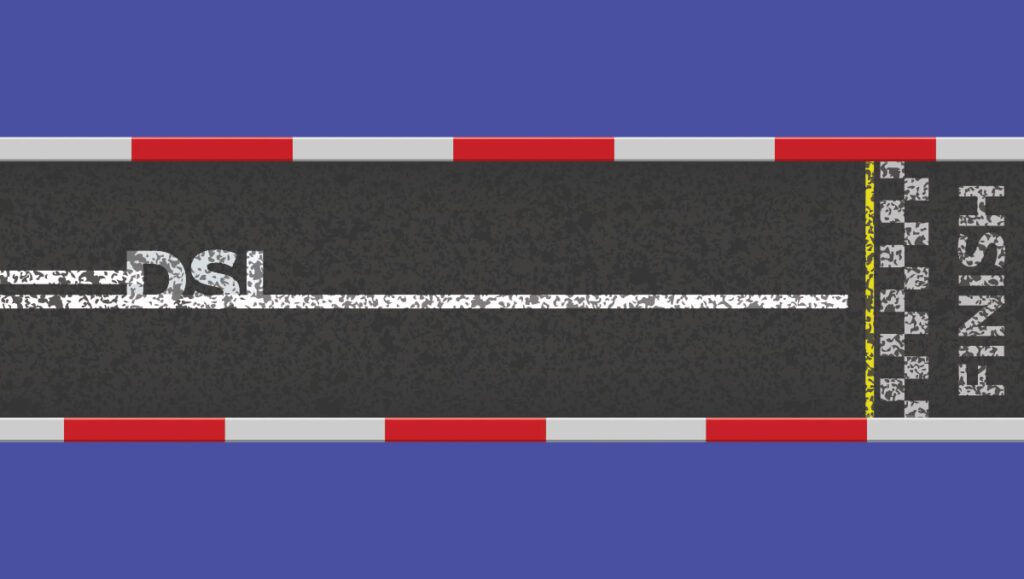 Internet connectivity has become an integral part of our daily life, without which, most daily activities could not be achieved properly. The ongoing digitalization has moved most business, governmental and other processes to the web, further limiting activities relying on physical interactions. Digital subscriber lines (DSL) have been the technology of choice in most countries due to its ease of deployment notably with the existent fixed line telephone infrastructure. However, the telecom industry has been witnessing a fast-paced evolution, notably with the 5G wireless standard, the re-emergence of worldwide satellite connectivity, and the development of fixed wireless access solution. Hence, is there a need for DSL or is it the end of line for the technology of choice of the last decade?

The Evolution of DSL Technology

The DSL technology is older than the internet itself. The components of a DSL system include the modems, the digital subscriber line access multiplexer (DSLAM), and the telephone cables carrying the data traffic between the end parties. The modem is simply a device that converts the data from digital to an analog signal that could be transmitted over the cables. In the modern era, modems evolved from delivering dial up connectivity with a speed of 56 kilobits per second to modern modems supporting gigabits per second fiber optic networks. DSLAMs are essential as they combine the connection from different users to the Internet backbone.

As any technology, DSL has witnessed a notable evolution path that has provided incremental speed improvements to the customer. Asymmetric DSL (ADSL) is the most common type providing significant downlink speeds compared to upload ones, mainly to cater for the subscriber’s usage pattern that involves mostly downloads. Very high-speed DSL (VDSL) and its subsequent iterations build on top of the existing ADSL links by providing significantly higher speeds reaching 300 megabits per second, with the use of bigger bandwidths and advanced signal processing techniques. Fiber technologies have been increasingly marking the territory between transmission ends, and in particular to address one weakness in DSL systems, the attenuation of signals over copper lines in telephone cables.

What is Currently Replacing DSL?

With the appealing features of new technologies, and the sought-after ubiquitous connectivity through mobile phones, the adoption of DSL solutions has been declining in many parts of the world. Whether it is fixed or mobile broadband, the competitors to replace the popular DSL technology are many. AT&T made headlines a couple of years ago when it announced that it will discontinue DSL services amid the coronavirus pandemic. However, it assured that existing services will be continued while ensure a migration of users to its fiber optic network.

The increasing reliance on fiber optics, highlighted through the big investments communications service providers are dedicating to strengthen their infrastructure, has been the main driver away from DSL services. The properties of optical transmission in terms of speed, low interference and attenuation have been appealing to individuals and companies. The deployment of a fiber network that reaches all premises constitutes a last-mile connectivity to the global fiber optic network.  The difference in user experience perceived by subscribers is the main reason to switch from aging DSL connections.

5G is the talk of the town! Everyone from standardization bodies to governments, network operators, businesses, and individuals are talking about the properties of the new technology. 5G is not only a new standard that should provide higher data rates and lower latencies. It is rather a complete ecosystem that is meant to transform how services are conceived and provided.  The adoption of true versatile mobile connectivity that started with 3G should be amplified further with 5G. Subscribers are relying more on their mobile devices to perform most of their daily tasks, and DSL is simply not adequate for that. In addition to enabling mobile broadband connectivity, new 5G fixed wireless access solutions are being developed to provide high speed fixed broadband connectivity.

Cable internet is yet another alternative to DSL. Instead of relying on copper-based telephone lines, cable solutions use the television cable infrastructure to provide internet connectivity. As TV transmission only consumes a small part of the bandwidth, service providers are able to deliver high speed internet over the link.

When Elon Musk announced Starlink, everyone became suddenly interested in satellite communications. Satellites have a large footprint covering hundreds of kilometers. They have traditionally been used to cover areas where a terrestrial network cannot be deployed, such as islands. Satellite communications have also been used to provide voice services during natural disasters and other adverse events where the network is not operational. Starlink provided the users to enjoy worldwide broadband connectivity. In case satellite solutions can offer reasonably-priced services while ensuring low latencies and high data rates, they are poised to become the solution of choice for many internet users.

Should DSL be Killed?

If you think 2G and 3G technologies should be discontinued in mobile networks, then DSL is no longer needed to provide internet connectivity. In 2016, the United Nations declared internet access as a human right. DSL is a safety net to ensure wide internet connectivity, especially that it is a reliable and relatively cheap solution. Not everyone looks at the internet as a luxury item, but the majority consider it a necessity. Unless an alternative affordable solution can be provided to everyone, DSL should never be discarded. Back the mobile networks example, 2G and 3G are the only technologies that provide circuit switched voice services. Without these two technologies, voice connectivity will be as vulnerable as data connections.

Digital subscriber line, is a technology that has lifted the internet experience from the low speeds of dial-up connections to a level that allow the development of rich content applications requiring high data rates. DSL technology is however suffering from the fierce pace in the mobile evolution and shift in taste from fixed to mobile connectivity. A lot of technologies are standing in line to replace the aging technology. However, it is still too early to discontinue DSL as it is an affordable guarantee for internet connectivity.

“Inside Telecom provides you with an extensive list of content covering all aspects of the tech industry. Keep an eye on our Telecoms space to stay informed and up-to-date with our daily articles.”