Published 3 Years Ago on Wednesday, Dec 18 2019
By Hannah Beth Cooper 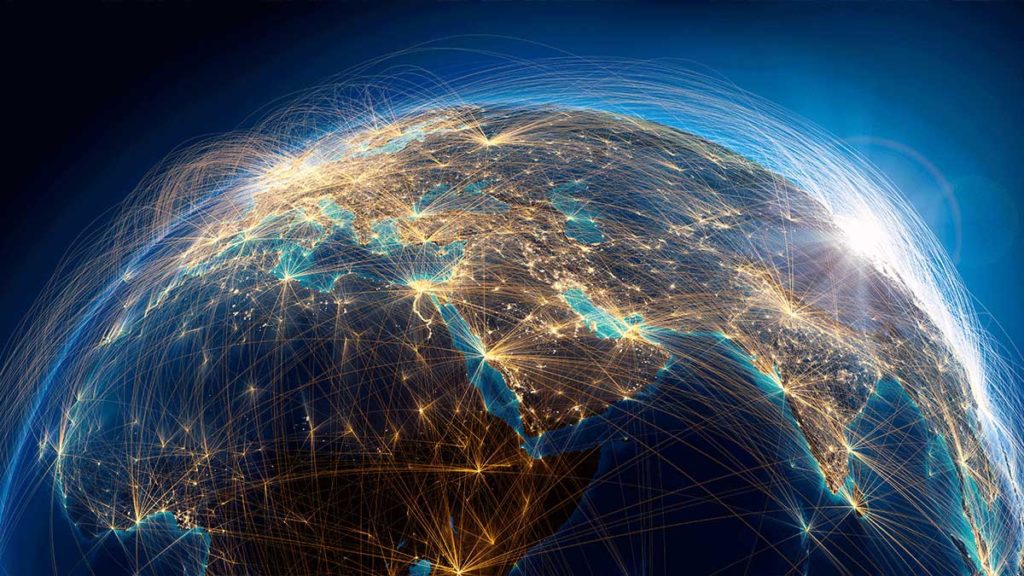 The contribution of the mobile economy in the Middle East and North Africa (MENA) region, is expected to reach just over 220 billion USD by 2023, as countries increasingly benefit from the improvements in both productivity and efficiency, as a result of increased utilisation and take-up of mobile services. Last year, mobile communication technologies and services contributed to a total economic value of 191 billion USD.

The MENA region also has some of the most penetrated markets on a global scale. Out of the 25 countries in the region, over half had subscriber rates of more than 70%. The global average for market penetration was 66%.

Obviously, in the more sophisticated markets in the region (UAE, Qatar etc.), subscriber growth has plateaued to below 2% on an annual basis. But the Middle East is a diverse region and there are still substantial prospects and opportunities for growth and development in terms of what it could bring on an economic level, and subsequently, on a social level. As well as mobile subscriptions, the number of mobile internet users is also expected to increase by 5.4%. This would take cellular internet penetration rates to over 50% for the first time. The reason we are seeing such exponential growth, is due to the transfer to mobile broadband from previous 2G subscriptions. Lately, 3G and 4G are being utilised from the outset, specifically from the younger demographics in the region. Increasing levels of smartphone adoption are also having a huge impact on internet uptake and its demand for data. It is estimated that by 2025, the number of smartphone connections in the MENA region will exceed 500 million by 2025.

10 operators have now launched commercial 5G services in the MENA region, all of which, operate in the Gulf Cooperation Council (GCC) Arab States and are aiming to be global leaders in respect to the deployment of 5G. Other governments perceive the technology to be a stepping stone to reach their ambitions for digital transformation and innovation. In the near future, it is likely we will see operators increase efforts to come up with new opportunities – extracting value from the key competencies and proficiency of this revolutionary technology. Immersive services like cloud gaming, AR and VR are being emphasised and pushed by regional operators. Etisalat UAE, recently launched a cloud gaming service which will benefit and adapt to 5G capabilities like low latency rates and high speed connections.

5G will play a critical role in the development of smart cities, and governments around the region have already launched numerous initiatives to enhance the quality of life in rapidly growing urban areas, addressing key environmental issues and maximize the utlization of scarce resources. Developments like Egypt’s Capital City and Saudi Arabia’s Neom mega-city will increase the utlisation of 5G, thus enabling the application of AI, Internet of Things (IoT) and other groundbreaking technologies. It is predicted by a recent GSMA report that the 5G connections in the MENA region will amount to 45 million. This will account for 6% of the areas total cellular connections.

With a rapidly expanding digital economy and a drive to ensure new technologies achieve their full potential, it is imperative that consumers feel able to trust operators and those that service the digital environment. Once again, privacy and data protection laws across the MENA region are diverse from country to country. Exponential technological growth has overtaken telecommunications infrastructure in several MENA countries which has led to a failure to implement adequate data protection laws and an inability to store and protect such large amounts of data. This is however, changing. In 2019, more than 130 countries introduced privacy and data protection laws. Although outside the MENA jurisdiction, The European Union’s General Data Protection Regulation (GDPR) has been a significant influence to the development and integration of legal infrastructure in the area. There are still critical advancements to be made in this regard as in most MENA regions, the protection and safeguarding of privacy and personal data are provided under law rather than specific national data protection laws. Countries need to work together in this capacity and identify common principles to build trust between those who govern. This foundation of trust will enable governments to ensure their citizens information is protected as it travels across borders.

Due to the massive impact that mobile economy information technologies and services have had on the GDP of the MENA region in 2018, it is not surprising that the mobile ecosystem was able to support approximately 1 million jobs, making a significant contribution to the public sector. 18 billion USD was raised by taxation alone. Several mobile operators are partnering with International Non-Government Organisations (INGOs) to address the economic, social and governance challenges caused by lack of services in the area. Big data solutions are being tried and tested to help solve issues like rising pollution levels, outbreak of disease, disaster and crisis response. Operators are strategically placed to ensure their significant impact in these areas. This has already been trialed in several areas around the world.

For a number of reasons – be they political or economic – hard cash remains the dominant method of payment across the MENA region even though 60% of adults in the region own a bank account. Innovation is slowly finding its way through by the increasing amount of investments in digital payment platforms. This, coupled with reforms in governmental policies, have been key factors in the success of such growth. The concept of mobile banking is not a new one and although not supported by modern internet technologies such as 5G, Kenya’s MPESA is a prime example of how cashless payment initiatives can have a sizeable positive impact on a nations GDP. Several MENA Countries are now introducing e-payment targets as a part of future visions and plans to reform. It is expected that Mobile platforms will occupy a vital role in the regions evolving cashless payment landscape. In GCC nations, we can already see big names like Apple, Samsung and Google working alongside FinTech providers to enable the increased sophistication of digital payments. Non GCC countries are growing, but moderately.

MENA and the Digital Revolution

Due to up-and-coming international players in the world of tech, situated in the area, the MENA region is an integral part of the digital revolution. Countries such as the UAE are now at the forefront of international innovation in both the development and implementation of such technologies and services. Other less technologically advanced nations, should not be discredited as they are the source of rapid economic growth in the region. The ongoing transition by MENA citizens from 2G services to 4G services, is a key aspect of the ongoing development and economic success in the region.