Ways that AI is helping the fight against COVID-19

Published 3 Years Ago on Thursday, Apr 16 2020
By Inside Telecom Staff 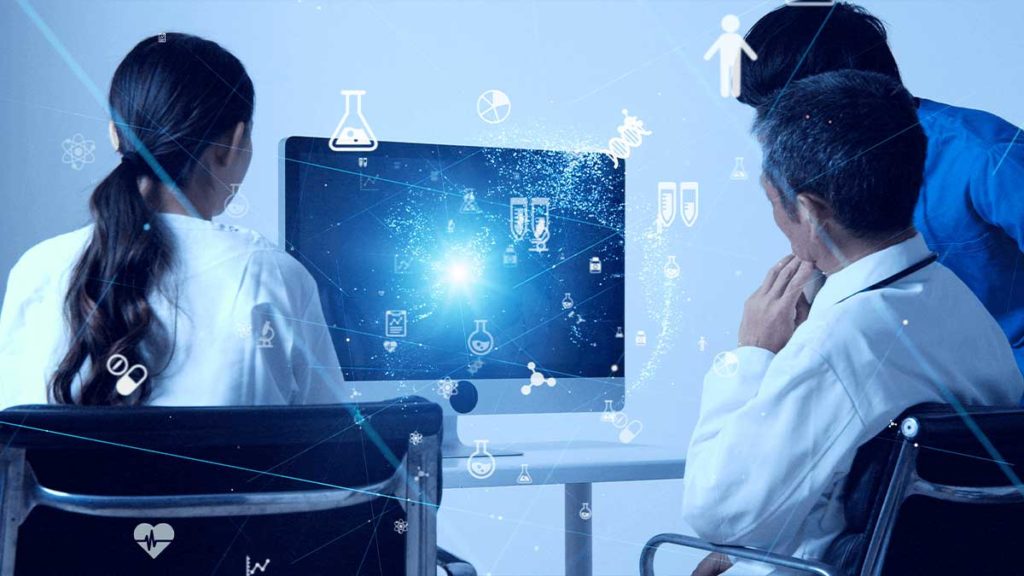 Initial cases of COVID-19 were first declared in December 2019, in Wuhan, China. After four months, the virus has now been diagnosed in 167 countries and almost 140,000 people have died.

The impact of the disease throughout the world will have unprecedented consequences for virtually all aspects of the global economy. The world seems to have gone to war with an invisible enemy, and therefore, any ways of tipping the scales in our favor, are welcome.

One such method, is applying AI to assist in tasks that are normally very complicated and time-consuming for humans. Here we look at ways in which AI is helping to fight COVID-19.

Big data is used to feed information into AI systems, making them very efficient in spotting patterns that are able to translate to raising the early warning signs of problems.

Google Fly Trends was created in 2008 and was one of the first initiatives to offer such solutions. It is used to localize the first symptoms of flu activity in specific communities by analyzing search engine queries in real-time and then making suggestions as to where the next potential outbreak could be. It was however considered a failure and discontinued years later. Despite this, it uncovered the potential for these tasks to be automated.

A similar approach but more thorough has been used to detect the current pandemic and its spread in mainland China. BlueDot is a Canadian health monitoring application and specializes in AI-based advanced warning systems that assess foreign news reports, animal and plant disease networks and official proclamations. It was the first to notify its own customers of the virus, days prior to officials (including the U.S. Centers for Disease Control and Prevention and the World Health Organization) sent out their official notices.

Aside from locating outbreaks, big data and advanced analytics has advised us on how COVID-19 is likely to spread across different paths and therefore enable proactive and preventative measures to be taken to mitigate the outbreak.

AI has seen a huge advancement in the past couple of years in the areas of computer vision and image processing, thanks to developments in the field of deep neutral networks. In the context of medical examination, it has been able to assist radiologists in detecting lung cancer, and has attained more accurate results in comparison to hum specialists. Furthermore, it requires much less time to reach a conclusion.

COVID-19 can be detected by carrying out CT scans of the chest of patients. This can take up to 15 minutes for doctors to diagnose because a full scan can include more than 300 images. Radiologists have now collected enough CT scans of people diagnosed with the disease for a dedicated deep neutral network to be trained.

The Alibaba research institute – the DAMO Academy reported a detection solution that is able to tell the difference between those infected with COVID-19 and those with a case of ordinary viral pneumonia with accuracy better than 90% in around 20 seconds.

The world now, is in the midst of a huge fight against COVID-19 and at some point, it will be eradicated, but a greater sense of relief will only come, once a vaccine has been developed.

This virus appears much more contagious and dangerous than the typical form of influenza, so a vaccine would need to be developed quickly. But according to IEEE Spectrum, such drug development usually takes around 10 years to move from concept to market and also has failure rates of more than 90% and a price tag of between $2 and $3 billion.

The pleasing news is that AI has already demonstrated that it is extremely capable of accelerating the drug from the discovery process, ensuring it is quicker, cheaper and less prone to mistakes. Earlier in the year a team from MIT used AI to discover an antibiotic that is able to kill some of the most drug resistant bacteria in the world. For COVID-19, the work has been in full capacity and multiple biotech companies supported by AI giants like DeepMind, Alibaba and Baidu have been working around the clock to find a much-needed solution.

We have not seen a disruption like COVID-19 in decades and the long-term and short-term consequences are difficult for us to imagine. Most of the impending repercussions are solely for humans to deal with but there are aspects where AI is able to help in solving the most complex and multidimensional issues, helping to save time, which can be used to focus on more human-related requirements.