As Wall Street Embraces the Cloud, Legacies are Forsaken 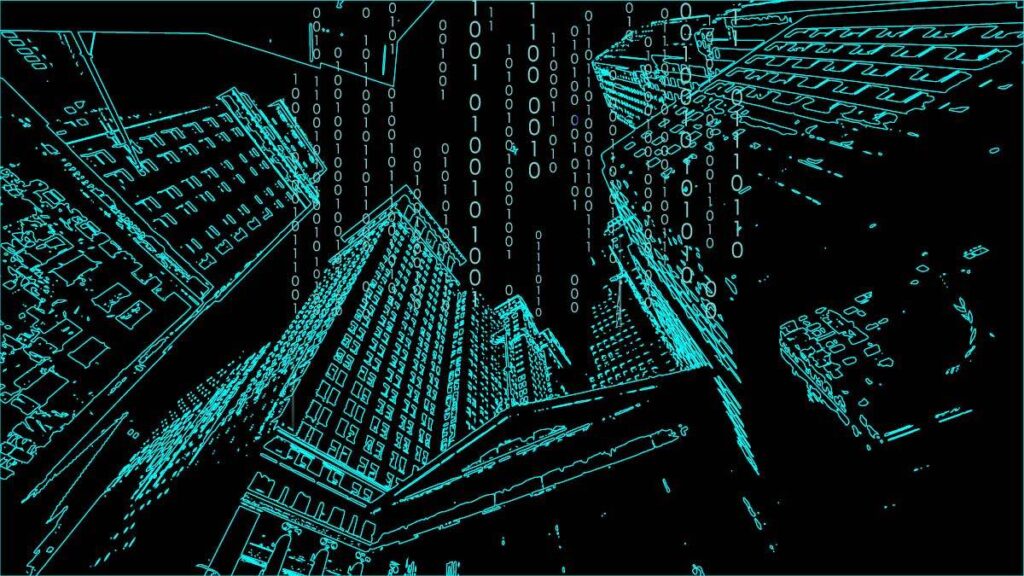 When the world was first hit with its COVID-19 case and the news hastily spread, global populations were hit with the pandemic whiplash, bursting into their comfort zones and breaking all bounders of normality. For the tech industry, however, this was not the case. As businesses were closing doors, Big Tech giants were embracing the opportunities that came with the pandemic, opportunities to take the industry to the next level, placing global economies in need of digital developments to sustain their businesses. Wall Street was one of those businesses, and this was the first step in the digitalization of the stock market.

Big Tech giants thrived in their endeavors, making them profoundly rich, directing the attention of the home of the New York Stock Exchange (NYSE) to the modernized alternatives of moving money around the world through cloud computing.

In the past decade, the tech industry matured to become the embodiment of what could be deemed as the colossus of digital transformation. The Big Tech giants, Apple, Microsoft, Google, Amazon, and Facebook, have emerged stronger from the pandemic. All that can be attributed to how their cloud computing infrastructure accelerated collaboration, communication, and online services as the world was confined within the boundaries of public safety.

In 2017, two of the most renowned financial institutions on Wall Street decided to alter the shifts between the financial sector and the tech industry. JP Morgan and ANZ Bank followed Capital One’s lead and embraced cloud computing technology to heighten their capabilities in critical aspects of the industry, such as security, scalability, and empowering multi-region support.

As the powerhouses of the tech industry, Wall Street looked upon the tech giants as valuable candidates to create the digital infrastructure it needed to modernize the way money street conducted its transactional business while cutting costs and increasing efficiency. For the money street, the digitalization of the stock market was a well calculated.

Wall Street embraces a hefty amount of data on a daily basis, with some of the most influential financial institutions increasing their computing power to maintain their large capacity. But making such a big move will not come without its risks and complications. It could result in detrimental complications in analysis, surveillance, regulations, illicit money transactions, money laundering, accessing customers’ data, and customer marketing.

A move such as this for a dominant financial powerhouse such as Wall Street will put it in the spotlight, placing it under the radar of some of the most notorious cyberthreats if their cloud infrastructure is not secure enough.

Placing this much responsibility on the Big Tech giants is a clear demonstration of how the world’s leading cloud companies, such as Microsoft Azure, Google Cloud, and Amazon Web Services, have managed to emerge from the pandemic as a vital addition to the financial sector.

Despite Wall Street’s adoption of the cloud and stock market digitalization, it is still unclear as to the which extent this will go. First, it was small establishments with a limited technology budget that sought old a less costly way of securing their data, then the larger banks followed.

A wave of Wall Street’s organizations, such as asset managers, insurance companies, and banks, are developing and altering their policies to create the needed framework for heavy masses of data and increasing their computer power to manage their businesses through the cloud. In doing so, playing their part in the stock market’s digitalization.

With that stands the increased capacity not only towards less costly solutions but also adding functional capabilities to support substantial data lakes, transformation and analysis, visualization, predictions, the collaboration between companies, and much more.

The rise of serverless capabilities drove the financial industry to alter their ways of managing money by scaling the data masses to whatever volumes are needed, leaving users to be charged with only the transaction costs only for the data process, in return, canceling the server costs.

Financial institutions are fortifying their infrastructure through the cloud by building the needed cloud skills, discovering the advantages of cloud computing, and augmenting functionality levels. Wall Street’s shift will improve business value in ways traditional means could not. The need for on-premises data storage and classification will soon be a thing of the past as cloud computing will prove itself to be a dependable way of storing data on the servers.

An estimate of 80 percent of financial transactions and 95 percent of ATM transactions were processed by a mainframe. The reliance on processed frameworks never raised issues, except how it will sustain itself against the colossal development and embrace of digital transformation.

Traditional technological legacies are just that, legacies. In order for the world, global economies, health sectors, and financial sectors worldwide to be able to deal with the acceleration in demand, they needed to make a move to the digital realm.

When the federal Paycheck Protection Program was rolled out, various banks began to notice characteristic weak points in their infrastructure, highlighting the need to modernize their tech framework.

The dependence on old technology is only because it works. Putting that aside will only underline the ever-higher need to reach new capabilities with fewer data centers that run on old technology.

In 2019, the biggest bank in the U.S., JP Morgan Chase, let go of its legacy ways and transformed its infrastructure into the cloud with three major cloud providers. AWS is one of the cloud companies that took the lead in managing such a shift after Capital One was the first to welcome cloud computing. Soon after, Gladman Sachs employed one of AWS’s senior executives to take the lead in shifting its financial framework to the cloud.

Wall Street’s financial institutions hold the keys to the cloud computing industry, and Big Tech companies are fully aware of that. The Wall Street titans, JP Morgan and Goldman Sachs, both got pitched by Amazon to create their cloud infrastructure, and the company won both accounts. An effort that placed Amazon in its next phase as it bursts into the walls of the home of the NYSE and could lead the company to its successive peaks or put it in its trickiest stage.