Why the pandemic left long-term scars on global job market

Published 2 Years Ago on Thursday, Mar 11 2021
By Associated Press 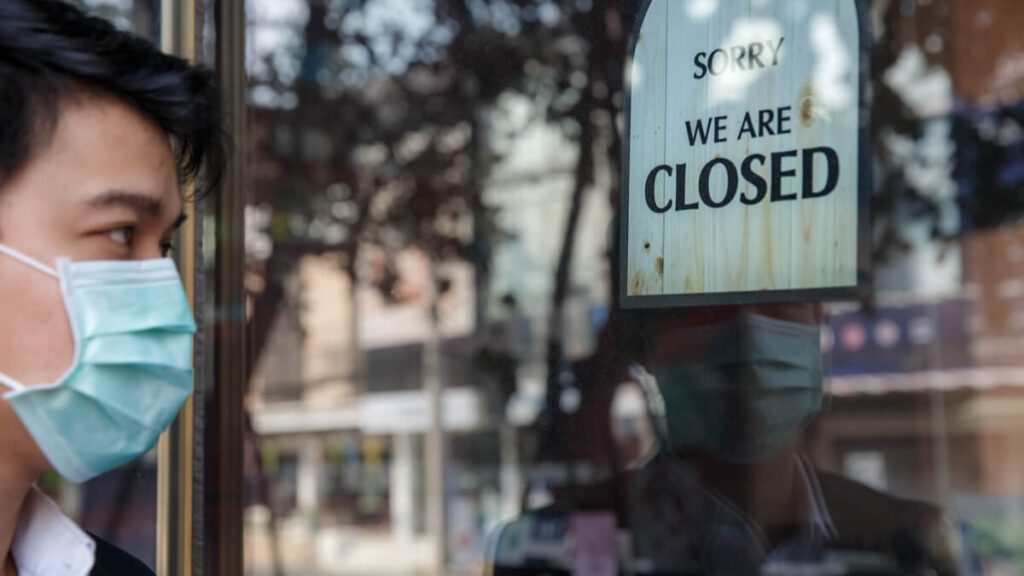 Esther Montanez’s housecleaning job at the Hilton Back Bay in Boston was a lifeline for her, a 31-year-old single mother with a 5-year-old son.

The pay was steady and solid — enough to pay her bills and still have money left over to sock away savings for her child.

But when the pandemic slammed the U.S. economy a year ago, it swept away her job — and millions of others. Since then, Montanez has siphoned away money from her son’s savings to meet expenses. She’s getting by on unemployment aid and, for the first time, has applied for food stamps.

“The truth is, I want my job back,’’ Montanez said.

Getting back the jobs lost to the pandemic is likely to prove a struggle. Even as viral vaccines increasingly promise a return to something close to normal life, the coronavirus seems sure to leave permanent scars on the job market. Millions of jobs lost likely won’t come back — especially at employers that require face-to-face contact with consumers: Hotels, restaurants, retailers, entertainment venues.

If the habits that many picked up during the pandemic — working, shopping and enjoying entertainment from home — persist when the health threat has receded, demand for waiters, cashiers, front-desk clerks and ticket takers may never return to its previous highs.

José María Barrero of Mexico’s ITAM Business School, Nick Bloom of Stanford University and Steven Davis of the University of Chicago have concluded that 32% to 42% of COVID-induced layoffs will be permanent.

The coronavirus recession has been especially cruel, victimizing people at the bottom of the pay scale. Lael Brainard, a Federal Reserve governor, said last month that the poorest 25% of American workers were facing “Depression-era rates of unemployment of around 23%’’ in mid-January — nearly quadruple the national jobless rate.

Services workers had long been thought to be safe from the threats that menaced factory employment: Foreign competition and automation. But more and more, as employers have sought to save money in a time of uncertainty and to promote social distancing in the workplace, machines are reaching beyond the factory floor and into retail, restaurants and hotels.

Tamura Jamison, for instance, came back to a changed job when she was recalled to work in June as a front desk agent at the Paris Las Vegas Hotel & Casino, owned by Caesars Entertainment. Her hours were cut from 40 to about 32 a week, resulting in a pay cut of about $700 a month.

Just 26 of 45 workers on her team were brought back. Existing self-service kiosks used to be optional for guests checking in. No longer, Now, agents must direct guests to the kiosks and intervene only if needed. That means fewer commissions for room upgrades; guests can request them on their own.

Jamison wonders whether the front desk operation will eventually be eliminated, the jobs lost as guests use keys on their smartphones to go straight to their rooms. “The front desk doesn’t really have to be there,” Jamison said. ”There are ways to eliminate our jobs.”

The pain is widespread.

In the Chinese city of Xuzhou, northwest of Shanghai, Guan Li, a convenience store owner, said he hired four out-of-work relatives but had to lay them off after sales fell by half. Now, he and his wife run the shop themselves.

“People just don’t want to buy,” he said. Guan, who is close to 60, and his wife plan to retire because the shop’ may no longer cover their costs.

In Egypt, Mohammed Gamal used to earn a decent living working six days a week at a café in Giza, twin city of Cairo. But pandemic restrictions and dwindling business shrank his workweek and slashed his income by more than half. It didn’t help when the government banned “sheesha,’’ the hookah water pipe that’s popular across the Middle East and a major moneymaker for cafes.

Now, he shares a room to save on rent. “I just work three days a week, and this is not enough even for a single person,” said Gamal, 31.

In New York, Bill Zanker is envisioning a comeback after being forced to close his luxury gym, Grit Bxng. He’s raising money to launch an at-home fitness business in the fall, which will mean eventually hiring to support a online business, including customer service and supply specialists.

Still, Zanker is hopeful that his Manhattan gym, known for its cocktail bar and backed by billionaire Tony Robbins and others, will eventually come roaring back. “There is so much pent-up demand,” Zanker said. “People after class are going to want to hang out and socialize. It’s like after Prohibition: Party like there’s no tomorrow.”

However things shake out, millions of dispalce workers will need to find new careers. Reviewing the job outlook in eight major economies, McKinsey estimated that 100 million workers — 1 in 16 — will need to change occupations by 2030.

Researchers at the Massachusetts Institute of Technology warned last year that low-paid workers without college degrees who’ve lost their jobs “may suffer significant hardship as they seek new work, potentially in occupations where they have no experience or training.”

By PAUL WISEMAN and ALEXANDRA OLSON