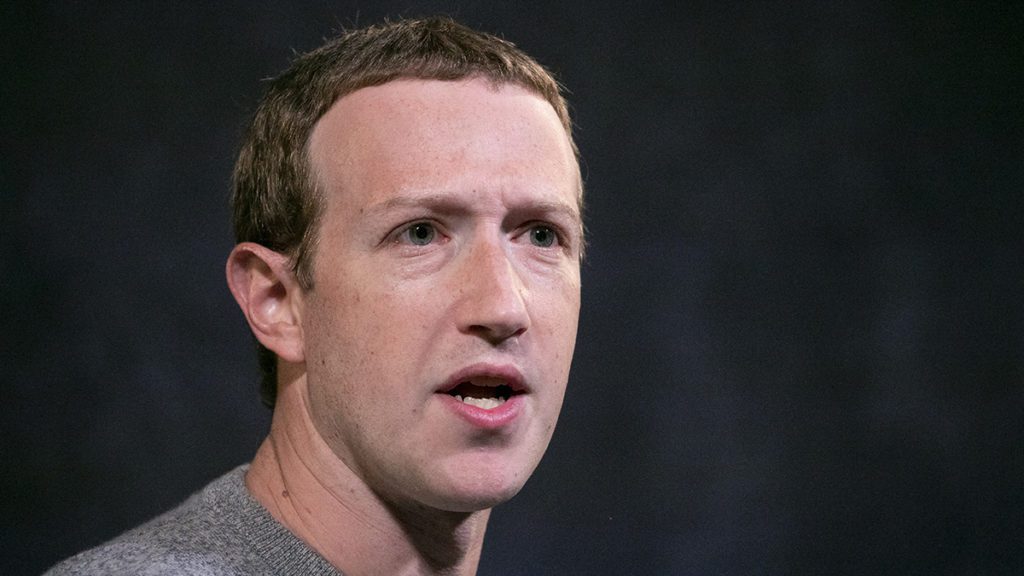 OAKLAND, Calif. (AP) — Facebook employees are using Twitter and Facebook’s internal communications tools to register their frustration over CEO Mark Zuckerberg’s decision to leave up posts by President Donald Trump that suggested protesters in Minneapolis could be shot.

“I know many people are upset that we’ve left the President’s posts up, but our position is that we should enable as much expression as possible unless it will cause imminent risk of specific harms or dangers spelled out in clear policies,” Zuckerberg wrote.

Angry demonstrations have spread across the U.S. over the past week, creating some of the most widespread racial unrest since the 1960s. The protests, which have been met by violent police action in many cities, were spurred by the death of George Floyd, a black man who died after he was pinned to the pavement by an officer who put his knee on the handcuffed man’s neck until he stopped breathing.

Trump’s comment evoked the civil-rights era by borrowing a phrase used in 1967 by Miami’s police chief to warn of an aggressive police response to unrest in black neighborhoods.

On Monday, dozens of Facebook employees staged a virtual “walkout” to protest the company’s decision not to touch the Trump posts according to a report in the New York Times, which cited anonymous senior employees at Facebook. The Times report says dozens of Facebook workers “took the day off by logging into Facebook’s systems and requesting time off to support protesters across the country.”

Workers also expressed frustration in other ways, including posting on Twitter, speaking to managers and writing on Facebook’s internal communication network.

Though virtual, this was the first time that Facebook workers have staged a walkout in the company’s history. Employees at the social media giant have been less outspoken than their counterparts at other tech companies such as Google and Twitter.

“I work at Facebook and I am not proud of how we’re showing up. The majority of coworkers I’ve spoken to feel the same way. We are making our voice heard,” tweeted Jason Toff, a director of product management at Facebook who’s been at the company for a year.

“I don’t know what to do, but I know doing nothing is not acceptable. I’m a FB employee that completely disagrees with Mark’s decision to do nothing about Trump’s recent posts, which clearly incite violence. I’m not alone inside of FB. There isn’t a neutral position on racism,” Facebook design manager Jason Stirman tweeted.

Stirman did not immediately respond to a request for comment on Monday.

Sara Zhang, a product designer at the company, tweeted that Facebook’s “decision to not act on posts that incite violence ignores other options to keep our community safe. The policy pigeon holes us into addressing harmful user-facing content in two ways: keep content up or take it down.”

“I believe that this is a self-imposed constraint and implore leadership to revisit the solution,” she continued. Zhang declined to comment to The Associated Press.

“We recognize the pain many of our people are feeling right now, especially our Black community. We encourage employees to speak openly when they disagree with leadership. As we face additional difficult decisions around content ahead, we’ll continue seeking their honest feedback,” Facebook spokeswoman Liz Bourgeois said in a statement Monday.

Facebook moved a weekly employee question and answer session with executives to Tuesday from this coming Thursday to respond to workers’ concerns.

Late Sunday, Zuckerberg again posted on Facebook, pledging a $10 million donation to racial justice groups. But he made no mention of Trump’s posts. Instead, he highlighted Facebook’s role in the spreading of the video of Floyd’s death.

“We need to know George Floyd’s name. But it’s clear Facebook also has more work to do to keep people safe and ensure our systems don’t amplify bias,” Zuckerberg wrote.

Twitter has historically taken stronger stances than its larger rival, including a complete ban on political advertisements that Twitter announced last November.

That’s partly because Facebook, a much larger company with a broader audience,targeted by regulators over its size and power, has more to lose. And partly because the companies’ CEOs don’t always see eye to eye on their role in society.

Over the weekend, Twitter changed the background and logo of its main Twitter account to black from its usual blue in support of the Black Lives Matter protesters and added a #blacklivesmatter hashtag. Facebook did the same with its own logo on its site, though without the hashtag.