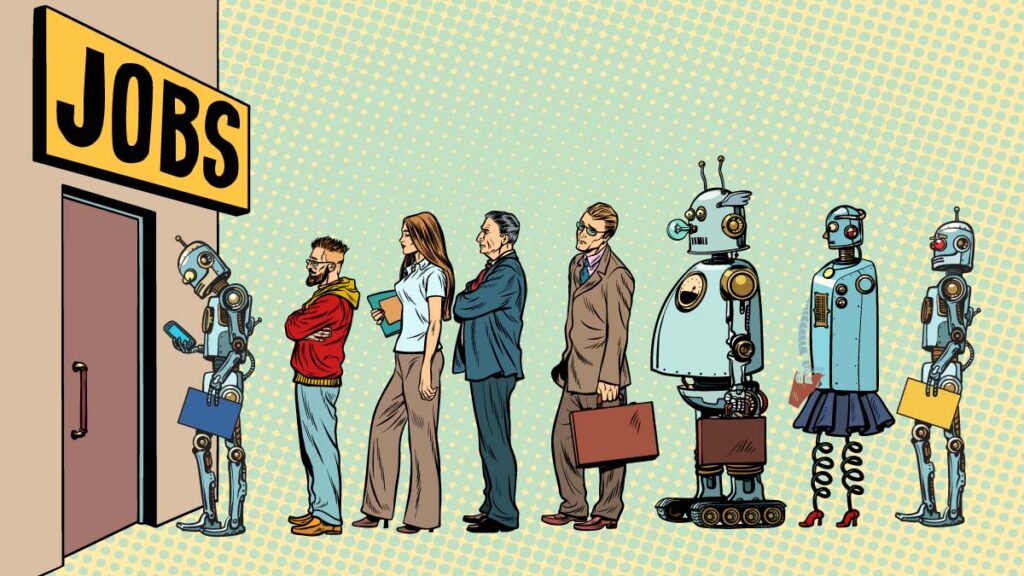 Technology has always been ambiguous when it comes to the development of humanity.

The printing press. The internet. Electricity. The steam engine. The telegraph. Each of these discoveries and inventions have greatly impacted society as a whole, taking humanity to the forefront of technological development.

These innovations are more often than not the catalyst for transformative change that redefine how general workflows run and constantly rewrite the rules of competitive economic advantage.

With the race for a rapid 5G rollout and expansion from tech companies, telcos and governments worldwide – that promises to shake the very core of how humans interact, work, produce, and play – there will always be winners and losers.

Unlike its predecessors though, 5G is a technological paradigm shift, akin to the shift from typewriter to computer. And it isn’t just a network. 5G will become the underlying fabric of an entire ecosystem of fully connected intelligent sensors and devices, capable of overhauling economic and business policies, and further blurring geographical and cultural borders.

However, this time around, people on the short end of the stick have more to lose than ever before.

Most discussions, forums, conferences and research surrounding 5G reflect what the world stands to gain from this innovative transformation of our day-to-day telecommunications; leaving a major segment of the world’s population to fend for themselves in an ever-changing society: Workers.

“Robots are already starting to take jobs from hourly human workers, and it’s going to continue. We need to stop avoiding the situation and create real solutions to help displaced workers. You can’t simply put a stop on technology innovation. Bans often create worse situations than allowing people to innovate,” says Blake Morgan, a customer experience futurist, in an article she published.

Out with the old, in with the new

Almost all aspects of life, business, and work will change once 5G firmly sinks its feet on the ground worldwide.

The retail industry will be replaced by automation, virtual reality (VR), and augmented reality (AR), automatically removing the need to be physically present in a store to try things out.

Self-driving vehicles will replace taxi and truck drivers, and those will likely be the first to get the boot as major tech companies such as Uber and Lyft have already begun spearheading efforts to develop autonomous vehicles.

“5G is going to be as significant as the industrial revolution followed by electricity and automobiles,” Cristiano Amon, President of Qualcomm CDMA Technologies, was quoted as saying.

Amazon has already opened 21 cashier-less convenient stores, called Amazon Go, in New York, Chicago, San Francisco, and Seattle, with plans to continue expansion as time etches on. That’s almost 3 million+ jobs, GONE with a drop of a hat; and it doesn’t end there, warehouses, factories, logistics companies, distributors’ jobs will be included.

Another category such as telemedicine and VR tele-education is on the horizon, and rapidly so due to the effects of Covid-19 on nations all around the world. These changes will open the flood gates for insurance companies and educational institutions to reap greater rewards by cutting staff.

The world will always need doctors and teachers, it’s just that humanity will need much fewer due to technology’s ability to allow each worker to reach and serve a larger audience. What will follow is their replacement by lower-skilled, lower-paid machine “handlers.”

A major shift in the job market is coming, and this is no time to sit back hoping it will all go away. Many jobs will be made, but many will be taken away.

While the deployment of 5G technology will create many jobs—22 million globally by 2035, according to IHS Markit— there needs to be adequate forms of training for the transitions to come.

Jobs being replaced by new technologies is nothing new—just ask people who were laid off from customer service or manufacturing positions in recent years. But previously unaffected occupations could be vulnerable in the near future.

“New skills will be needed,” says UK-based Amol Phadke, Managing Director at Accenture, adding that, “these will involve a combination of new recruitment plus the ability to upskill and retrain existing employees.”

However, the jobs created by 5G won’t replace those lost in a one-for-one trade.

Bus drivers won’t be able to hop over to a job in robotics without further education. Plus, at least some of the jobs created by 5G will likely be new occupations in new industries, requiring skills that don’t yet exist.

Some companies are already offering programs to teach employees new skills in emerging fields. A prime example of this is being done by Amazon, who recently announced that it was investing $700 million to reskill 100,000 of its employees in areas such as machine learning and robotics.

But there is a flip side to this approach.

Girls Who Code and similar organizations can’t help 40-Year-Old Women who were laid off and need new skills while also supporting their families. As a society, we’re very bad at imparting new skills to existing workers.

How can tech make sure that workers have the new skills needed? Do companies need to start schools? Do they need to band together and offer blanket training for potential workers, not just for existing ones? How do they make sure those workers don’t starve while they learn?

And there’s always the percentile of people who just can’t re-skill and don’t have it in them to fill the more human-driven roles. This would obviously lead to higher unemployment numbers, which would have a large impact on society and the economy.

It’s easy to say that 5G will accelerate innovation, create more jobs, enhance remote working conditions but if this part of the human population gets left out of the upcoming economic shift, then they will vote, and vote angrily.

The responsibilities of tech companies

Tech companies need to step up, and do it in a smart way, by not only creating jobs, but by introducing qualified workers that will help with the leg work of the upcoming phases ahead.

5G will create jobs as far as the mind can comprehend, since there will be millions upon millions of people in charge of building, maintaining and operating the networks and machines.

New occupations never heard of will start to mushroom uncontrollably, creating content and applications that we can’t even begin to imagine. Most will require skills, some of which haven’t been invented yet.

Bill Gates is especially worried about this.

In an interview with Quartz, he proposes a “robot tax” to fund re-skilling and improve the income of very low-income, human-centered industries like elderly home care, which are trapped in a cycle where there’s just very little money to go around.

“Relying on government to solve problems created by the tech industry is just passing the buck, though. It’s asking someone else to clean up your mess. That’s not cool. Tech is creating these problems; tech needs to make a good-faith effort to solve them,” Cuban was quoted as saying.

In parallel, many famous leaders have joined Elon Musk to start something called Open AI, a non-profit artificial intelligence (AI) research company that aims to promote and develop friendly AI in such a way as to benefit humanity as a whole.

However, this is a discussion that needs to happen across the board, or else we will see a greater reliance on social welfare due to a cut in salaries. Governments, tech companies, manufacturers, and the like need to find a strategy to effectively use the displaced workers, even in a small way and fast.