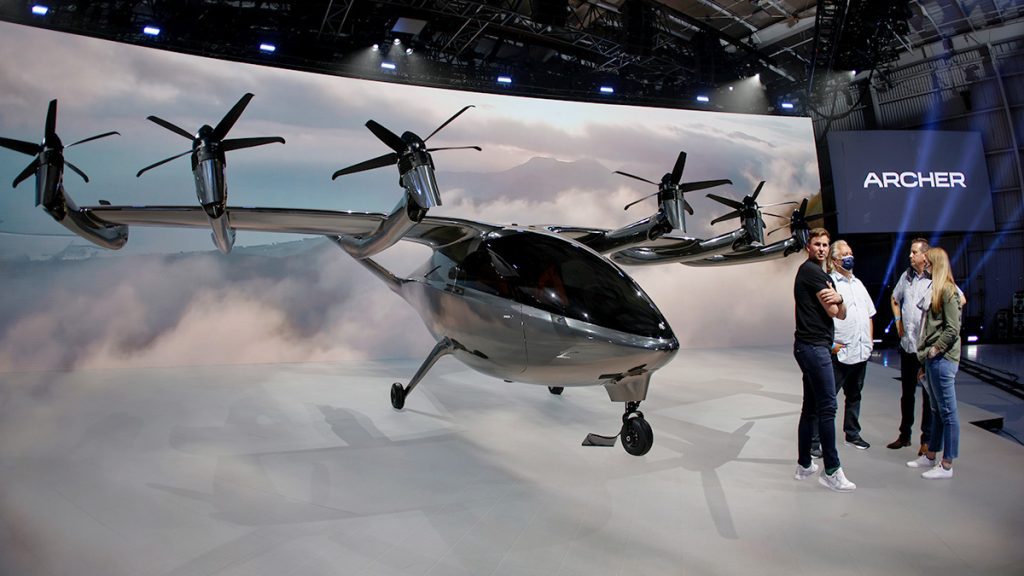 Archer Aviation Inc said it aims to make about 250 battery-electric air taxis in 2025 and scale up production in the following years, after setting a goal of getting its aircraft certified by the end of 2024.

Archer aims to certify its pilot-plus-four-passenger aircraft, ‘Midnight’, by end-2024, though the U.S. Federal Aviation Administration (FAA) is still in the process of drawing up certification rules for these futuristic aircraft.

“In terms of aircraft production, we have estimated in our Archer model ~20 units in 2025,” JPM analyst Bill Peterson said.

“We are not negative on the space, but think it will take a little longer to play out with the ramp not as steep as these companies had projected in their SPAC decks from over a year ago,” he added.

Once certified, the California-based start-up’s electric Vertical Take-Off and Landing (eVTOL) aircraft will compete in a crowded market with dozens of other developers such as Joby Aviation Inc and Vertical Aerospace Ltd vying to revamp urban transportation.

The nascent sector, which is backed by industrial heavyweights such as Toyota Motor Corp and Delta Air Lines, still faces significant challenges relating to certification, developing a suitable air traffic management system and battery technology improvements, among others.

In May, the FAA said it was modifying its regulatory approach in certifying eVTOLs by defining them as powered-lift aircraft rather than small airplanes, injecting concerns over certification delays.

Goldstein anticipates the industry may see demand for a thousand eVTOL aircraft on an annual basis.