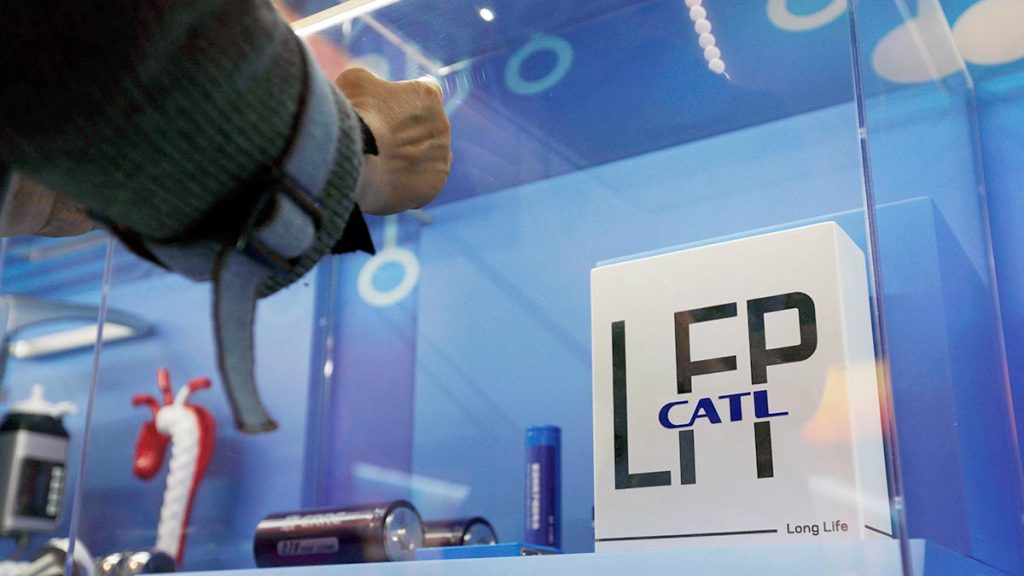 Chinese battery giant CATL has slowed its planning for investment in battery plants in North America on concern that new U.S. rules on sourcing battery materials will drive costs higher, two people with knowledge of the matter sa

The world’s largest battery maker, which supplies one of every three electric vehicles, has been considering opening new plants in the United States and Mexico since earlier this year, Reuters reported previously.

The planned investment in northern Mexico, South Carolina or Kentucky would be part of an expansion for CATL beyond China, where it controls almost half of the battery market, and serve major automakers who are customers, including Ford and BMW, people with knowledge of the process have said.

But CATL executives have slowed the process of vetting sites for potential new plants in North America since late August when the United States imposed tough new restrictions on the sourcing of material used in EV batteries, two people, who spoke on condition they not be named, told Reuters.

CATL did not immediately respond to a request for comment.

Executives from Volkswagen, BMW, and Hyundai have urged U.S. legislators to give automakers operating in the United States more time to meet the required battery sourcing targets to qualify for tax incentives.

But the shift by CATL represents the first known example of an automaker or major supplier rethinking an investment because of the new law, known as the Inflation Reduction Act (IRA).

Democratic Senator Joe Manchin, who was central to drafting the law, has said it was intended to drive companies to mine and process materials for batteries in North America and break the industry’s reliance on China.

The IRA requires automakers to have 50 percent of critical minerals used in EV batteries sourced from North America or U.S. allies by 2024, rising to 80 percent by the end of 2026.

CATL sees North America as a crucial market, the two people with knowledge of its planning said. But the new U.S. rules on sourcing battery materials had become a “banana peel” that have slowed the company’s investment plans, one said.

The rules would hike the costs of manufacturing batteries in the United States to a level higher than shipping them from China even if the U.S. government offers subsidies for CATL to build the plants, said a third person, who also asked not to be identified.

It was not immediately clear how much of a delay CATL was considering in any North American expansion or whether it could make other adjustments to its approach to narrow the cost gap.

China, led by CATL, dominates the EV battery supply chain, producing about 70 percent of battery cells made globally. It also has a dominant position in refining key materials including cobalt and manganese.

On Wednesday, BMW announced a $1.7 billion investment to build EVs and high-voltage batteries in South Carolina. At the event to announce the investment, Zipse was critical of the new sourcing requirements, saying the “United States should have a regulation that is not entirely unrealistic.”

“We are not unduly concerned,” Envision said in a statement when asked about the company’s view of the battery sourcing requirements.

Hyundai Motor Co, which is set to break ground next week on a $5.5 billion EV plant in Georgia, also wants U.S. legislators to offer companies investing in the United States some type of waiver or a longer transition period.

Signed into law in August by U.S. President Joe Biden, the IRA contains incentives designed to help meet his administration’s goals of halving U.S. carbon emissions by 2030 and getting to net-zero emissions by 2050.

Under the $430 billion law, rules governing the current $7,500 EV tax credit aimed at persuading consumers to buy the vehicles will be replaced by incentives designed to bring more battery and EV manufacturing into the United States.

The U.S. Treasury is currently taking comments on how to implement the rules around the EV tax credits.