Back to the Future (Part 1) – Telecoms, Women and History

Published 3 Years Ago on Thursday, Nov 28 2019
By Hannah Beth Cooper 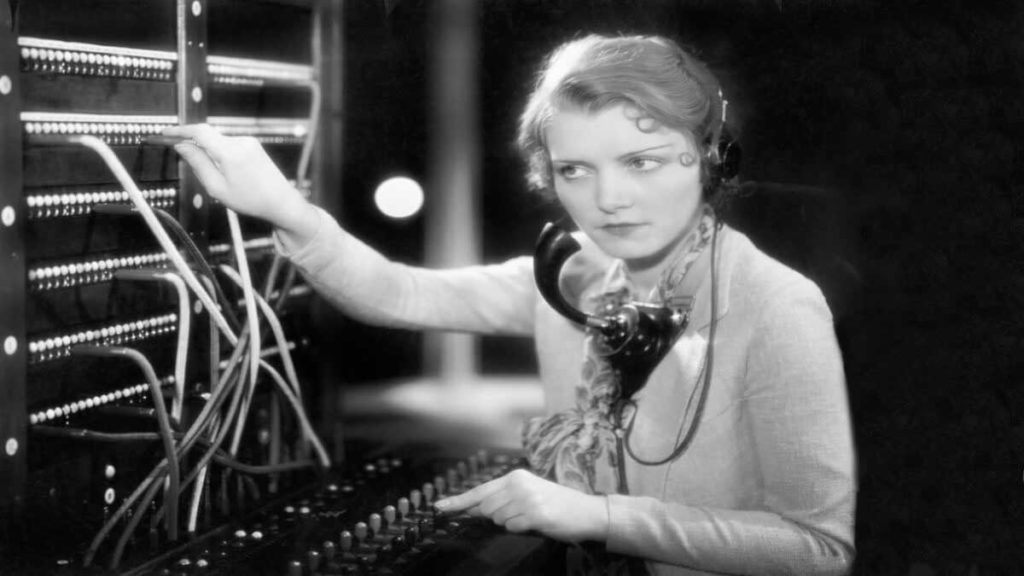 Since the birth of the telegraph and the telephone in the 19th Century, women have played an imperative role in the history of telecommunications. ‘Cable girls’ were huge contributors to both the industry’s development and also the overall improvement of women’s working conditions throughout the 20th Century.

As in most sectors, telecoms never gave women a privileged position or even, an equal one, in comparison to their male counterparts. Despite this, there is a unique difference as the telecoms sector has developed through the women that have been a part of it.

The first telephone exchange offices were built at the beginning of the 20th century. Initially ‘cable girls’ were recruited in small numbers but eventually, with the growing demand of this new communication method, it became hundreds. Hundreds turned in to thousands.

At the time the duties and skills of ‘cable girls’ were considered typically female traits. The role of the women was to ensure the telephone connection by connecting the correct line to the correct jack. General prerequisites for the role were that women were young, discreet, courteous and pleasing on the ear. A major requirement was that they knew how to respect the caller’s confidentiality.

During the First World War, whilst most men in Europe were away fighting, telephone exchanges became even more appealing to female operators. There was a need to ensure vital messages and communications could get through.

In spite of the industry’s growing popularity, conditions were difficult at that time as they were in many sectors. The equipment was heavy and uncomfortable. Women’s dress, efficiency and courtesy when answering calls were scrupulously controlled by hard and intolerant supervisors. This control didn’t stay in the work place either….. telephone operators had to be single and apply for permission to marry!!!

Women were also paid an average of 30-50% less than their male counterparts in the industry until 1946 in France and 1970 in the United Kingdom.

There have in fact been several significant struggles: they took part in strikes from the beginning of the 20th century, not to mention the fact they acquired the right to maternity leave before it became law in 1909.

Technological developments in the telecoms sector have evolved at huge speed in recent decades. The early telegraph system made way for fixed line connectivity to every home, almost ubiquitous internet and mobile telephony, and an explosion of digital practices around the world.

These huge technological transformations, and the evolution of needs and markets, continue to shape companies and our ways of working.

Coming Soon!!! Back to the Future Part 2: Telecoms, women and the future