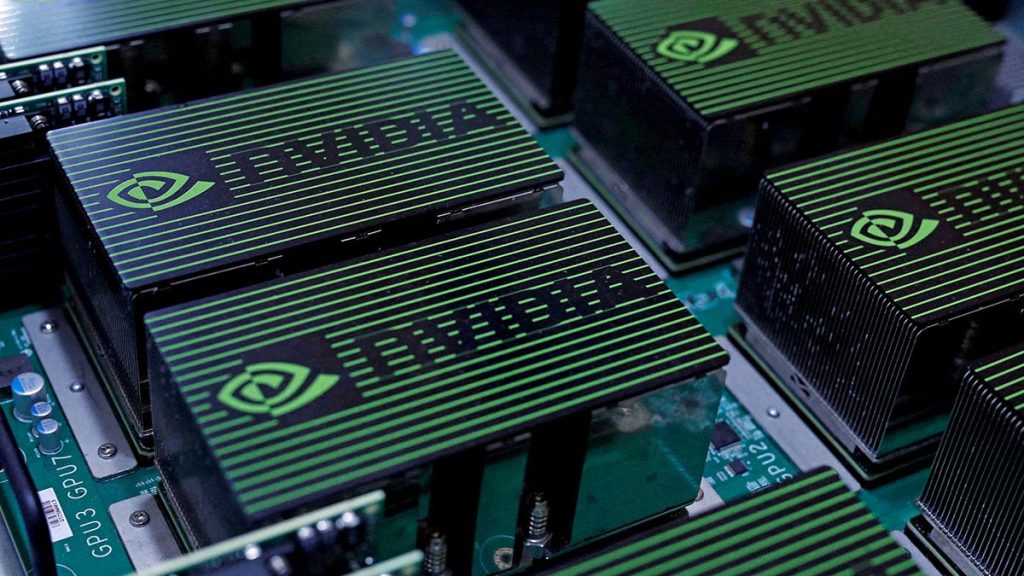 High-profile universities and state-run research institutes in China have been relying on a U.S. computing chip to power their artificial intelligence (AI) technology but whose export to the country Washington has now restricted, a Reuters review showed.

The development signalled a major escalation of a U.S. campaign to stymie China’s technological capability as tension bubbles over the fate of Taiwan, where chips for Nvidia and almost every other major chip firm are manufactured.

China views Taiwan as a rogue province and has not ruled out force to bring the democratically governed island under its control. Responding to the restrictions, China branded them a futile attempt to impose a technology blockade on a rival.

A Reuters review of more than a dozen publicly available government tenders over the past two years indicated that among some of China’s most strategically important research institutes, there is high demand – and need – for Nvidia’s signature A100 chips.

In the same month, the Institute of Computing Technology, part of top research group, the Chinese Academy of Sciences (CAS), spent around $250,000 on A100 chips.

The school of artificial intelligence at a CAS university in July this year also spent about $200,000 on high-tech equipment including a server partly powered by A100 chips.

In November, the cybersecurity college of Guangdong-based Jinan University spent over $93,000 on an Nvidia AI supercomputer, while its school of intelligent systems science and engineering spent almost $100,000 on eight A100 chips just last month.

Less well-known institutes and universities supported by municipal and provincial governments, such as in Shandong, Henan and Chongqing, also bought A100 chips, the tenders showed.

None of the research departments responded to requests for comment on the effect on their projects of the A100 export curb.

Nvidia did not respond to a request for comment. Last Wednesday, it said it had booked $400 million in Chinese sales of the affected chips this quarter which could be lost if its customers decide not to buy alternative Nvidia products. It also said it planned to apply for exemptions to the new rules.

The lack of chips from the likes of Nvidia and AMD is likely to hamper efforts at Chinese organisations to cost-effectively carry out the kind of advanced computing used for tasks such as image and speech recognition.

Image recognition and natural language processing are common in consumer applications such as smartphones that can answer queries and tag photos. They also have military uses such as scouring satellite imagery for weapons or bases and filtering digital communications for intelligence-gathering purposes.

Experts said there are few Chinese chipmakers that could readily replace such advanced Nvidia and AMD chips, and buyers could instead use multiple lower-end chips to replicate the processing power.

Reuters could not locate any Chinese government tenders mentioning the other two restricted chips – Nvidia’s H100 and AMD’s MI250.

But some of the tenders showed, for instance, chip purchases from U.S. technology firm Intel Corp and proposals for purchasing less-sophisticated Nvidia products, underscoring China’s reliance on an array of U.S. chip technology.

One tender in May showed the Chinese Academy of Surveying and Mapping, a research institute of the Ministry of Natural Resources, considering an Nvidia AI supercomputer to improve its ability to create three-dimensional images from geographic data.

“The proposed NVIDIA DGX A100 server will be equipped with 8 A100 chips with 40GB memory, which will greatly improve the data-carrying capacity and computing speed, shorten the scientific research process, and get scientific research results faster and better,” the tender read.

The National University of Defense and Technology (NUDT), which describes itself as a “military university” and “under the direct leadership of the Central Military Commission”, China’s top military body, is also among the buyers of A100 chips.

The NUDT, home of Tianhe-2, one of the world’s most powerful supercomputers, has been on a U.S. blacklist since 2015 due to national security concerns, eliminating the university’s access to the Intel processors it uses in its supercomputers.

One May tender showed the institute planned to buy 24 Nvidia graphics processing units with AI applications. The tender was published again last month, indicating NUDT had not yet found the right deal or supplier.

NUDT did not respond to a request for comment.