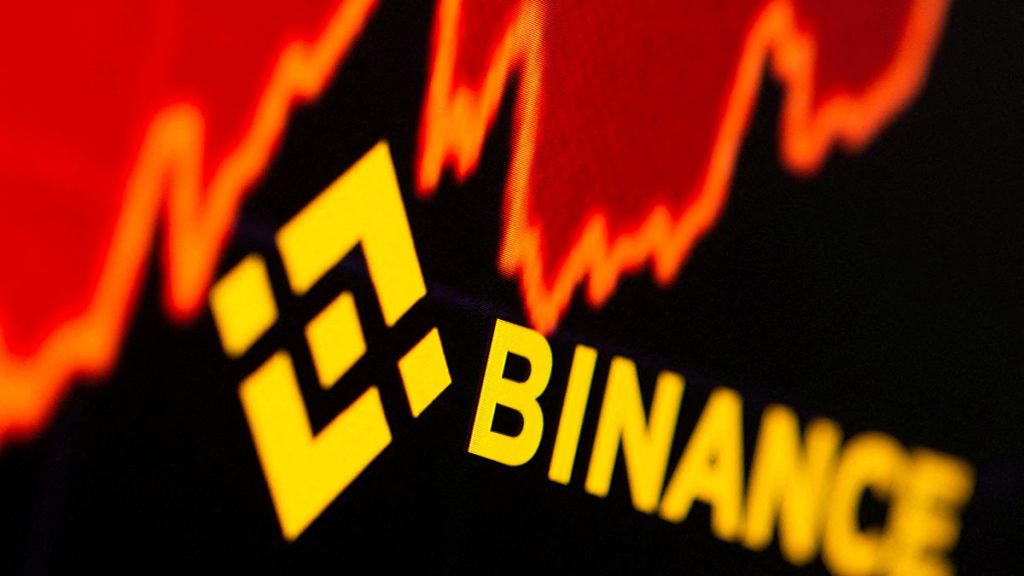 Crypto giant Binance signed a nonbinding agreement on Tuesday to buy FTX’s non-U.S. unit to help cover a “liquidity crunch” at the rival exchange, in a stunning bailout that raised fresh concerns among investors about cryptocurrencies.

The deal between high-profile rivals Sam Bankman-Fried, FTX’s CEO, and Binance CEO Changpeng Zhao came as speculation about FTX’s financial health snowballed into $6 billion of withdrawals in the 72 hours before Tuesday morning.

The pressure on FTX came in part from Zhao, who had tweeted on Sunday that Binance would liquidate its holdings of the rival’s token due to unspecified “recent revelations.”

“It’s scary to think that FTX, which is one of the largest crypto exchanges in the world, was bitten by liquidity concerns and Binance, their biggest rival, is coming to their rescue,” said Dan Raju, CEO of Tradier, financial services provider and brokerage.

The move, a dramatic reversal in fortunes of billionaire Bankman-Fried, 30, is the latest emergency rescue in the world of cryptocurrencies this year, as investors pulled out from riskier assets amid rising interest rates. The cryptocurrency market has fallen by about two-thirds from its peak to $1.07 trillion.

Major cryptocurrencies initially rallied on the news of the deal on Tuesday, but those gains were quickly erased.

FTX token – which gives holders discounts on FTX trading fees – was last trading at $5.33, having slumped by more than three-quarters. Bitcoin, the biggest digital token, was down 11 percent.

In a blog, Coinbase Global Inc assured investors it had minimal exposure to FTX after its shares fell more than 10 percent.

Bankman-Fried, whose net worth is $16.6 billion according to Forbes, had said just months ago he had billions on hand to help struggling digital asset platforms. In May he revealed a 7.6 percent stake in Robinhood Markets Inc, capitalizing on the trading app’s weakened share price.

Tuesday’s developments left FTX investors scrambling to figure out what the deal with Binance means for their investment in FTX, according to people familiar with the matter.

In a note to investors late on Tuesday, shared on Twitter and verified by a source familiar with the situation, Bankman-Fried tried to reassure FTX investors, saying that “protecting shareholders is our highest priority” but said details of the deal were “still being hashed out.” FTX did not immediately respond to a request for comment.

The companies did not disclose the terms of the deal, and it remains to be seen whether it will close.

Binance, the world’s biggest crypto exchange, will conduct due diligence in coming days as the next step toward an acquisition of FTX.com. The U.S. operations of Binance and FTX are not part of the deal, said Bankman-Fried, who is from California but lives in the Bahamas where FTX is based.

It is not clear how regulators will regard a deal between the two crypto exchanges.

U.S. antitrust enforcers could insist on probing the merger, antitrust experts said. “They could sue to stop it if they think it has an adverse effect on U.S. customers,” said Seth Bloom, an antitrust expert at Bloom Strategic Counsel.

Binance is also under investigation by the U.S. Justice Department for possible violations of money-laundering rules, Reuters reported last week, one of a series of investigations this year into Binance’s troubled history with financial regulatory compliance.

Last month, Reuters revealed fresh details about Binance’s strategy for keeping regulators at arm’s length and continuing disarray in its compliance programme. Binance said in response that it was helping drive higher industry standards and was seeking to improve its ability to detect illegal crypto activity.

A spokesperson for the U.S. Commodity Futures Trading Commission said the agency is monitoring the situation. The Federal Trade Commission declined to comment.

Two of the most powerful moguls in the crypto industry, Bankman-Fried and Zhao, known by his initials CZ, have had a turbulent relationship.

In late 2019, Binance invested in FTX, then a far smaller exchange, before exiting the investment in July last year. By then FTX had mushroomed into a growing rival to Binance, which dominates the crypto industry with over 120 million users.

Tensions between Zhao and Bankman-Fried surfaced in recent days, with a public disagreement playing out on Twitter, following a report by news website CoinDesk on a leaked balance sheet from Alameda Research, a trading firm founded by Bankman-Fried that has close ties with FTX.

The pace of withdrawals proved to be too much, however. “On an average day, we have tens of millions of dollars of net in/outflows,” Bankman-Fried wrote in a message to staff sent on Tuesday morning, saying how that amount had run into billions.

FTX did not respond to a request for comment on the message to staff.

In a tweet announcing the deal on Tuesday, Binance’s Zhao that FTX had “asked for our help” after “a significant liquidity crunch.”

Bankman-Fried said his teams were working on clearing out the withdrawal backlog: “This will clear out liquidity crunches. This is one of the main reasons we’ve asked Binance to come in.”

“A huge thank you to CZ, Binance,” Bankman-Fried wrote.