China determined to lead the line in technology & science innovation 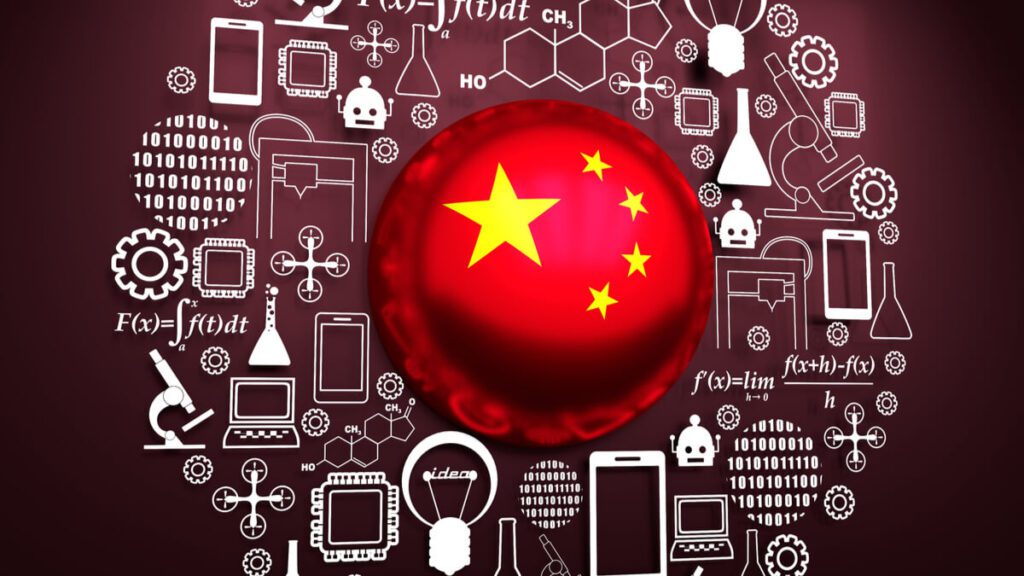 China’s ruling Communist Party has drawn a roadmap that will take the country to the forefront of global innovation for the next decade, as it plans heavy investments within major technological and scientific projects.

“The country will pursue innovation-driven development and implement a number of strategic projects in the fields of artificial intelligence, quantum information, integrated circuits, life and health, brain science, breeding, aerospace science and technology, and deep Earth and ocean exploration,” according to the full text of the Communist Party of China (CPC) Central Committee’s development proposals made public earlier this week.

The document shows the party’s determination to push forward its 14th Five-Year Plan (2021-2025, FYP) for National Economic and Social Development and the Long-Range Objectives Through the Year 2035.

“China vows to uphold the central role of innovation in its modernization drive and take self-reliance in science and technology as strategic underpinning for national development,” Xi Jinping, General Secretary of the CPC Central Committee, said during an explanatory speech.

The proposals mentioned within the FYP look to cement China’s dominant role in business-wide innovation across the board, as the country remains resolute on its innovation capacity.

“On the one hand, we will improve our capabilities in independent innovation because key and core technologies cannot be bought,” Wang Zhigang, Minister of Science and Technology, told reporters late last week.

The Minister added that the government will hope to learn more from the experiences of other countries while sharing with the world more scientific and technological achievements of China and contributing more ‘Chinese wisdom’ for tackling global challenges.

What’s on the menu?

The FYP contains a myriad of projects and construction efforts that will look to boost China as the global leader in tech innovation and sciences.

According to the document, the country plans to advance development of national laboratories, science centers and regional innovation centers, and support the formation of international science and technology innovation centers in Beijing, Shanghai, and the Guangdong-Hong Kong-Macao Greater Bay Area.

That’s not all, there will be an increased emphasis on internet integration within the sphere of big data, artificial intelligence (AI) coupled with other sectors where it will prove effective in advancing manufacturing,  building a series of strategic emerging industries as new growth drivers, and nurturing new technologies, new products, new business models and new business forms.

In addition, China will look to forge several strategic measures meant to facilitate the transition into a greener socio-economic development chain.

“The country will reduce its carbon intensity, or the amount of carbon emissions per unit of GDP and make an action plan to achieve the goal of having CO2 emissions peak before 2030,” the document highlighted.

This decision falls in line with the country’s efforts to promote and kick-start a global green revolution in the post-Covid-19 era and solidify President Xi Jinping’s commitment to achieve carbon neutrality by 2060.

“Covid-19 reminds us that humankind should launch a green revolution and move faster to create a green way of development and life,” Xi Jinping said in an address delivered via video link to the General Debate of the 75th session of the United Nations General Assembly back in September.

The FYP highlighted the need for China to lay the ground for new development patterns where domestic and foreign markets can boost each other with the domestic market as the mainstay, while pledging to continue to enhance the level of opening-up.

“Support will be given to the Hong Kong and Macao special administrative regions in enhancing their competitive edges and integrating their own development into the overall development of the country,” the document stated.

The takeaways from China’s FYP have been shown through several companies looking to increase their competitive edge with regards to technological and scientific innovation.

With that in mind, the Chinese Fintech sector has proved its persistence on pioneering tech advancements across the board to provide a better user experience for its people.

An example of this can be seen through the rapid construction of a pervasive fintech infrastructure that took between 5 to 6 years to fully implement, according to Forest Lin, VP at Tencent Financial Technology.

“Contactless commerce has stepped out of the shadow of dreams and started being a reality, mainly due to its convenience and seamless use across multiple industries, which makes it massive player for China’s economy and Tencent’s future plans going forward,” Lin said, during a panel discussion at this year’s MoneyFest 2020 conference.

He also highlighted that fintech will continue to grow as companies and customers have already integrated well into these kinds of payment methods that will look to benefit from a new surge of demands on the B2B and B2C levels.

The Tencent VP highlighted the need to align the growth of innovative technology alongside business growth for a more cohesive ecosystem.

“When mobile payments were first introduced, few people used it, so we had to create and facilitate a strong infrastructure to incentivize people to use it,” Lin said.

In parallel, Lin indirectly echoed the PCP’s FYP by highlighting the importance of partnerships across both public and private sectors in order to enhance the user experience, as well as keeping the technological infrastructure at pace to handle the digital explosion happening worldwide.

From there, Tencent is looking to put its weight behind development of facial recognition payment methods with seamless, fast, accurate, and secure experiences to ensure growth.

“Another example of such partnerships that we’re looking towards is our current work with the Chinese Tax Bureau, where we aim to develop a blockchain solution where vendors and merchants are able to issue digital invoices directly through fintech solutions, shying away from traditional paper methods that would ultimately lead to increased government authentication and transparency,” the Tencent VP explained.

While planning for the next five years is a long and rigorous process, there is no doubt that China is looking to capitalize on powerful vested interests which ultimately help to shape what will be a crucial plan for global climate and technological efforts.