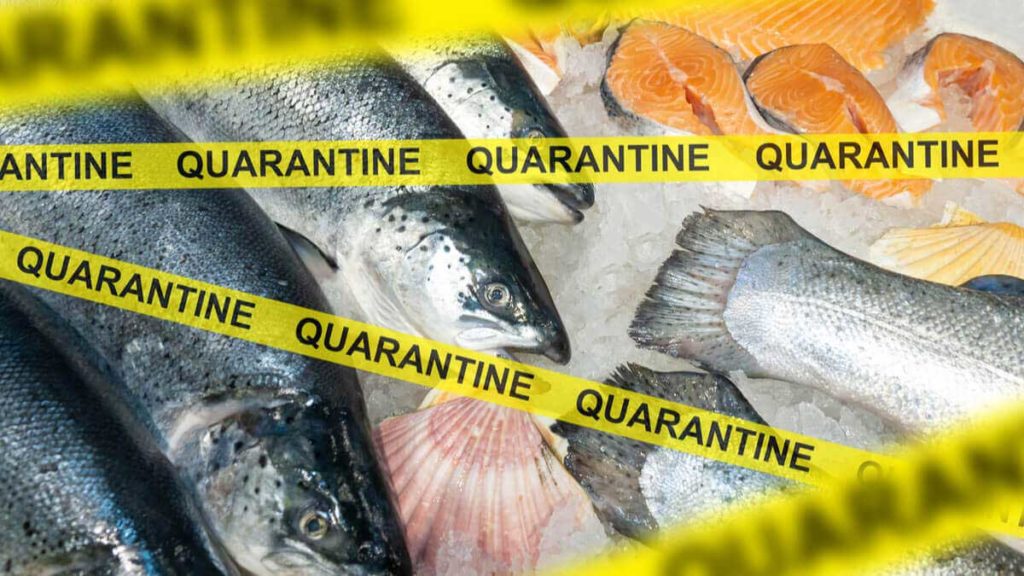 The General Administration said that the virus samples were found on the inside of one shipping container, and on the outside surface of 5 shrimp packages. This is not the first scare of its kind, however. Last month, a new cluster of cases partly pointed to imported salmon as a possible origin, which prompted authorities to take action.

Since then, China has started mass testing imported goods, which led to the detection of the Coronavirus found on frozen food packages

“The test result doesn’t mean the virus is contagious, but reflects the loopholes in companies’ food safety regulations,” said the director of the food import and export safety bureau, Bi Kexin. “Customs will further strengthen control of the origins of imported cold-chain food.”

Chinese authorities, global experts, and the FDA all agree that imported foods present a low risk for transmitting the virus. That has not stopped the testing however, as a low risk is still a risk however unlikely.

Kexin expressed that the tests are “an important measure to prevent the risk of the virus being transmitted from imported cold chain food channels. This is a necessary measure taken to protect the health of the people and does not interrupt normal international trade.”

The decision to halt all shrimp imports from Ecuador, the leading shrimp supplier, might hurt profits significantly. China is among Ecuador’s biggest customers alongside the US and Europe, and so shrimp exporters are not too happy with the decision.

China also halted the imports of meat from various countries like Germany, US, UK and Brazil. The Chinese ‘better safe than sorry’ principle is a proactive way of improving public health and safety.