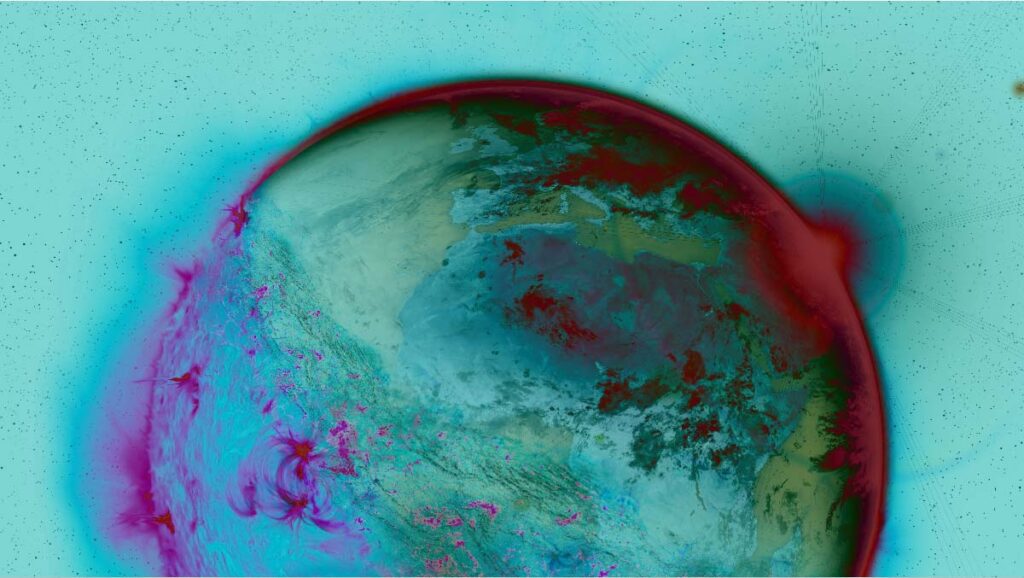 Climate change has become an urgent issue in the last decade as alarming numbers have emerged, forecasting some catastrophic consequences on humanity as a whole. Carbon dioxide, a heat-trapping gas released from irresponsible human activities such as deforestation and excessive fossil fuel usage, has reached an all-time high of 417 parts per million, according to NASA. The chain effect has resulted in an increase of 1.01 degrees in the Earth’s temperature, a 13 percent per decade decrease in arctic sea ice extent, and 3.94 inches increase in sea levels.

Solar geoengineering is a technique that aims at reducing the Earth’s temperature by reflecting sunlight back into space. This is achieved using different approaches, all looking to increase the reflection of sunlight, a process known as albedo modification. In particular, two techniques stand out:

In this approach, aerosols are injected into the stratosphere. They will then reflect sunlight and lead to the cooling of the Earth’s surface. Aerosols will remain in the upper atmosphere for several years.

In this case, sea salt is injected into the cloud to increase its brightness. Consequently, their reflective properties are improved.

The technology from sci-fi is not without controversies in every angle one can think about. First of all, geoengineering solutions are artificial in nature in the sense they do not solve the root cause of the problem but rather slow down climate change effects preventing large-scale disasters. The interaction between geopolitics and economics also plays a big role in determining how such solutions are deployed. Who will benefit from these techniques, when and where are questions heavily impacted by politics and inequalities in resources, as is the case with most planetary problems?

What about Throttling New Technologies?

The advent of new technologies has had a devastating effect on the climate as energy consumption has literally skyrocketed since its inception.  From cryptocurrency mining farms to the metaverse and, lately non-fungible tokens (NFTs), the situation is only spiraling in the wrong direction.

Don’t get me wrong, the metaverse has been a disruptive technology in the last couple of years. But the extreme use of computational resources has had a devastating effect on the climate. The leap into virtual reality requires continuous processing and rendering tasks that basically keep cloud computing entities running. As a representative figure, running an AI model is estimated to produce 300000 kilograms of carbon dioxide emissions.

Mining is another contributor to the exacerbation of the problem. Dedicated antminers and graphical processing units are usually operated continuously, performing mathematical operations to validate various blockchain transactions. The consequent rise in electricity usage, normally generated using fossil fuels, has a detrimental effect on the environment. An article by Fortune pictures the effect of bitcoin mining, notably highlighting the fact that Bitcoin emits some 57 million tons annually of carbon dioxide and that offsetting the related carbon footprint would require planting 300 million trees, a staggering number illustrating the heavy impact of new technological trends.

The Internet of Things to the Rescue

The proliferation of the Internet of things (IoT) solutions has been beneficial in many areas such as healthcare, industry, agriculture, etc. IoT offers a myriad of opportunities to reduce energy consumption by relying on smart sensing equipment. Many examples can be given, such as follows:

A smart grid is simply “an electricity network enabling a two-way flow of electricity and data with digital communications technology enabling to detect, react and pro-act to changes in usage and multiple issues. Smart grids have self-healing capabilities and enable electricity customers to become active participants,” as defined by i-SCOOP. Smart meters and sensors dispersed throughout the distribution and transmission grid allow an optimization of the process reducing power losses and improving energy provision. The generation stage in the smart grid can also consist of distributed plants relying on renewable energy sources.

AI and IoT is an excellent combination to reduce carbon emission with the hope of reaching the “zero emissions” target. Fleet management can be optimized to reduce fuel consumption and emissions. Smart farming solutions can be devised to reduce generate waste and improve productivity.  Smart cities are another area where AIoT can be employed to reduce carbon emissions. By deploying sensors throughout, different applications can be developed based on the huge amount of generated data. These include smart street lighting, traffic management, pollution monitoring, and energy management. Digital twins are another domain where operations can be optimized virtually before being applied to a real model.

Many other IoT use cases are actually being investigated as well to tackle climate change challenges, including smart buildings. The “upgrade” from the internet of things to the internet of everything (IoE) promises to further expand the spectrum of possibilities to save the planet.

Climate change is an extremely urgent issue. The severity of the problem, highlighted by the United Nations, has reached a point where irreversible damage can occur at any point in time. Judicious use of novel technologies or even the development of climate change technologies can help significantly reduce carbon and hazardous gas emissions. In all cases, finding the sweet spot when using any alternative is key to achieving the projected targets. Among others, the use of AI is a double edge sword. Its usefulness in the context of IoT solutions can be negated easily by the significantly large carbon footprint of AI algorithms. Therefore, moderation is the first solution towards a net-zero target in the coming years.

Inside Telecom provides you with an extensive list of content covering all aspects of the tech industry. Keep an eye on our Technology, IoT and  AI  section to stay informed and up-to-date with our daily articles.