Published 3 Years Ago on Wednesday, Mar 11 2020
By Inside Telecom Staff 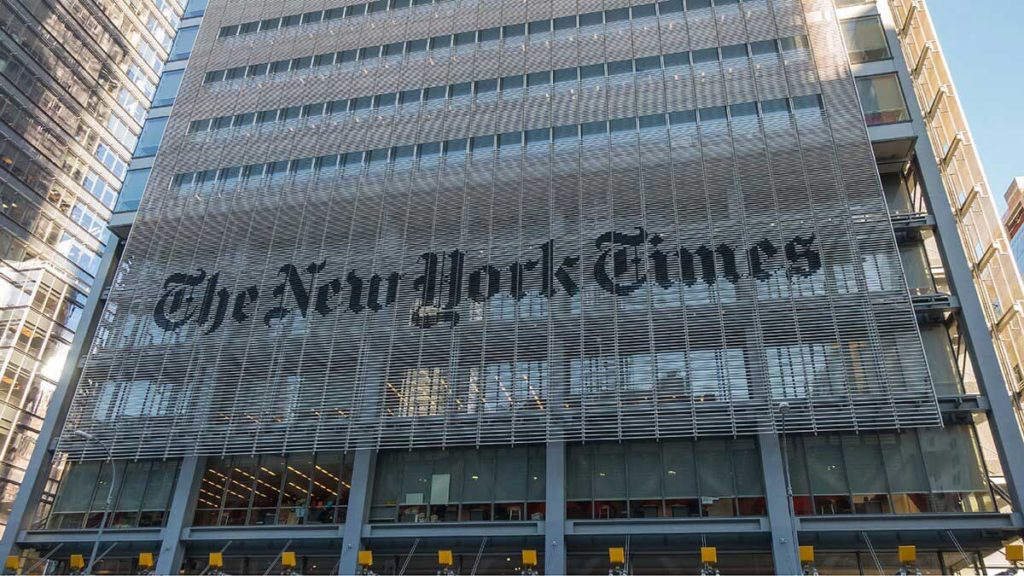 NEW YORK (AP) — The Washington Post is encouraging its staff to work at home and the Los Angeles Times is restricting air travel, two illustrations of how news organizations compelled to cover the coronavirus outbreak are balancing the need to keep employees safe.

Both of those directives went out in memos to staff members on Tuesday. CNN also said that, as of now, its planned Democratic presidential debate Sunday between Joe Biden and Bernie Sanders is on — though it will take place without a live audience.

Washington Post Publisher and CEO Fred Ryan said the Post was encouraging, but not mandating, telecommuting for newsroom personnel if their jobs or needs for equipment permitted it. The policy is in place at least through the end of the month.

“It’s a smart thing to do to minimize or eliminate what could go wrong here,” said Cameron Barr, a Post managing editor. The newspaper had preparedness plans in place, and technology allows most employees to stay connected remotely. The newsroom won’t be empty, since some editors and other staff will remain.

Ryan said the newspaper would continue to operate at “full scale” despite the dispersed employees.

For most people, the new coronavirus causes only mild or moderate symptoms, such as fever and cough. For some, especially older adults and people with existing health problems, it can cause more severe illness, including pneumonia.

The vast majority of people recover from the new virus. According to the World Health Organization, people with mild illness recover in about two weeks, while those with more severe illness may take three to six weeks to recover. In mainland China, where the virus first exploded, more than 80,000 people have been diagnosed and more than 58,000 have so far recovered.

The Los Angeles Times said it was suspending air travel for staff members except in cases where it is “absolutely” required for the job, according to a memo sent by Executive Editor Norman Pearlstine on Tuesday. Those who do have to fly will be asked to work from home for two weeks after their flight, he said.

Exceptions will likely include coverage of sports teams or presidential campaign coverage, said a senior editor at the newspaper who spoke on condition of anonymity because the person was not authorized to discuss the plans publicly. Some reevaluations are taking place; this weekend’s debate will likely be covered off television instead of by a reporter on site, the editor said.

“We all recognize there are certain stories you can’t cover by phone and we will continue to travel to cover them,” the editor said.

Staff members have been given the option to work from home if they can, subject to their manager’s OK, the Los Angeles Times said.

The New York Times told its employees this week that if they want to work remotely they can do so, “and many have taken us up on the offer,” a spokeswoman said.

Remote working is not always an option. NBC News, primarily a television news organization, did not mention telecommuting in a coronavirus memo sent to staff Tuesday. The network said it was stepping up cleaning of its facilities and making more sanitizers available.

Bloomberg News said it is requiring its employees in China, Hong Kong, South Korea and Italy to work from home, and recommending that its workers in Seattle, Washington, do the same. Other employees who want to telecommute must make arrangements with their supervisors, a spokesperson said.

The Associated Press said it expects its employees to come to work but is dealing with individual concerns on a case-by-case basis. AP journalists are not expected to go to hospitals or the homes of people infected by coronavirus, a spokeswoman said.

CNN and WarnerMedia Sports said travel should be done “only if absolutely necessary,” the company said in a memo from Jeff Zucker, head of both organization. Internal meetings should be done by phone or video conference, if possible, or put off altogether.

“Any employee who has discomfort about traveling anywhere will not be required to do so — regardless of the proposed assignment or event,” Zucker said in his memo.

CBS said it has taken similar steps. It is discouraging large meetings and encouraging staff to do interviews by electronic means like Skype, if at all possible, in areas where there is an outbreak, a representative said.

ESPN, facing weeks of college basketball tournaments across the country, has no hard-and-fast rules because the situation is still fluid but has stressed that it wants its employees to feel comfortable and safe.