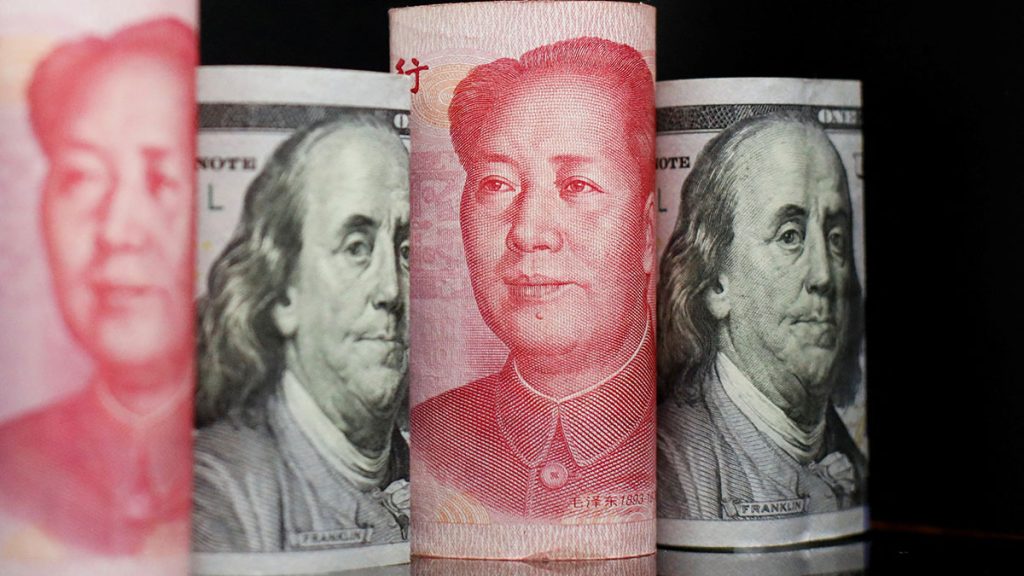 The dollar steadied during Asia trade on Tuesday after some of the momentum ebbed out of bets on China’s reopening, and as traders looked ahead to U.S. midterm elections.

The yuan had its best day in two years on Friday, and has held most of those gains since, but gave back a little bit through Tuesday to trade at 7.2442 per dollar as fresh COVID-19 outbreaks chipped away at some of the optimism.

The growth-sensitive Australian and New Zealand dollars, carried along for the ride, also made falls of about 0.5 percent, leaving the Aussie at $0.6449 and the kiwi at $0.5916, after earlier touching a seven-week high of $0.5951.

Market focus is shifting to U.S. midterm elections later in the day, with a Republican victory and consequently gridlock in Congress forecast. A conclusive result could take days.

Some analysts say that outcome could be positive for bonds and negative for the dollar if it leads to less fiscal stimulus.

“If we get a gridlock outcome or Republican sweep, it won’t be so easy to get fiscal stimulus through next year, which means then that (Federal Reserve chair Jerome) Powell can afford to take the foot off the interest rate hike accelerator,” said Damien Boey, chief macro strategist at Barrenjoey in Sydney.

The euro was flirting with a dip back below parity and was last at $1 exactly. Sterling, which surged on Monday, was 0.2 percent weaker at $1.1490, with focus there on fiscal update expected on Nov. 17.

China’s strict virus policy includes lockdowns, quarantining and rigorous testing, and officials said over the weekend the measures are “completely correct” and will stay. But incremental adjustments have been enough to keep traders’ from despair.

“Where there’s smoke, eventually there’s fire, so the market is pricing in improved optimism, though at the moment it’s all based on hopes,” said Rodrigo Catril, senior currency strategist at National Australia Bank in Sydney.

In cryptocurrencies, bitcoin fell 5 percent to $19,600 and ether dropped sharply in moves traders said were linked to concern surrounding brokerage FTX, after rival Binance said it would liquidate holdings of FTX’s native token.

The Japanese yen hit a one-week high of 146.35 per dollar. Japanese foreign currency reserves posted the second-sharpest monthly decline on record in October as authorities spent 6.35 trillion yen intervening to support the yen.

Bank of Japan policymakers debated the need to look out for the side-effects of prolonged monetary easing and the potential impact of a future exit from ultra-low interest rates, a summary of opinions at their October policy meeting showed on Tuesday.