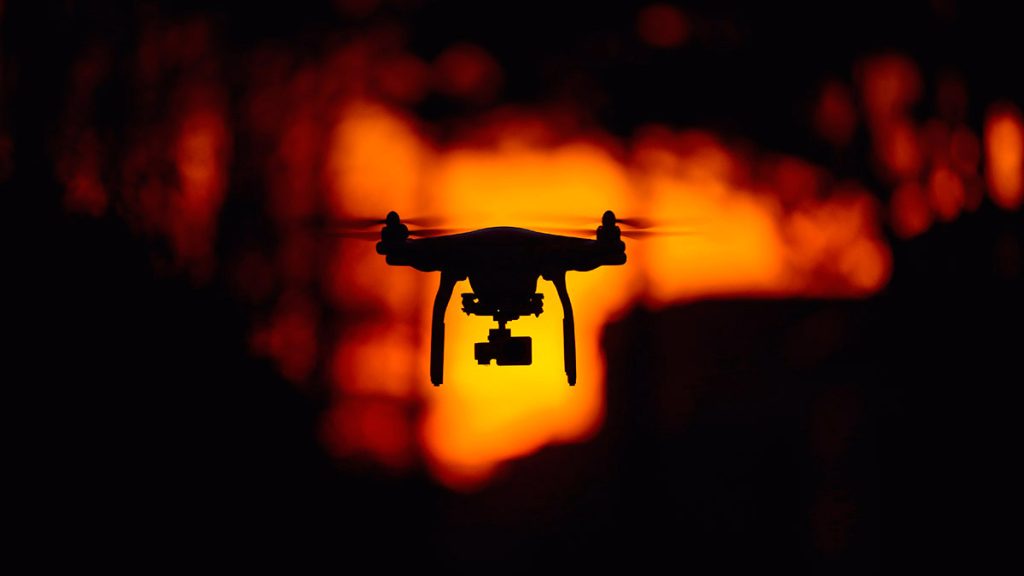 Since the invention of airplanes and attaching guns to them, those who ruled the skies ruled the battlefield. This fact has only been emphasized by the deployment of drones in modern military theatres across the world, pushing military powers all over the world towards a type of drone wars for the sky above the actual battlefield. War drones have evolved, and just like our smartphones, they have gotten smaller, cheaper, and have more functionality.

It’s a scary world we live in where the blue sky can be hiding a sudden death from above for anyone fighting an advanced military superpower.

How Are Drones Used in War Today?

Military drones are nothing new. You could make the argument that the first unmanned drone was the German V1 buzz bomb used. The armies of several nations deploy unmanned systems of various sorts nowadays. Here, it’s crucial to draw a few key differences.

Unmanned aerial vehicles (UAVs), albeit the most prevalent and the ones most commonly linked with the name “drone” in the general public’s mind, are not the only type of unmanned systems in use. In reality, there are also naval platforms and land-based systems (also known as unmanned ground vehicles, or UGVs), which are further broken down into two subcategories: unmanned surface vehicles (USVs) and unmanned undersea vehicles (UUVs) that are part of the global drone wars.

On top of that, not every platform has the same degree of autonomy. However, there are also completely autonomous drones that can operate without the (direct) assistance of human operators; one example is the US Navy’s experimental X-47B. The majority of drones are really remotely piloted systems. Finally, not every drone can fire on targets, with some drones used simply for surveillance, and others, like those used by insurgent groups and militias, simply carry a remotely detonated bomb towards the target.

Nevertheless, a variety of tasks are performed by drones in war. These include targeted assassination, mine-sweeping, search-and-rescue, logistics, IED demolition, and armed patrol, in addition to intelligence, surveillance, and reconnaissance (ISR), as well as other related activities.

In these circumstances, drones are operated singly or in small groups, each with a separate operator (s). But for all that, developments in AI, robotics, and data fusion could not only open the door to completely autonomous systems capable of carrying out difficult tasks on their own, but they might also enable intricate collaboration in a way that fundamentally alters combat.

Drone Wars of the Future

If you are a fan of the Netflix series Black Mirror, you will undoubtedly remember the episode with the robotic bees. No spoilers, but it turns out that giving millions of little autonomous drones artificial intelligence (AI) and machine learning (ML) capabilities, access to the internet, and facial recognition software is a very bad idea.

Yes, you read that correctly; we already have the first instances of drone swarms in the world. By enabling a large number of drones to work in a coordinated and responsive manner, developments in new technologies like AI, robotics, and data fusion may completely change the way that drones are used in industry. This “swarming” idea, if completely realized, might have significant tactical and strategic ramifications, perhaps even altering the character of combat in the twenty-first century.

Swarming is a true quantum leap beyond conventional maneuver combat. Perhaps the next development in warfare thrusting global superpowers into an entirely new method of drone wars combat will change war altogether. Shortening reaction times and making up for individual vulnerability with the swarm’s collective resiliency would result from extensive coordination between interconnected systems acting as a single, reactive entity. This would greatly improve the warfighting capabilities of the armed forces using swarms and give them a significant advantage over conventional militaries. Major powers are intrigued by the idea and trying to get an advantage in the field for this reason.

Innovation is at the heart of human development, but sadly it is also at the heart of human violence and self-destruction. Perhaps the future of warfare will be more precise and less messy than what we are used to, or perhaps it will lead to horrors on the battlefield beyond imaging. Only time will tell.

Inside Telecom provides you with an extensive list of content covering all aspects of the tech industry. Keep an eye on ourAI and  Technology  space to stay informed and up-to-date with our daily articles.