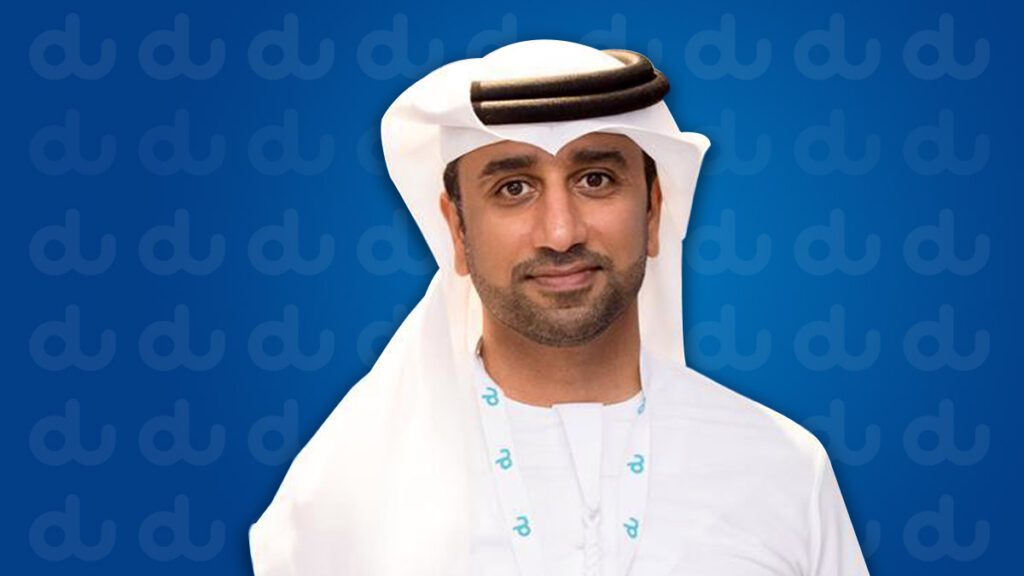 Al Hassawi had already been the company’s chief executive since September 2020, replacing Johan Dennelind, who stepped down for undisclosed reasons.

The official appointment of Al Hassawi at the helm is mainly due to the company’s bid to maximize its growth and expansion efforts, with the operator reaching two consecutive quarters of net growth, and quadrupling net profits during his tenure.

“The EITC board has envisaged an ambitious transformational mandate from the inside-out, directed at driving a purpose and performance driven culture, a faster go-to-market approach, and a deeper and more personalized customer experience. To realize these ambitions, Al Hassawi has been appointed to lead EITC into the next phase of growth and expansion. I’m confident that he will build on the momentum that EITC has embarked on and usher in a new accelerated phase of transformation,” du’s chairman, Mohammad Hadi Al Hussaini, said in a statement.

In parallel, it is worth mentioning that Al Hassawi has been with EITC since 2006 in various capacities including Chief Commercial Officer at du and Deputy CEO of EITC overseeing telecom operations, including du and Virgin brands.

Al Hassawi holds a master’s degree in Industrial Engineering from the University of Miami and has completed a Global Business Consortium Programme at the London Business School in 2005.

Du – which was founded back in 2005 – is 50.12 percent owned by the Emirates Investment Authority, 10.6 percent by Mubadala Investment Company, and 19.7 percent by Emirates International Telecommunications, while the remainder of the shares rest in public hands.

Earlier in January 2021, du announced an increase in its foreign ownership cap from 20 percent to 49 percent, in a bid to lure outside investments.