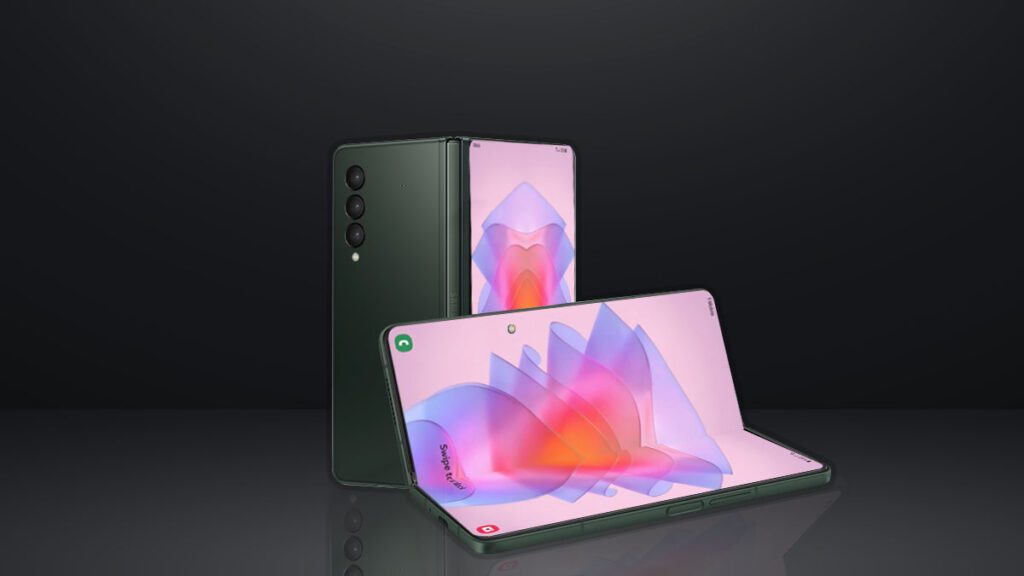 Samsung went bold in 2019 with the release of the Samsung Galaxy Fold, the first foldable phone ever to the be released in the market. Despite several reported issues such as dust building up in the hinge or even a noticeable crease, the phone was an immediate success with a lot of people embracing the new form factor and the possibility of changing from a phone to a tablet immediately. Since then, three other iterations of the phone were releases, the last being the Galaxy Z Fold 3 in 2021. 2022 is a year for another foldable, the Galaxy Z Fold 4 !

The foldable market has in general been a success for Samsung with pre-orders estimated at 2.7 times higher for the Fold and Flip 3 compared to the Note 20 in India alone. Hype is now surrounding the new iteration and its potential specs.

Samsung normally announces its flagship phones during a biannual Galaxy Unpacked event. The first event held in February witnessed the release of the Galaxy S22 and Tab S8 series. The new Galaxy Z Fold 4 is expected later in August with most sources mentioning August 10 as the date for the event.

As far as the pricing is concerned, nothing concrete is yet provided. Given the USD 1799 price tag of the previous generation Z Fold 3, the price of the new iteration should hover around this number, probably slightly less.

The new flagship phone is expected to be equipped with the latest Snapdragon , the 8+ Gen 1. Compared to the one available in the Z Fold 3, the new chipset built using smaller 4 nm transistor technology has demonstrated around 39 percent improved performance on the AuTuTu benchmark, a higher GPU frequency and 13 percent higher, according to a comparison made by nanoreview.net. The new chipset also boasts 30 percent more battery efficiency, premium sound and a better neural processing unit (NPU). The improved NPU performance promises advanced AI use cases. In terms of connectivity, the chipset supports all the goodies such as 5G and Wi-Fi 6. The Snapdragon Sight enables better image processing and thus improves the resulting captured image quality.

The new iteration should persist with 12 GB of RAM and the same storage options of 256 GB and 512 GB with a rumored 1 TB option.

Samsung should remain faithful to the 4400 mAh battery used in the Z Fold 3 although the 30 percent increased efficiency should make a clear difference in longevity, especially for power users.

The new flagship is expected to keep the same setup for the front cameras both the outer one and the under-display one. The rear camera should receive an upgrade with a 50 MP main camera instead of 12 MP in the previous iteration. The telephoto lens shall also be equipped with a 3x optimal zoom instead of 2x with the Z Fold 3. The camera setup and the full phone design should be similar to the S22 line launched earlier this year.

The phone should debut Samsung’s own OneUI 4.1.1 built on top of Android 12, Google’s latest flavor. The new interface should provide some new functionalities targeting foldables in particular, and some minor improvements over previous Samsung implementations.

The Samsung Galaxy Z Fold 4 is shaping up to be a best-seller with its beefed-up specs and improved user interface. The inclusion of the S-Pen should also appeal to afficionados of the Note series and phablets in general. If you are looking to have the best value for money, the Z Fold 3 should constitute an excellent alternative with specs worthy of a 2022 flagship. Samsung commitment to four generations of Android updates should increase the appeal of the one-year-old foldable. If money is not a constraint you are multi-tasker and looking for a two-in-one device, the Z Fold 4 should be the way to go. Two months to go for the big reveal !

“Inside Telecom provides you with an extensive list of content covering all aspects of the tech industry. Keep an eye on our Technology space to stay informed and up-to-date with our daily articles.”