Everything you need to know about iOS 15 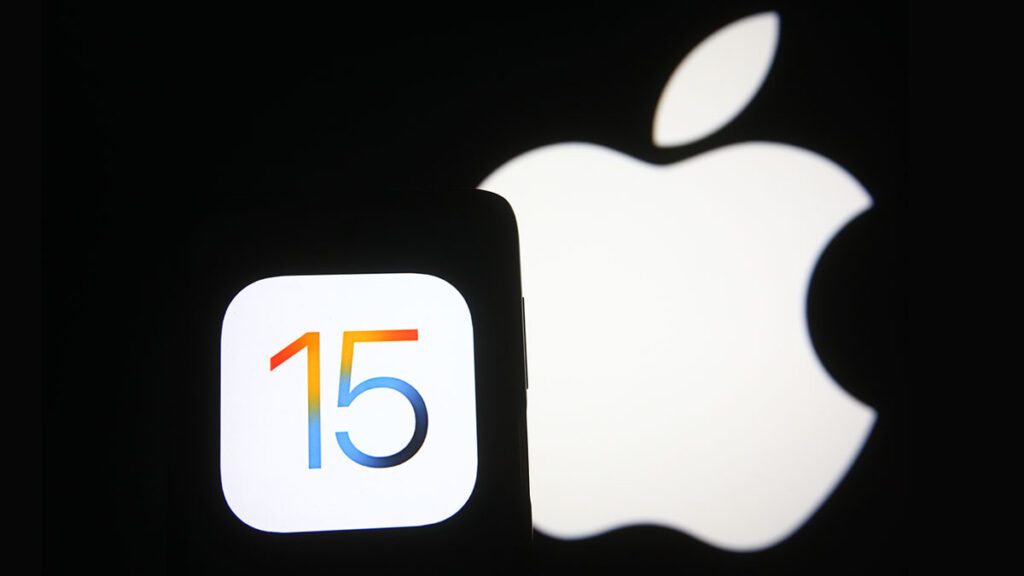 iOS 15 will give users the opportunity to stay connected by linking experiences together in real time, while providing the needed tools to minimize distraction and enhance concentration.

Introducing SharePlay for organic FaceTime calls. It will assist users focus on unique ways to manage notifications and bring further intelligence to photos and search for faster access.

Apple will provide its users with new and advanced digital means to discover the world around us.

Weather is restructured in a more graphical way of display of data. While Wallet combines support for home keys, and ID cards, and a more basic and simplified way of browsing through Safari, along a new tab bar design and tab groups.

To add-on to all the technical features, iOS will also include advanced privacy controls in Siri, Mail, and many more spots ensuring the protection of users’ information.

“For many customers, iPhone has become indispensable, and this year we’ve created even more ways it can enhance our daily lives,” Craig Federighi, Apple’s senior vice president of Software Engineering said in a statement.

The spatial feature, announced in its predecessor software iOS14, will bring immersive sound to users with the opportunity to hear the person’s voice from their position on the screen, with new microphone mode disconnecting users’ voice from background noises.

Gratifying video calls with Portrait Mode for Facetime where users can blur their background and focus the camera on themselves. Along with the grid view allowing contributors to simultaneously see more faces during the call.

Users will be able to connect with loved ones on FaceTime, Apple Music, Apple TV, and sync apps in streaming services. SharePlay allows people to play, pause, or skip across their apple devices with shared playback controls, shows, movies, and many more platforms to connect.

Facetime calls is one the main apps receiving love amongst the community, as Apple extended its creation into any Apple device and sharing it via messages, calendar, mail, and even third-party apps. This will not compromise the users’ privacy as FaceTime calls are end-to-end encrypted.

To provide their users with the right tools to optimize their experience, iOS’ will also center their attention on improving focus and minimizing distraction. “Focus” is a new innovative feature permitting users to filter their notifications based on where they prefer to invest their attention.

Focus suggestions built on users’ perspective, means users are in control of deciding who to receive notification from.

This feature will help reduce temptation while working, sleeping, or simply would not be bothered by any interruptions. By enabling this feature, Focus will block any notification while others will be notified in Messages of the users’ unavailability.

Photo and apps will be easily identified by adding contact photo and bigger apps icons. Notifications will be arranged by priority using on-device intelligence based on users’ interaction with the apps. Fast delivery for urgent messages, and apps can be silenced to reduce distraction.

Apple Neural Engine will give consumers the chance to instantly recognize and copy a text in the moment via camera. Visual Look Up allows users to expand their knowledge about art, landmarks, nature, pets, and even books and stay in the moment with the world around them.

A Redesigned Browsing Experience with Safari

One of the biggest changes coming to the new iOS is the completely redesigned Safari. Safari’s controls will be accessible with one hand while putting content front and center.

Instead of having the new tab at the top of the screen, it will be compact and lightweight, and floating at the bottom of the screen for easier user swipe. Users can save tabs and effortlessly access them at any moment via any Apple device.

Explore the World with Apple Maps

Users will have the chance to look at the world through the developers’ eyes with custom design landmarks, night-time mode with moonlight glow, and many more features. The most anticipated feature will be the three-dimensional city driving experience featuring new road details while navigating CarPlay for detail attentiveness.

Apple is massively increasing the forms of cards and documents that can added to Wallet.

Digital car keys will allow users to tap their cars to unlock with support of Ultra-Wideband Technology, using radio signals to communicate and transfer data between different devices.

This feature will allow users to securely unlock their vehicles, homes, office through keys stored in Wallet without removing their device from their wallets or bags.

Apple will offer their U.S. users the option of adding their driver’s license or state ID to wallets.

The weather app will get some polished tweaks.

Available on all iOS software since the release of OS1, iOS 15 weather app will feature more graphical displays of weather data, full-screen maps, and changeable vibrant layout based on conditions.

With its lovely and vividly redesigned animated background, it will offer and mirrors the sun’s position into the screen, in addition to adjustment to the notification center highlighting weather predictions.

Initially, Notes functioned as a service to create short text notes, be that as it may, Apple’s update implemented user-created tags easing up note categorization, while sharing notes with members to notify important updates.

SHARED WITH YOU: surfacing on Messages App, members will locate deeper integration with various Apple Apps like Apple News, Music, and Photos, allowing the apps to verify and check sent items to Messages.

HEALTH: with this feature, sharing health data with family or a care team has never been easier. In this update, Apple drifted its focus on the elderly to track users’ health data by enabling constant monitoring. Some of these features include walking steadiness, health data sharing, and data trend analysis.

HOMEKIT: enabling “Hey Siri” in their products will let participants communicate with and control smart home appliances using Apple devices. It will relay requests through HomePod while supporting features such as Personal Requests, Intercom, timers, and alarms.

TRANSLATE: In iOS 15, translate includes a new Live Translate feature with a systemwide translation granting users the opportunity to translate any text.

NEW IPHONE SETUP: initiating your iPhone setup will be one of the most seamless tasks for iPhone users. iOS 15 will allow them to briefly back-up data to iCloud without a subscription for easier data transfer from one Apple product to another.

Despite the long-awaited anticipation for the latest iOS 15, Apple users will have to wait till September 13 to run the new software on their devices. The developer preview and a public beta are already available to Apple users to test out the new software