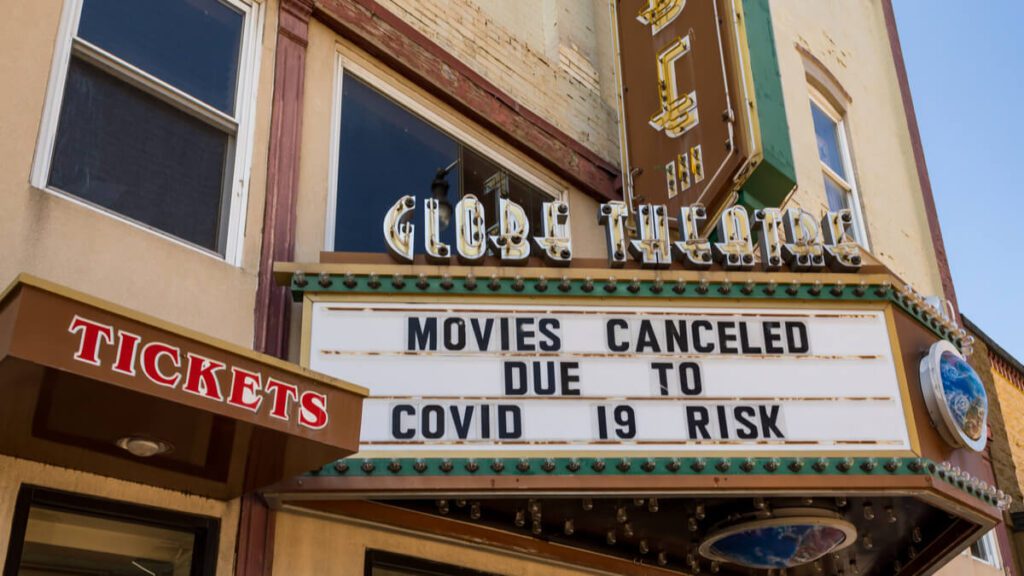 Few can forget the feeling of walking down the carpeted hallway, arms burdened with overpriced snacks and drinks, walking down that familiar noise-proof hallway.

Sadly, many have not felt the anticipation of the lights finally going off after a series of trailers and ads in a while. Movie theatres lay empty, popcorn machines getting rusty, and film industry revenues have tanked.

Box office revenue had been growing consistently for the past three decades prior to 2020.

Since last year, however, film industry revenues went down nearly 80 percent in a sharp dip, from just under $12 billion in 2019 to around $2.1 billion in the United States. Consumer spending during the pandemic had gone mainly to groceries, household supplies and home entertainment.

Spending went down sharply with almost every other consumer product especially the more luxurious ones as people keep a tight fist around their funds in uncertain times.

Suffice to say that going to the movie theatre is not exactly a recreational or unwinding experience when faced with the prospect of being in a room with even a single infected person. It is for that reason that ticket sales in the U.S. have hit a practical rock bottom.

In December of 2020, Warner Bros responded to the sudden drop in film industry revenues and movie ticket purchases by making all their 17 movies slated for 2021 available on HBO max. If people cannot go to the movies, the movies will just have to go to them. This is an unprecedented move that nobody would have thought possible one year ago, but the times have changed a great deal.

“No one wants films back on the big screen more than we do,” said Ann Sarnoff, Chair and CEO of Warner Media Studios and Networks Group, said in a statement. “We know new content is the lifeblood of theatrical exhibition, but we have to balance this with the reality that most theaters in the U.S. will likely operate at reduced capacity throughout 2021,” she added.

The future of the movie theatres and film as we were used to it is quite uncertain.

The home streaming revenue model will just have to take over as the new reality, but hopefully people’s love of the theatre experience can be rekindled in a post-pandemic world, allowing us to go back to paying way too much for a soft drink that is sixty percent ice.