Did the Pandemic bring the next Tech Bubble? 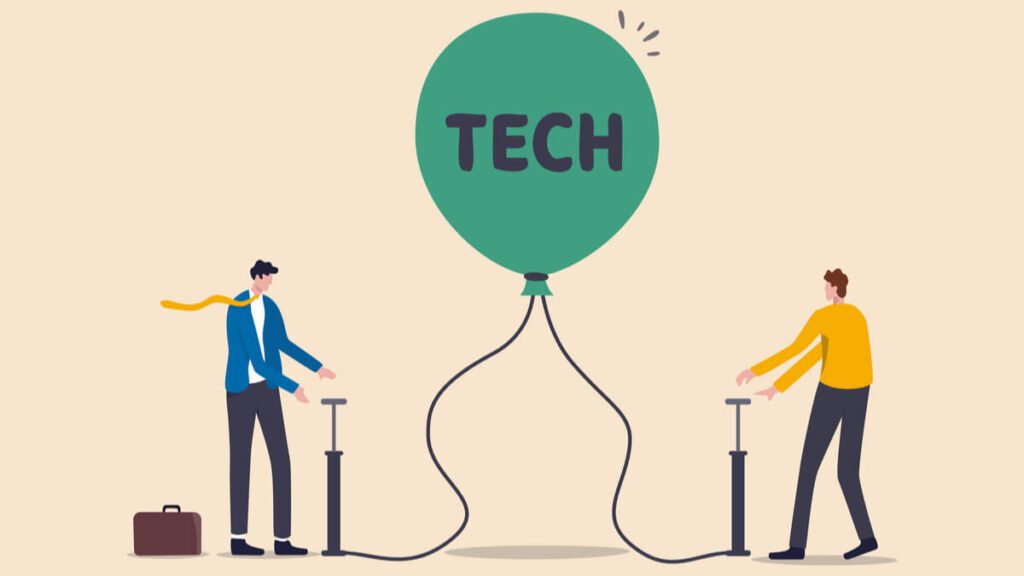 As the winds of the tech world keep on turning, updates brought forward by the pandemic and changes in the playing field can be clearly seen.

This comes at a time when some experts speculate that we are on the verge of another tech bubble almost similar to the real estate bubble witnessed by Dubai and many other countries many years ago.

While these times may prove to be intriguing to any tech enthusiast, they are certainly dangerous and troublesome for those navigating it.

After a small whiff of being the world’s richest man Tesla founder and billionaire Elon Musk fell back to second richest person in the world after Tesla’s stocks fell by nearly 8 percent this week. Earlier this year, a spur of the moment type tweet caused him to lose $14 billion in Tesla market value in hours.

This tweet alone caused the $14 billion plummet in Tesla’s market value, alongside $3 billion to be knocked off in Musk’s own stake,  not to mention the price he had to pay: Removing him for head of Tesla board.

The tech world will literally chew you and spit you back out, and as the industry witnesses constant change, adding a pandemic only makes it harder to navigate. Several thoughts and ideas have begun to spring up on the internet, speculating the dawn on a new tech bubble, one like that of 2001.

With Musk’s anecdote in mind, one can’t but help think about the other tech and communication companies that are regarded as winners in a post-COVID world as stock pricing soars and other parts of the industry falter.

Investors have bundled together a handful of names, most notably the dubbed FAANGM stocks (Facebook, Apple, Amazon, Netflix, Google, and Microsoft).

These businesses have managed to sail against the currents,  defying odds as they performed comparatively well during the onslaught of the pandemic.

It is important to note, however, that these big tech companies, were already well armed with the means necessary to accommodate for major shifts brought forward by the pandemic namely the shift to remote work, increased need for personalized in-home entertainment, and definitely the increased e-commerce needs.

Needless to say, these big tech companies are well established, with solid cash flows and stable balance sheets, the underlying point is that the strength of recent performance is creating a momentum that is driving more investors to speculate and pay less attention to price, the result – valuations have shot up.

The parallels of a current tech bubble with that of the 1990s are one too many. Internet stocks are the big craze. Investments are paving way for speculation as Wall Street dishes out IPOS for dot-com stocks that promise earnings or a transformative information economy.