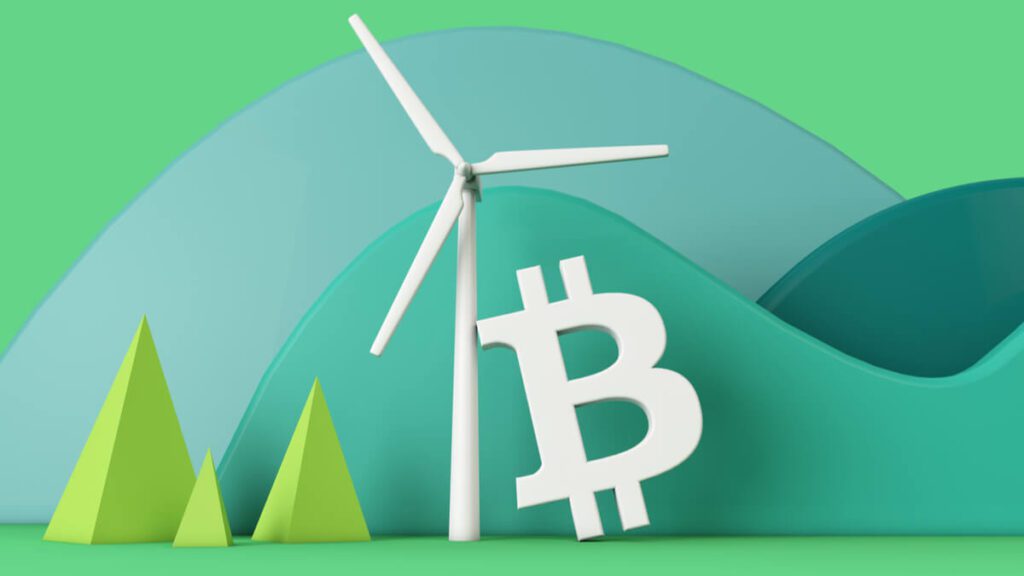 Just around one month ago, Tesla stopped accepting Bitcoin as payment for vehicles citing precisely environmental concerns as the main reason. The reason for this is that Bitcoin, and in fact, most cryptocurrencies, use an energy exhaustive method to mine and complete transaction.

The creation of new Bitcoins, or mining, is essentially rewarding the user, by chance, for the consumption of a certain amount of electricity in solving a random and completely arbitrary mathematical calculations that prove the scarcity and value of the thing currency being mined.

This is called Proof of Work (POW) and it is a method of minting new cryptos that burns through massive amounts of electricity daily.

Bitcoin’s carbon footprint alone, not accounting for all the other thousands of crypto currencies being mined out there, now rivals that of Argentina.

Now don’t worry, Bitcoin didn’t push the clock of humanity’s demise forward 100 years, neither did it single handedly decimate the icecaps, but it is one of the most energy intensive activity that currently exists – besides phone conversations with in-laws.

If we are to look at a sustainable way to conduct these kinds of financial transactions in the future, however, crypto miners are going to have to accept a substitute form, or alternatively, they could start putting their money and energy into a more environmentally friendly cryptocurrency, such as:

“N to the A to the N to the O” said one Reddit user excitedly when asked what is the most environmentally friendly cryptocurrency they know.

They are not wrong since Nano does not use mining to begin with.

Nano transaction takes almost no time at all – Bitcoin takes around 10 to 30 minutes — and are completely fee-free, and while using only 0.000112 kWh per transaction, Nano has the smallest carbon footprint among all the cryptos around today, which automatically puts it in the top most eco friendly cryptocurrency options out there.

The name says it all.

SolarCoin is decentralized, independent of any government entity, and can be used like any other crypto except it aims to incentivize the adoption of solar energy.

The way it works is that one SolarCoin is created with every MegaWatt hour generated by solar energy and relies on users uploading documented proof of such. This may one day be helped by the rise of the Internet of Things (IoT) automation and the overall shift away from fossil fuels as the main source of energy powering the world.

Cardano’s main boon is that it shuns the POW model in favor of the much more environmentally friendly alternative, Proof of Stake (POS) which only uses a single random miner for each transaction, very different to the POW method which squeezes energy out of every single miner in existence only to grant one of them the reward.

Supported by IBM, Boeing, Google, and others, Hedera uses the same low-fee, quick transaction no-mining technology as Nano. Hedera is expected to keep growing into the future, and has so far exceeded Both Bitcoin and Ethereum in its total network transactions.

With around 6.5 million transactions per day, while Ethereum sits at 1.2 million, and bitcoin at a frustratingly low 300,000 – which makes their energy consumption problem even more infuriating.

Weirdly enough, Ripple is not an actual cryptocurrency.

Ripple is a pre-mined token used to bridge asset transfers. It uses the Ripple Protocol Algorithm (RPCA) to commit transactions in around 3 to 5 seconds.

How it works is that 80 percent of all validators on the network are used to verify every transaction, making it ultra-secure, the main factor behind a good crypto.

Hopefully Bitcoin will come to its senses soon and stop being a greedy little goblin, but so long as there is money to be made, that is where the fight will mainly take place. But one thing is for sure, no single eco friendly cryptocurrency will do the job. It’s the fundamentals that need to change, which includes both the miners and their enablers.