Healthcare cybersecurity on the rise, hackers close behind 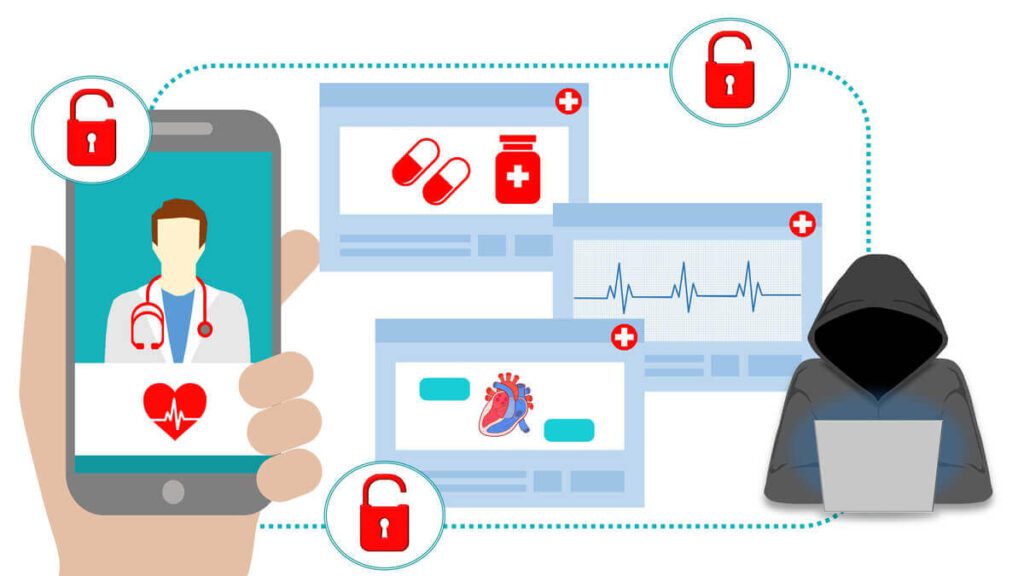 Wherever there is technology, there is the risk of cyberattacks; and the healthcare industry is by no means an exception, especially since the global Covid-19 pandemic.

A vast number of wide-ranging hacks and data breaches launched on hospitals and healthcare providers have drastically increased the industry’s investment within cybersecurity to protect not only their patients, but the employees on the frontlines.

Although several reports have emerged indicating that the healthcare industry has slightly improved its security this year, many within the cybersecurity field have warned that the increased reliance on telehealth will only bring about even more attacks and data breaches.

Healthcare spending in the U.S. — which is the highest among developed countries — accounts for 18 percent of the nation’s gross domestic product, or about $3.5 trillion, the Centers for Medicare & Medicaid Services estimate, and that figure is projected to soar over the next decade.

One report predicts that global healthcare spending will rise from nearly $8 trillion (USD) in 2013 to more than $18 trillion in 2040.

The target painted on the healthcare’s back by hackers has been attributed to outdated IT systems, fewer cybersecurity protocols and IT staff, valuable data, and the pressing need for medical practices and hospitals to pay ransoms quickly to regain data.

According to India-based market researcher, Market Research Future, the Covid-19 outbreak has significantly altered the healthcare industry worldwide, throwing several challenges at it.

The overwhelming scenario, since the advent of the novel coronavirus pandemic, has been further aggravated by the alarming rise in cybersecurity threats.

“Malicious hackers are leveraging the pandemic by launching a slew of ransom-ware attacks and phishing campaigns. It is not surprising that following the onset of SARS-CoV-2 and the increased vulnerability due to the lockdown, hackers have become even more active than ever before,” the report highlighted.

Thus, these factors have culminated into a promising opportunity for the healthcare cyber security market, with the rising adoption of advanced technologies that could help healthcare fight the battle against digital attacks.

Cybersecurity Ventures predicts the global healthcare cybersecurity market will grow by 15 percent YoY over the next five years and reach $125 billion cumulatively over a five-year period from 2020 to 2025.

MRFR/Market Research Future expects the healthcare cyber security market 2020 to record a robust CAGR of 11.82 percent from 2018 to 2025 (evaluation period). The market is also presumed to gain a striking valuation of USD 16,393.15 Million by 2025.

Over the past few years, the healthcare sector has observed a drastic rise in ransomware virus attacks and medical device hacking, which has caused considerable losses to healthcare professionals.

Machines that are commonly used in hospitals and clinics such as life-support devices, pacemakers and X-rays contain malware, which can travel across the network infecting other applications and devices, even the whole system.

According to numbers reported by Health IT Security, HealthEquity was hit by a massive data breach back in 2018, when close to 190,000 of their customers’ data was leaked. This was considered easy pickings for cybercriminals, since healthcare data is shared across a large network, making it vulnerable to malware and ransomware.

In the wake of this attack and others, medical professionals are increasingly adopting upgraded and advanced cybersecurity solutions and software to fortify their data security efforts, which could enhance the market size in the years to come.

With that in mind, Market Research Future anticipates cybersecurity solutions within the health sector to greatly increase due to the adoption of Internet of Things (IoT) devices and products.

Some of the most used types of attacks against healthcare institutions are primarily advanced persistent threat (APT), distributed denial-of-service (DDoS), malware, and others.

The industry is mainly divided and spread out into Europe, the Americas, Asia Pacific (APAC), and Middle East & Africa (MEA), according to the report.

Normally, the American market could stand as the global leader, due to its surge of data breaching cases in recent years as well as the availability of highly innovative healthcare information technology solutions.

“The Canadian government has been quite proactive in the development of the healthcare industry and is continuously taking initiatives that promote the use of cybersecurity software in hospitals and other medical facilities,” the report highlighted.

In parallel, Europe could secure the #2 position within the industry, with Eastern Europe and Western Europe being the two key markets in the region.

“Western European countries like France, the UK, Germany, Spain and Italy contribute significantly to the regional market growth, thanks to the extensive and well-developed healthcare infrastructure, and the large budget allocated for the development of healthcare IT,” the report added.

However, APAC has the potential to become the fastest growing market in the years that follow, due to their haste development of technological advancements.

Healthcare providers, companies, governments need to join forces to buffer the effects of cyberattacks; since nobody wants pay with the price of their heath or personal information before cybersecurity measures are taken.