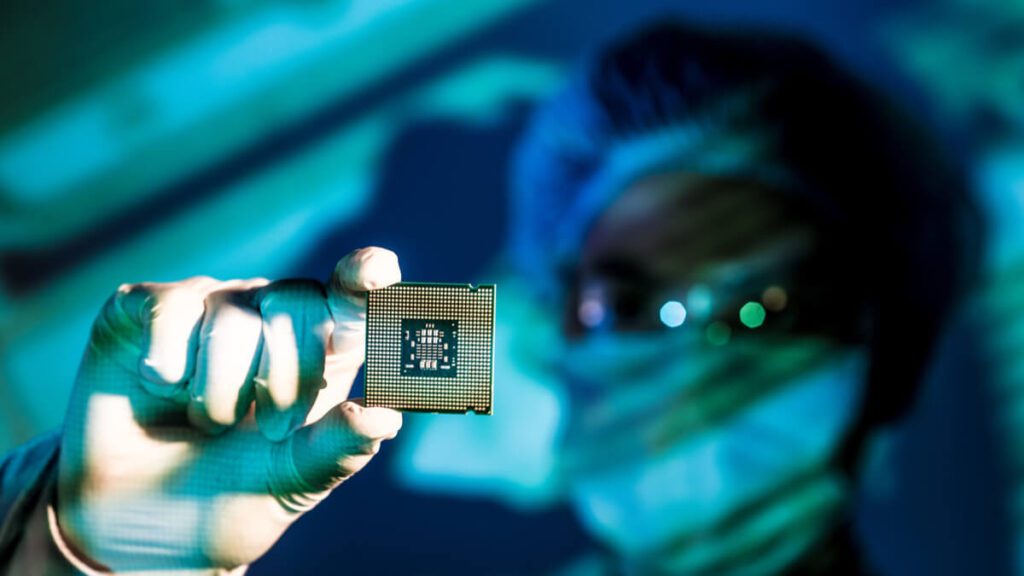 In its greatest attempt to reclaim its chipmaking crown, Intel announced on Monday its new architecture roadmap during the company’s Accelerated webcast, unveiling the manufacturer’s strategy to refresh innovative naming schemes for future nodes.

Intel’s CEO Pat Gelsinger announced during the company’s Accelerated livestream webcast how the semiconductor company is planning to switch its branding plan to push for more semiconductor innovations.

The revelation incorporated broad strokes of its next-half decade of Intel’s processor roadmap, advanced chip and packaging technologies, and Intel’s goal leading to reclaiming leadership in the processor space by 2025.

With the release of the forthcoming 12th Gen Alder Lake chips – which will be released later this year – future Intel products will no longer be centered around the nanometer-based node nomenclature.

Nanometer-based node nomenclature is the technology node – which includes process nodes, process technology, or simply nodes – is the specific semiconductor manufacturing process alongside its design rules.

Some of today’s recent technology nodes comprises of 22nm, 16nm, 14nm, and 10nm – 10nm is purely used in a specific generation of chips made in a unique technology.

It is worth mentioning that nanometer-based node nomenclature is the process node currently adopted by the company itself, and the remainder of the chip manufacturing industry around the globe.

By rebranding its node naming, Intel will acquire full control over the release of its new chip renovation. New third-generation 10nm chips will be addressed to as “Intel 7,” substituting its previous 10nm-based name, such as 10nm SuperFin chips.

As much as this sounds like another marketing tactic embraced by the tech company to give it a competitive appearance against Advance Micro Devices’s (AMD) 7nm nodes and Apple’s 5nm M1 chips, chip names don’t necessarily have a major implementation on the chip’s size.

Most of the big chip manufacturing companies share parallel production technologies and provide clients with similar transistor density, such as Samsung Electronics, Micron Technology, Qualcomm, Toshiba, and many more.

Intel 7 is the successor of Intel’s 10nm SuperFin – the company’s second generation 10nm chips. This latest chip provides between 10 to 15 percent in performance-per-watt enhancement in comparison to previous generations, which will increase power efficiency and battery life.

With the previously introduced Alder Lake chips, which will be released by the end of 2021, the first Intel 7-based products will be revealed as soon as possible.

Previously referred to as 7nm process, Intel 4 is the chip manufacturer’s next biggest leap into extremely ultraviolet (EUV) technology, even though it utilizes similar broad FinFET transistor architecture that Intel’s been relying on since 2011.

Finer circuits enable integration of a higher number of components inside a chip and by default raise and build faster energy efficiency.

Due to all the implemented adjustments, Intel 4 is anticipated to showcase a transistor density of about 200-250 million transistors per mm2. It will extend its performance to 20 percent in performance-per-watt, and Granite Rapids – Sapphire Rapids successor – compute tile for data center.

Intel 3 will witness more power and area improvements, and is set for manufacturing in the second half of 2023. Similar to Intel 4, Intel 3 is still considered a FinFET product.

The chip manufacturing company announced that Intel 3 will offer extra optimizations and use EUV for an 18 percent rise in performance-per-watts. However, no release date has been announced for Intel 3 chips, but as far as the company stated it won’t be available for public use until 2024.

Under the next generation of Intel technology, Intel 20A follows the old scheme, and it follows the former 7nm node. This chip will lead the angstrom era of semiconductors with breakthrough innovations in 1H in 2024.

The Intel 20A will score a vital new transition in technology with better density and smaller sizes, which will lead the way in introducing “Power Via.” Power Via is an innovative technology that permits wafers – a thin slice of semiconductor – to be driven from the back of the chip, instead of the front.

While the chip manufacturing company announced its plans to take back the chip market in its latest roadmap news, two major updates will be included in the company’s upcoming plans.

Foveros chip-stacking packing technologies will witness its most prominent updates till this day.

This packing technology piles together five CPU cores to assist the hardware to focus on more than one task at a time, an integrated GPU built into the same core as the CPU, and a Dynamic Random-Access Memory (DRAM) stacked to save internal space compared to traditional design.

Foveros Omni update will provide a wider variety in stacked chips by easing up its mix-and-match tiles despite its size. On the other hand, Foveros Direct will provide a copper-to-copper bonding between the chip’s components which will minimize resistance.

Production for both Foveros technologies is planned for 2023.

From its part, Intel revealed its first leading customer for its latest Intel Foundry Services business, Qualcomm. The semiconductor software company will begin manufacturing its chips with Intel in its future productions by adopting Intel’s upcoming 20A node.

However, no specific date has been released concerning the primal Intel-made Qualcomm chips, or which of Qualcomm’s products Intel will create.

Qualcomm, the wireless and innovation technology company, specializes in creating semiconductors software and services related to wireless technology. The company owns critical rights to the 5G and 4G mobile communications standards and mostly famous for designing Snapdragon chips that powers most Android phones.

Following the company’s year of drawbacks, Intel’s revelation for its roadmap proves that the semiconductor company is anticipating a full comeback with its Intel 20A in 2024, pursued by Intel 18A in 2025.