Musk vs. Bezos: A rivalry reaching the moon 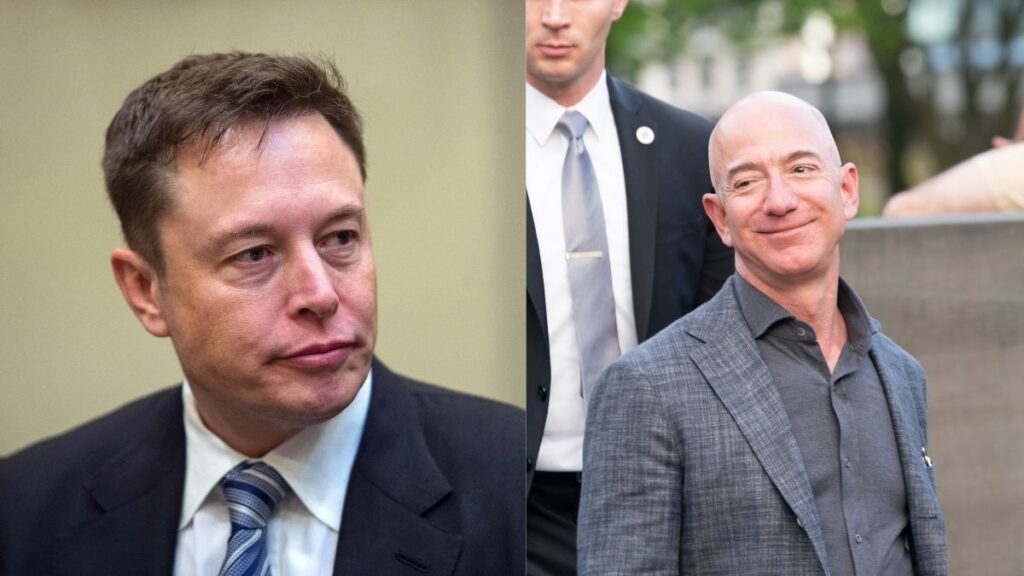 Two of the world’s high-profile tech geniuses, Elon Musk and Jeff Bezos, have been competing against each other over their respective space ambitions.

Musk owns SpaceX, a space transportation company that was recently awarded by NASA a $2.9 billion contract to build the spacecraft in charge of helping astronauts travel down the lunar surface by 2024.

Jeff Bezos, owner of another space transportation company under the name Blue Origin, offered NASA on Monday a generous donation of $2 billion in the hopes that the agency will reconsider his company for the same contract.

In a letter sent on Monday to NASA’s administrator Bill Nelson, Bezos wrote that: “Blue Origin will bridge the HLS [Human Landing System] budgetary funding shortfall by waiving all payments in the current and next two government fiscal years up to $2 billion to get the program back on track right now.”

“This offer is not a deferral, but is an outright and permanent waiver of those payments,” the American billionaire added.

Bezos stressed on the accomplishments made by Blue Origin, writing that his company was behind the creation of the 21st century lunar landing system inspired by the well-characterized Apollo architecture. The architecture of the landing system has many benefits. According to Bezos, one of its important benefits is that it prioritizes safety, which is an element the space agency is most concerned with.

NASA was granted only $850 million, billions of dollars short from the $3.3 billion it requested from Congress to build the spacecraft that will land the first crew of humans to the Moon in nearly a half-century.

Due to the limited amount of funds, NASA was only able to award the responsibility to one space company. The agency also cited the successful history of orbital missions by Elon Musk’s SpaceX firm as a factor in the award. However, Bezos isn’t satisfied with the agency’s decision.

The world’s richest man stressed the need for NASA to promote healthy rivalry as the agency works toward its goal in reaching the moon, emphasizing that it would regret not doing so.

“Without competition, a short time into the contract, NASA will find itself with limited options as it attempts to negotiate missed deadlines, design changes, and cost overruns,” Bezos wrote. “Without competition, NASA’s short-term and long-term lunar ambitions will be delayed, will ultimately cost more, and won’t serve the national interest.”

Although pioneers in the space community view the probability of a reversal is slim, Lori Garver, NASA’s former deputy administrator told The Verge that Bezos’ offer should not be brushed aside. However, Garver stressed that it may not work out in Bezos’ favor.

“I see this as a positive sign overall, but it should not impact the current awards or strategy,” she said.

From NASA’s side, the agency has declined to comment on Bezos’ open letter to Nelson.