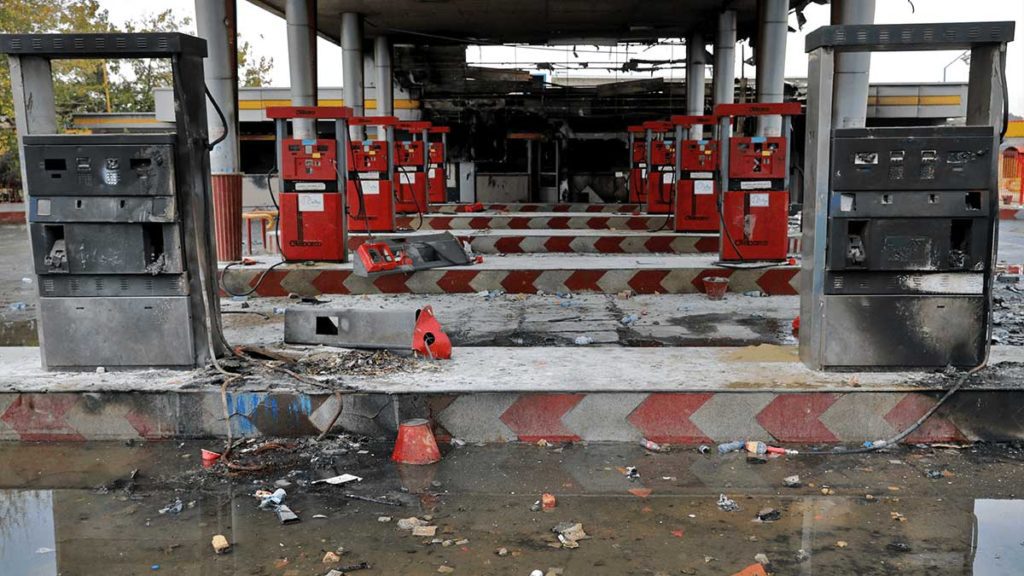 Published: November 26, 2019 by Inside Telecom Staff

DUBAI, United Arab Emirates (AP) — The internet slowly trickled back on in Iran on Friday after a dayslong shutdown by authorities amid protests and unrest that followed government-set gasoline prices sharply rising, as the U.S. sanctioned the country’s prominent telecommunications minister over the outage.

Amnesty International said it believes the unrest and the crackdown killed at least 106 people. Iran disputes that figure without offering its own. A U.N. office earlier said it feared the unrest may have killed “a significant number of people.”

Jahromi, the first government minister to be born after Iran’s 1979 Islamic Revolution, is widely believed to be considering a presidential run in 2021. In sanctioning him, the U.S. Treasury noted he once worked for the country’s Intelligence Ministry and “has advanced the Iranian regime’s policy of repressive internet censorship.”

“Iran’s leaders know that a free and open internet exposes their illegitimacy, so they seek to censor internet access to quell anti-regime protests,” Treasury Secretary Steven Mnuchin said in a statement.

Jahromi, known for his social media persona, did not immediately respond to the sanctions but has increasingly criticized President Donald Trump on Twitter, a service long blocked in Iran. Being sanctioned may raise his profile among hard-liners.

Writing on Twitter in Farsi earlier Friday, Pompeo asked demonstrators to send the U.S. videos of violence by authorities in the protests to a special channel of the encrypted message app Telegram, widely used among Iran’s 80 million people.

“I have asked the Iranian protestors to send us their videos, photos, and information documenting the regime’s crackdown on protestors,” Pompeo followed up in another tweet in English. “The U.S. will expose and sanction the abuses.”

It’s unclear what further sanctions America can levy as it has already crippled Iran’s crucial oil exports and other industries since President Donald Trump unilaterally withdrew from Tehran’s nuclear deal with world powers in May 2018. The U.S. also has sanctioned Iran’s Supreme Leader Ayatollah Ali Khamenei and other top-ranking officials.

That decision has led Iran to break the accord’s enrichment, stockpile and centrifuge limits over months of wider tensions that have seen attacks across the Mideast that the U.S. blames on Tehran. Iran denies being behind many of those assaults, though it claimed shooting down a U.S. military surveillance drone and seizing several oil tankers.

Starting on Saturday, Iran shut down the internet across the country, limiting communications with the outside world. That made determining the scale and longevity of the protests incredibly difficult.

Since Thursday, that outage began to slightly lift. By Friday, internet connectivity stood at around 15% of normal levels, according to the monitoring group NetBlocks.

“Iranians need the real internet back so they can communicate and prosper,” NetBlocks said.

That concern over the shutdown also was reflected in a statement Friday by U.N. human rights experts, who expressed their own alarm about the situation. They said authorities “may have used excessive force against those participating in the protests.”

“A countrywide network shutdown of this kind clearly has a political purpose: to suppress the right of Iranians to access information and to communicate at a time of rising protest,” the experts said. “Such an illegitimate step deprives Iranians not only of a fundamental freedom but also basic access to essential services.”

On Friday, the streets of Tehran were quiet, though a heavy presence of anti-riot security forces and police stood guard on the streets.

Ebrahim Raisi, the head of Iran’s judiciary, warned in a speech in Tehran that consequences await violent demonstrators.

“Those who in recent days misused the atmosphere and the people’s demands and concerns, instigated riots in the society, created insecurity, made the hearts of women and children tremble, attacked public property and looted people’s belongings, they and their masters must know that a harsh punishment is awaiting them,” Raisi said.

Already, a hard-line newspaper has suggested protest leaders could face executions by hanging. Raisi reportedly served on a so-called death panel during the mass executions of political prisoners in 1988 in Iran after the end of its long war with Iraq. Raisi has never publicly acknowledged his role in the executions, even during his failed presidential campaign in 2017.

Meanwhile, the deputy head of Tehran University told the semiofficial ILNA news agency he hoped students detained during campus protests over the fuel price hike will be released Saturday. Several dozen were believed to be held and some already have been released.

“We do not currently know which authority has detained the students,” Tehran University Vice Chancellor Majid Sarsangi told ILNA.

Among those on the streets have been members of Iran’s paramilitary Revolutionary Guard, whose members and volunteers are answerable only to Khamenei himself. The acting commander of the force, Gen Ali Fadavi, boasted Friday that his force could “manage the riots within 48 hours,” the semiofficial Fars news agency close to the Guard said.

However, Fadavi offered a warning as well.

“The riots are not the last one and it definitely will happen again in the future,” he said.