What Is a Key Feature of Mixed Reality Technology? 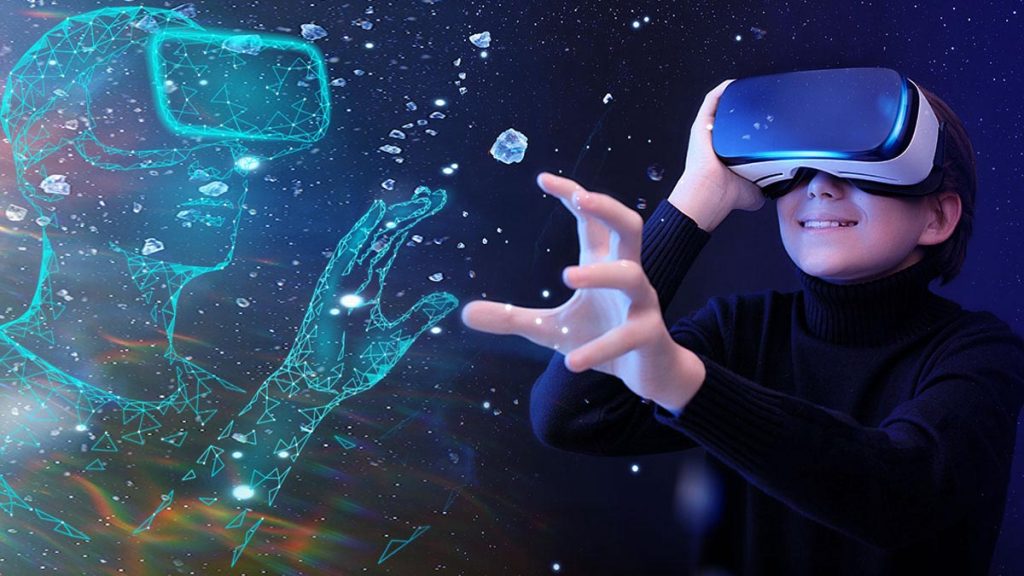 Every few decades, a new technology takes the world by storm and transforms the way we do things in everyday life. The telephone made cross-continental communication possible, and the internet made our modern world a reality. Soon we will all be asking the question of what is a key feature of mixed reality technology? And what are the boons it offers to everyday people and businesses?

In this article, we examine the world of immersive technologies and pick apart key features of mixed reality that distinguish it from AR and VR technologies. But first, let us define exactly what we are talking about.

What is Mixed Reality?

Mixed reality is, as the name implies, a merge between physical reality and digital material to create a user experience known as mixed reality, which enables interaction with and among real-world and virtual things. Mixed reality combines digital and physical environments, as opposed to VR, which immerses the user in a wholly digital environment, or augmented reality, which overlays digital material on top of a physical environment. Although mixed reality is occasionally thought of as an example of AR, its ability to allow interaction between physical and digital elements takes it further along the virtuality spectrum, with physical on one end and fully virtual on the other.

Extended Reality and hybrid Reality are other names for mixed reality, referred to as MR or XR. The user’s actual surroundings are mapped using a headgear form factor that tracks the user’s gaze and hand movements. The software then employs deep learning techniques to match digital information with certain sections of the map. Those are some of the key features of mixed reality.

Through MR programming, humans may interact with digital items as if they were real, and digital objects can converse with real objects. As a consequence, a regular desktop may be transformed into an interactive computer touch screen, or a movie character created by MR can sit on the sofa at home.

Mixed reality is already being employed in various businesses and education despite being in its infancy, even being utilized in the military for training simulations. For instance, employing MR to teach maintenance professionals is a cost-effective strategy used by aircraft manufacturers to display a holographic image. Instead of removing an engine from an airplane to conduct a training session, technicians may watch a holographic rendering of an engine and interact with it using gesture, gaze, and voice user interface (VUI) instructions, shifting viewpoints and extracting useful information, layer by layer.

While mixed reality helps to close the gap between the virtual and physical worlds, there are a few important characteristics to note that distinguish them from Virtual or Augmented Reality.

Holograms are a three-dimensional image generation method used in photography that is essential to a satisfying mixed reality experience.

The capability of MR to comprehend its physical surroundings is a key component. In order to demonstrate a real-world experience, MR leverages this data to superimpose virtual elements onto this actual environment.

MR uses cameras and sensors to analyze human motions, voice, and other inputs in order to mimic a seamless shift between the real world and the virtual one.

Another one f the key feature of mixed reality technology in improving the immersive experience is the availability of 360-degree audio.

What are the Benefits of Mixed Reality in Business?

Nothing else compares to mixed reality for its capacity to help us develop and advance visual technology. Here are some of the main uses it may be put to.

The globe has become even more unified thanks to mixed reality in the midst of a worldwide epidemic. The capacity of new businesses to work on holograms and 3D models from the convenience of their own homes while remaining thousands of kilometers away is an example of this.

As the adjustments are made, MR enables teams to innovate freely. This not only serves as a blank canvas for imagination but also encourages invention with less waste and expenditure.

Each team member has a voice in the design process thanks to improved cooperation and more room for invention. A mixed reality headset with cameras, for instance, may feed the work process live to specialists and industry experts. This lowers the error rate and allows for real-time guiding, such as with Microsoft’s Mesh platform.

A key feature of mixed reality is its distinctive ability to improve practical training in fields such as medicine. Employees may learn new skills more quickly and gain first-hand knowledge by being given immersive training experiences. In addition, MR training lessens the risk associated with firm staff training at specific locations.

The main key features of mixed reality technology are that it bridged the gap between VR and AR. While many put it under the umbrella of AR, it would be better to think of it as AR 2.0 or AR+.

In the increasingly interconnected post-pandemic environment, being able to observe and interact with a 3D item that the entire team can see simultaneously is not only a boost to business productivity but would transform fields such as education, healthcare, construction, and more forever.

For many businesses, MR has quickly become a reality because of the experience it provides. Due to the necessity of this technology, any company that does not employ AR, VR, or MR will soon be on the back foot and struggle to compete with those who do. The good news is, with platforms like HelloAR, more and more companies can more easily transition into the new world of immersive technologies and benefit from the key features of mixed reality being used today.