Let me show you: AR’s role in the corporate training world 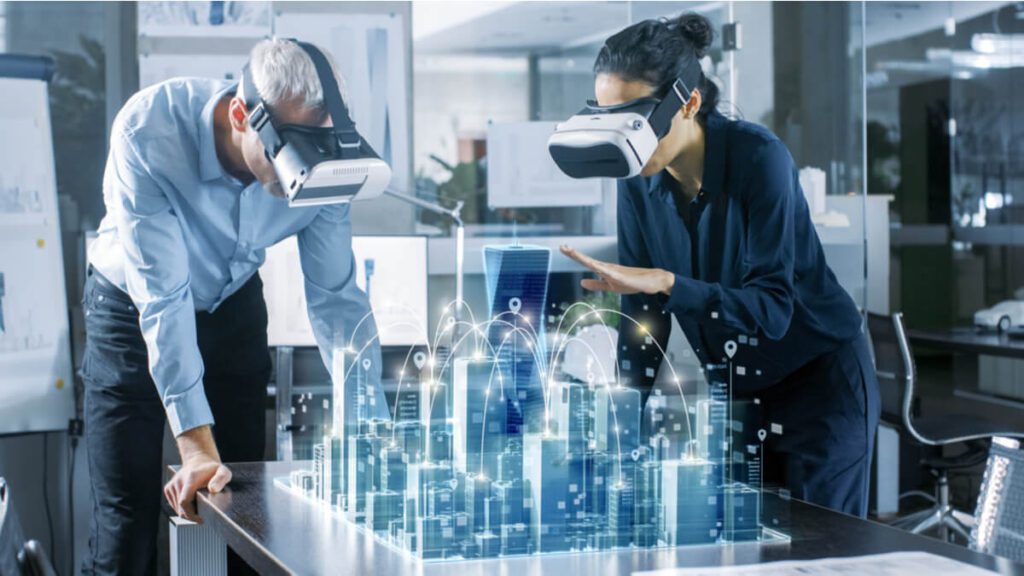 Think of every Ironman movie you’ve ever watched; notice how Tony Stark goes from one menu to another, from one 3D suit design to another, all of which can be control seamlessly with a simple brush of a hand. That’s Augmented Reality (AR), or what scientists are trying to achieve with it. Defined as the ability to overlay digital elements over real-world situations and scenery. Currently, the gaming industry is seen as the biggest proponent of AR usage, but a large number of other industries are starting to jump on the bandwagon.

One such industry is education, where history professors are using this technology to take their students on an interactive journey through ancient civilizations. The same can be said for biology teachers, as they explore the human body from a much more in-depth perspective. Physics instructors can now walk around the solar system and use the visuals presented to them to make learning even more engaging.

But AR has found itself at the heart of a multi-billion dollar industry that’s looking to invest in it and invest big: corporate learning.

According to Forbes, the global spending on corporate training has reached the value of over $130 billion with more than $70 billion within the U.S. alone.

AR isn’t only considered as a new multimedia learning tool such as webinars, HTML5 web editors, and the like, but learning professionals are treating it as a new breed of immersive learning technology that has come to the forefront of their strategies.

The key word here is “immersive,” since no other technology, apart from AR and VR, allows the learner to be placed at the center of the learning experience, while simulating real work environments and scenarios.

Many companies have embraced a plethora of communication solutions brought about to improve how they conduct business; the likes of video conferencing, instant messaging, or screen sharing tools, can all be overshadowed by the might of AR, especially to increase efficiency in the workplace while fostering collaboration and problem solving.

Instead of attempting to verbally describe the problem to another employee, learners can be put into the same situation they faced previously, and receive real time coaching in how to handle the situation at hand.

AR champions the ability to provide a common view and interactive experience where a number of people can jump in and take part regardless of their location.

This can also be used in terms of collaboration and onboarding; by tapping into a person’s sight, sound, and touch, remote employees can have a sense of community, while providing employees with a more authentic view of their tasks and responsibilities.

This not only reduces the time of assimilation into their role and company’s culture, but allows them to directly hit the ground running, in a much more amusing setting.

Using AR glasses or helmets, employees can test their knowledge and try out different ways to approach certain risky situations to extract the best possible outcome, while receiving real time assistance in parallel.

This not only saves time for pointless meetings to take place, but paves the way for more efficiency, and enhances a person’s understanding due to the level of interactivity. It also encourages employees to think more strategically and calmly when handling difficult situations in the workplace.

See-What-I-See (SWIS) AR smart glasses allow employees to receive real time remote assistance from more skilled and qualified experts and coaches. Training sessions can be done from the comfort of your home or office without the need to relocate trainers and coaches from elsewhere.

This gives a major boost to the gig-economy, allowing the world’s top talent to work from literally anywhere in the world, while seeing the same environment as employees do in the field, all whilst utilizing SWIS glasses.

In parallel, a number of AR platforms are already available on the market, such as ARKit and ARCore and the technology shouldn’t demand a companywide hardware overhaul; allowing companies to leverage smartphones as effective training tools.

Unlike traditional learning, where a course ends once a student leaves a classroom, employees who use AR can learn new information every day. Furthermore, augmented reality is interactive and, as a result, more engaging compared to traditional corporate training methods.

The impact of augmented reality on corporate training has already mushroomed a lot of positive results to date.

According to a study done by Blippar, a UK-based tech company specializing in augmented reality, those who enrolled into AR-powered training sessions performed 150 percent better than those using traditional paper-based methods.

“Evidence also shows that in manufacturing or assembly-type situations where employees use AR applications to view step-by-step instructions, instead of referring to a desktop computer or paper manual, routinely show productivity gains of between 20 and 35 percent,” the study reveals.

In parallel, research done by Boeing has also supported the benefits of integrating AR-based training programs in corporate training sessions, since employees demonstrated a “90 percent improvement in first-time quality and a 30 percent reduction in the time required to complete the job,” according to their numbers.

Considering the implications behind these findings, this represents millions of dollars in cost savings for a business.

While everything cited above can be a pretty convincing argument, companies need to factor in that having tailor-made AR training programs may require a hefty budget; taking into account, hardware, designing, programming, and many other factors.

AR is still in its infancy and growing, it’s going to take some time down the road for people to start achieving Tony Stark levels of augmented reality. So, companies need to be patient with the current AR rollout in the market.

The question of confidentiality needs to be taken into consideration here; since the requirements to generate, analyze, and collect data is considered as one of the primary demerits of AR. Especially since there are a number of AR systems that capture the surroundings in real time, which brings forth a legal issue similar to someone recording a conversation, shooting pictures of a person or property.

VR is slow for demos. It takes time to configure the headset, to put on/adjust the headset, explain the controls, and for the user to view the content. Even if the content is only two to three minutes long, a trainer would be lucky to get 15-20 people per hour through the system.

The best call to action right now, is to wait.

The state of AR is still growing, and needs more time to develop and bloom into something that could take humanity further down the evolutionary scale.