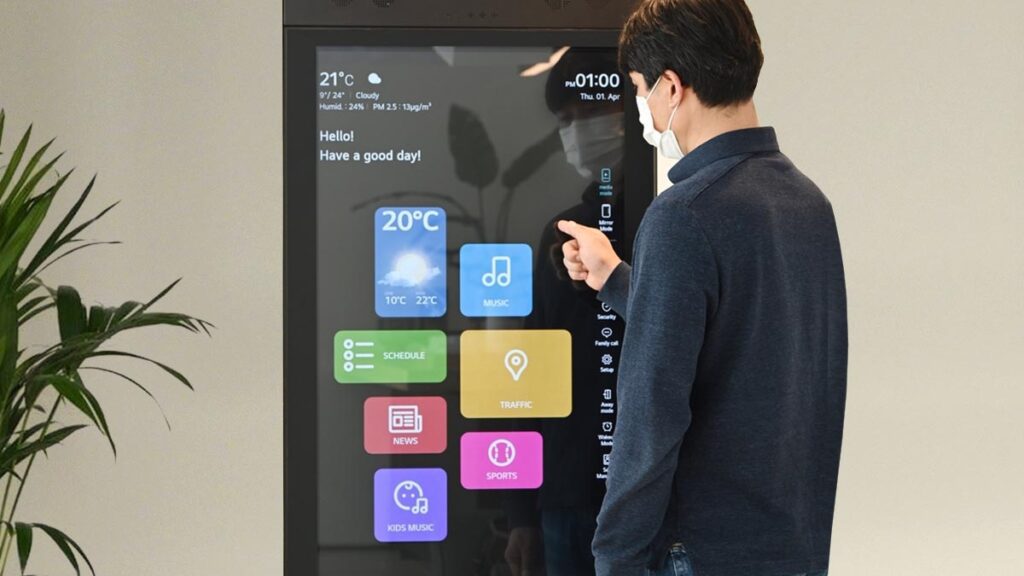 That announcement came a day after deciding to leave its ill-fated mobile business behind, LG, one of the world’s largest home appliance makers, plans to commercialize services that support AI platforms from both companies after developing a joint interface.

The South Korean tech giant tested its smart mirror to find out whether its smart home solutions can work with KT’s AI platform that provides radio, music and other digital services.

Their collaboration is the latest achievement from AI One Team, a local industry-academic AI research group whose members include Hyundai Heavy Industries Group, LG Uplus Corp, Dongwon Group and the Korea Advanced Institute of Science and Technology.

LG has been trying to expand the ecosystem of its AI platform in recent years, emphasizing the strategies of open platforms, open partnership and open connectivity.

As for the benefits that AI services offer, included are the following:

First, handling large volumes of data. As the interaction with customers grows, so does the generation of data about them. Obtaining such huge amounts of data would be useless without AI. Humans cannot process endless amounts of data, therefore bringing AI into action as an invaluable tool.

Second, reduce Average Handling Time (AHT) which is one of the benefits of AI in customer service.

Third, customize products offerings to drive up sales which is the new frontier of customer service.

Fourth, optimize resources, as in when businesses use AI in customer service areas, their resources automatically reach an optimal balance. Such optimization comes in many ways like when a company installs chatbots, a customer support agent can be more efficient in handling complicated inquiries, requests, and complaints.

Fifth, AI services provides 24/7 availability, a particularly important factor for global companies as they have customers from all over the world in different time zones.