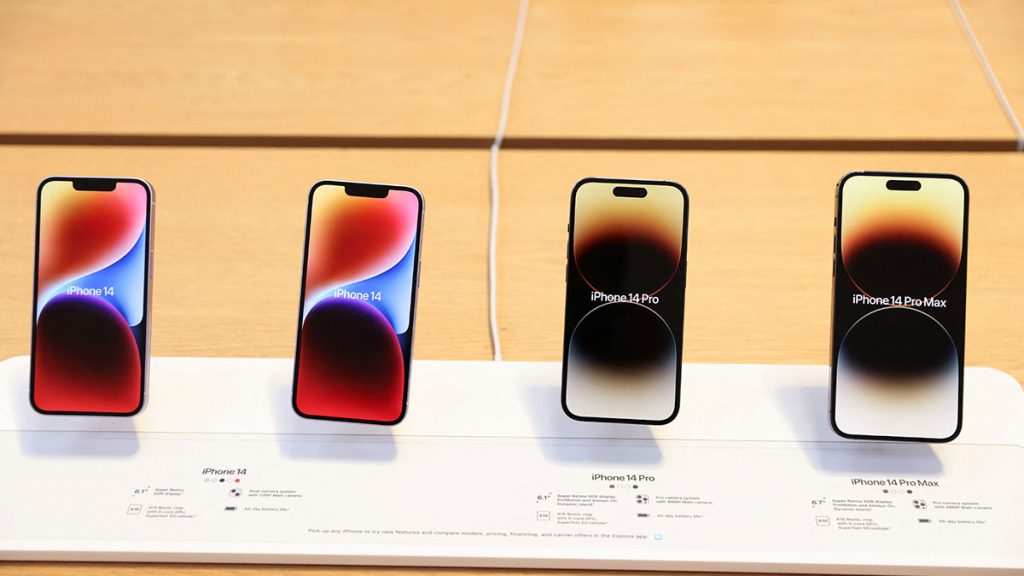 Many shoppers looking for Apple’s latest high-end phones returned empty handed from its stores this Black Friday as the technology company struggles with production snafus in China.

Among them were Sally Gannon and her son Michael, who were visiting an Apple store in Bethesda, where they found no iPhone Pros in stock.

Similarly, Abisha Luitel wanted to get an iPhone 14 Pro for her 21-year old cousin. But the Apple store she visited was out. She purchased an older version, the 12, instead.

The “iPhone shortages are accelerating and were front and center this morning on Black Friday across many retailers, Apple Stores, and online channels,” Wedbush analyst Dan Ives wrote in a note.

“We believe many Apple Stores now have iPhone 14 Pro shortages based on model or color or storage of up to 25 percent -30 percent below normal heading into a typical December, which is not a good sign heading into holiday season for Cupertino,” he said referring to Apple’s headquarters.

Shares of Apple ended down 2.0 percent after its a source at its supplier Foxconn told Reuters on Friday that iPhone production could be further hit due to worker unrest at the plant.

Apple did not respond to a request for comment on Friday. In a statement on Nov. 7, it said it expected lower iPhone 14 Pro and iPhone 14 Pro Max shipments than previously anticipated.

The plant, the world’s largest Apple iPhone factory has been grappling with strict COVID-19 restrictions that have fueled discontent among workers and disrupted production ahead of Christmas and January’s Lunar New Year holiday.

At an Apple store in a Bethesda, Maryland mall, an employee said there were almost no 14 Pro and Pro Max in stock. Another employee at a store in Raleigh, North Carolina said that iPhone 14s were in low stock, while the iPhone 14 Plus was completely out of stock.

Sally Gannon said that she and her son were now leaning towards ordering the iPhone online. She said an Apple store employee told them that a phone ordered online would be delivered on Dec. 28.

U.S. electronics chain Best Buy warned earlier this week of shortages of high-end iPhones at its stores this holiday season.

Wedbush’s Ives expects roughly 8 million iPhones will be sold on the Black Friday weekend, down from 10 million a year ago, mainly due to supply challenges.

And if you want to shop online, he said wait times on Apple’s website are now up to 40 days for the new iPhone 14 Pro, which will only grow over the coming weeks as more consumers try to find iPhone Pros to purchase as gifts.

(This story has been corrected to fix attribution in paragraph 6)