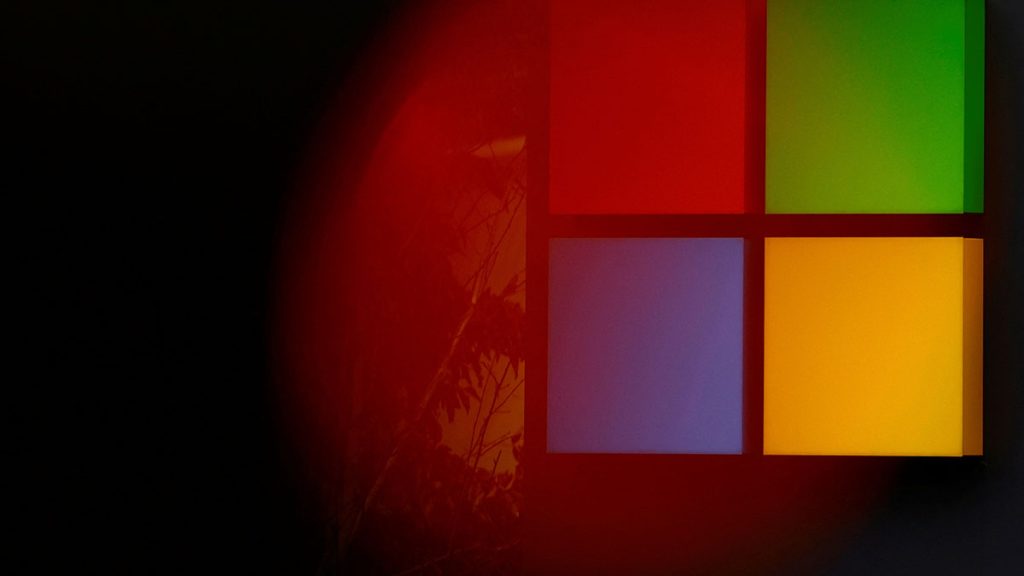 With market visibility extremely low, bouts of optimism about peak interest rates this year are being repeatedly punctured by the related fear of falling demand and the prospect of a looming profits recession.

And deep in the weeds of the fourth-quarter corporate earnings season, Microsoft’s overnight rollercoaster probably defines the uncertainty.

Microsoft stock surged almost 5% in after-hours trading on Tuesday after its bottom line beat the Street consensus. But the gains were quickly wiped out after a gloomier outlook for its cloud business Azure dampened the mood, before Wednesday’s outage of its Teams and Outlook services added another glitch to leave the stock down 1% ahead of Wednesday’s open.

The mixed earnings picture dampened early week enthusiasm surrounding tech stocks and chipmakers. Even forecast sales growth of 25% in 2023 wasn’t enough to stop shares in Dutch chip equipment giant ASML giving back some of its 20%-plus gains for the year so far and they dropped 2% on Wednesday.

Antitrust worries also rattled Big Tech. Google-parent Alphabet lost 2% on Tuesday after the Justice Department filed a lawsuit against Google for abusing its dominance of the digital advertising business.

Up next on the corporate roundup on Wednesday are Tesla, IBM, Boeing, AT&T and NextEra Energy.

After a spluttering close on Tuesday, Wall St stock futures were down almost 1% before the open today.

The bigger macro picture was no less equivocal than the earnings drumbeat.

While the first U.S. business surveys of the year showed some of last year’s pessimism lifting, and above forecast, they also showed the 7th straight month of contracting activity in January. The Richmond Federal Reserve’s manufacturing index plunged back to its lowest since June, the low for the current cycle.

U.S. Treasury yields slipped back, with 10-year yields falling to 3.43% as eyes drift to next week’s Fed policy meeting and the assumption the central bank will downsize its latest rate rise to 25 basis points. With the debt ceiling impasse also in the background, the U.S. yield curve between 3-months and 10-years inverted to another 40-year low of minus 130bp.

Traders will watch the Bank of Canada policy decision later on Wednesday for confirmation that interest rate rises are slowing down at least. The BoC is expected to raise rates by another 25bp to 4.5% this week, but then hit the pause button on what has been an aggressive tightening campaign.

While annual British input and factory gate price inflation fell back far more than forecast last month, Australian consumer price inflation data shocked markets as it shot to a 33-year high in the December quarter. The chance it may force the Reserve Bank of Australia to lift interest rates again boosted the Aussie dollar.

There was more evidence of the new year euro zone business rejuvenation as Germany firms’ optimism improved amid easing energy costs and a warm winter.

In deals news, Rupert Murdoch withdrew a proposal to reunite News Corp and Fox – with the company exploring a sale of Move Inc, which operates the Realtor.com website, to CoStar Group for about $3 billion.

Key developments that may provide direction to U.S. markets later on Wednesday: