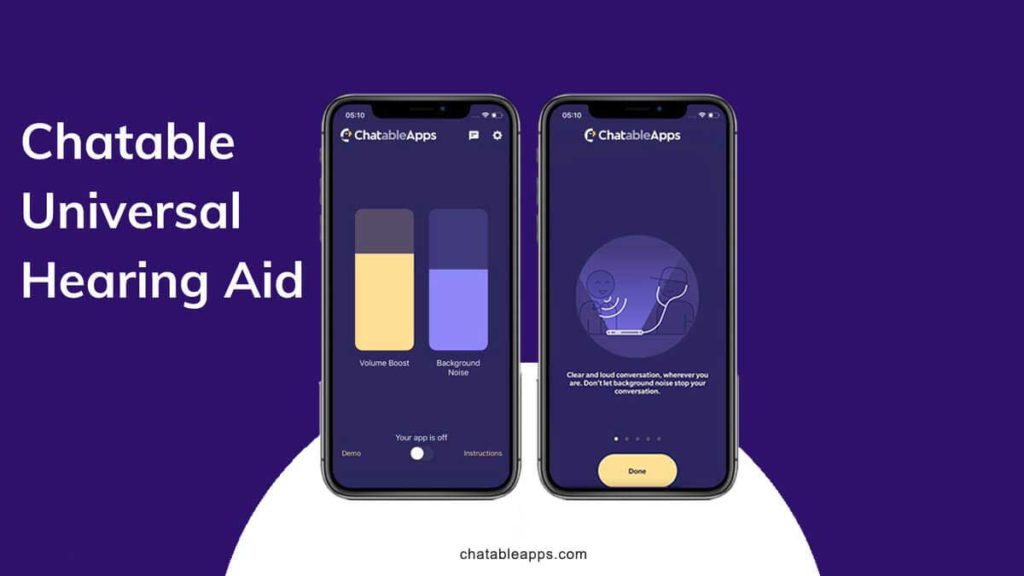 A universal hearing aid app has been launched by ChatableApps using AI technology. Unlike traditional techniques which focus on the ear itself, the ChatableApp targets the brain.

By reverse engineering the hearing process in a healthy human brain, a technique dubbed end-to-end synthesis was built. This allows sufferers of hearing loss to be able to hear one-on-one conversation using nothing but the app, and your average earbuds. Neuroscience-led AI records the sound being heard, and repeats it into the earbuds in real-time.

ChatableApp’s AI called VOXimity, instead of canceling out uninteresting sounds around the subject as is done traditionally, identifies and focuses on the voice we want to hear, recreating it identically but without any background noise.

“Chatable is using AI to address growing health care inequality by providing an affordable hearing aid app that helps with conversation.” said American entrepreneur and television personality, Mark Cuban, who was the first to invest in the ChatableApp.

CEO of Chatable, Giles Tongue describes the creation as a ground-up approach to hearing difficulty using AI which can be accessible universally, addressing an issue found globally. The App was launched immediately after preclinical trials after strong demand from audiologists during the pandemic, as lip reading was made impossible with everyone wearing masks.

Traditional hearing aids are of high cost, and many people are not covered by insurance. The hearing aid app provides a fast, simple, and more accessible solution to over 466 million people globally with disabling hearing loss to be able to communicate.

The founding scientist of ChatableApps, Dr. Andrew Simpson has been working at the intersection between auditory neuroscience and artificial intelligence. Dr. Simpson holds a PhD in neural signal processing and is widely published in topics of AI and hearing. As a result of this mashup of expertise, VOXimity, the real-time on-device speech processor, was created.

Dr. Simpson expresses that “putting an auditory cortex on a smartphone has been a dream for a long time” and describes the hearing aid app as “something of a scientific breakthrough”. Pre-clinical trials revealed that 86% of people reported that they preferred the ChatableApps to traditional hearing aid when conversing.