NFT Inc.’s ASKA takes flying cars from the realm of sci-fi to reality 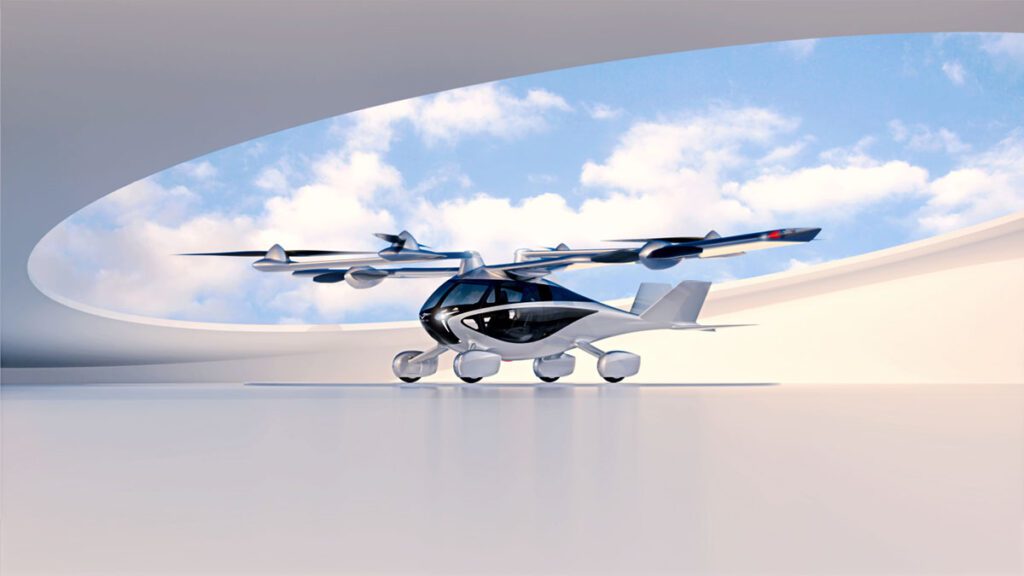 The concept of flying cars has triggered humanity’s fancy for decades, appearing in all kinds of sci-fi and futuristic forms of entertainment from the silver screen to video games.

With Marty McFly’s prediction of having flying cars by 2015 shattered, it looks as though the dream of “drive and fly” is in the early stages of being conceived.

U.S.-based NFT Inc. announced on Thursday the official pre-order for the ASKA, the first electric take-off and landing (eVTOL) vehicle designed and catered for consumers.

The company has also opened the world’s first consumer flying car showroom. Located in Los Altos, the heart of Silicon Valley, the sales showroom features demonstration models of the ASKA and also functions as a learning center about urban air mobility.

This private commuter vehicle enables people to live in a quality environment outside urban areas and to commute to the city center quickly and easily – door to door.

How to get one

The ASKA comes at a pretty heft price tag of $789,000 in its online pre-order phase, where interested customers can register to start the sales process by placing a $5,000 deposit to secure their place on the list.

The deposit will be held in an escrow account and is fully refundable.

Customers placing pre-orders will also be granted one option of share equity if eligibility requirements are met to comply with securities laws. VIP services included in pricing are Pilot License training, Customized interior/exterior design, and a Personalized license plate.

The ASKA is targeted for delivery in 2026, pending standard regulatory approval and certification.

NFT – which was founded in 2018 – hosts a team of aerospace engineers, automotive engineers, aerodynamics experts, flight control experts, who share a vision of reshaping the future of transportation with a real, semi-autonomous and autonomous flying cars, the company said in a statement.

The patent pending aerodynamic design enables ASKA to provide a driving experience on the road and fly safely and efficiently in the air. The initial limited model of the flying car has a flight range of up to 250 miles powered by electric motors and is equipped with a range extender as a redundant safety system.

Full electric system architecture of ASKA enables future models to convert range extenders to any other energy source such as hydrogen.

According to the company, people can board ASKA at their home, on the street or in a parking lot, and drive it like a regular car. To easily transition to flight mode, ASKA lifts off vertically in a designated vertipad launch space – no need to travel to a special air terminal or wait in line with other travelers.

As the wings open, the vehicle transitions to smooth flight, programmed to the driver’s destination. After safely transitioning to a vertical landing in a vertipad, ASKA can be driven as a car, or be parked in a standard parking lot, on the street, or in a garage.

However, the NFT highlighted that flying the vehicle will be made simple through semi-autonomous technologies, although pilot training will still be needed to operate ASKA in the air.

According to a statement from the company, ASKA’s development and flight testing are being conducted in accordance with FAA and National Highway Traffic Safety Administration (NHTSA) guidelines for certification.

It is worth mentioning that the FAA and EASA have moved ahead to certify street-legal conventional aircraft.

The flying car boasts a dual type of power supply sources for optimal safety, with each rotor having an independent battery power source plus a range extender power to ensure continued flight and a safe landing in the event of an emergency.

ASKA’s full scale flight demonstrations will be taking place in 2022, and the company is part of NASA’s Advanced Air Mobility National Campaign, along with Boeing, Bell, and others; ASKA is the only consumer-oriented company in this group.

“We have focused significantly on ASKA’s safety elements, which include dual energy sources, large wings, large propellers, and a 6 pack of batteries to ensure ASKA is as safe in the air as it is on the ground,” said Guy Kaplinsky, Co-founder & CEO, NFT, Inc.

Kaplinsky anticipates flying cars that are accessible to the public will be as instrumental in re-defining how and where humans live, as the original automobile was to the foundation of the U.S.’ highway and road systems.

“To build a better society and a better economy, we need better transportation solutions, and flying cars will be a part of that equation,” said Maki Kaplinsky, Co-founder & Chair/COO, NFT Inc.