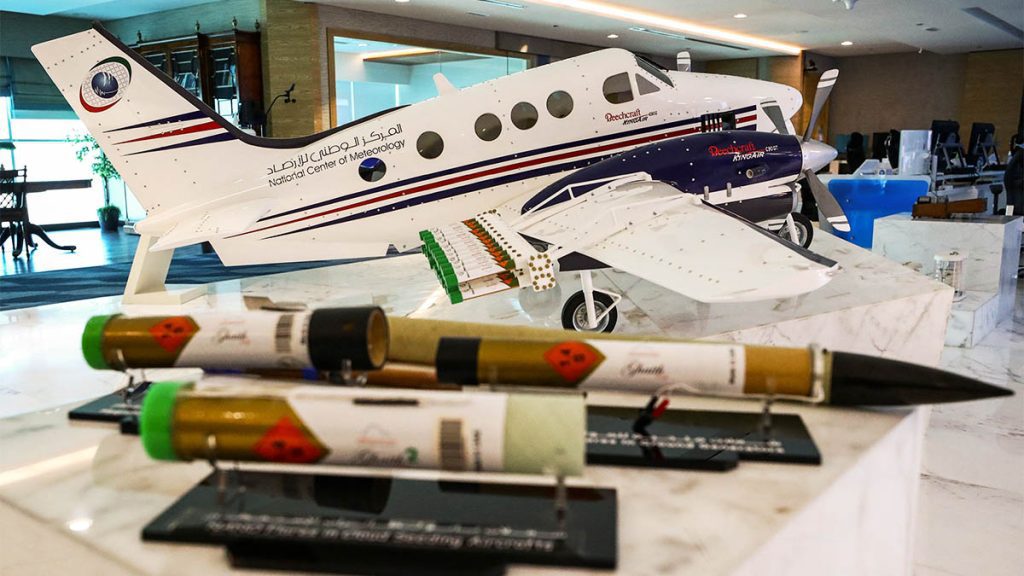 As a twin-turboprop aircraft takes off under the burning desert sun with dozens of salt canisters attached to its wings, United Arab Emirates meteorological official Abullah al-Hammadi scans weather maps on computers screens for cloud formations.

At 9,000 feet above sea level, the plane releases salt flares into the most promising white clouds, hoping to trigger rainfall.

“Cloud seeding requires the existence of rainy clouds, and this is a problem as it is not always the case,” said Hamadi, head of rain enhancement operations in the UAE’s National Centre for Meteorology.

The UAE, located in one of the hottest and driest regions on earth, has been leading the effort to seed clouds and increase precipitation, which remains at less than 100 millimetres (3.9 inches) a year on average.

The effects of climate change, combined with a growing population and economy diversifying into tourism and other areas have pushed up demand for water in the UAE, which has relied on expensive desalination plants that make use of seawater.

Officials say they believe cloud seeding can help. Scientists in Abu Dhabi combine shooting hygroscopic, or water-attracting, salt flares with releasing salt nanoparticles, a newer technology, into the clouds to stimulate and accelerate the condensation process and hopefully produce droplets big enough to then fall as rain.

“Cloud seeding increases rainfall rates by approximately 10 percent to 30 percent per year… According to our calculations, cloud seeding operations cost much less than the desalination process,” Hammadi said.

Other countries in the region, including Saudi Arabia and Iran, have announced similar plans as they face historic droughts.

Edward Graham, a meteorologist at the University of the Highlands and Islands in Britain, said the salt used in cloud seeding in the UAE does not harm the environment.

“In terms of carbon footprint, planes that fly up into the clouds are just small planes, when compared to the billions of cars on the planet and the huge planes doing international air travel everyday, it’s just a drop in the ocean,” he added.

Pilots based at the UAE’s al-Ain airport have to be ready to take off at a moments notice, flying over the reddish-yellow desert before directing their aircraft into the clouds located on the meteorologists’ screens.

“Cloud seeding is considered the second hardest challenge for pilots,” said one flyer, Ahmed al-Jaberi. “When there is a cloud, we try to figure out the way we need to go in and out of it and avoid thunderstorms or hail.”